Joanna Gaines Shared the Name and First Photos of Their Newborn

Fixer Upper stars Chip and Joanna Gaines have just given birth to baby number five! The family currently has four children, two boys and two girls: Drake, 12, Ella Rose, 9, Duke, and 8, Emmie Kay, 7. And the newborn has just officially made the ladies in the house outnumbered.

The newest dude to the Gaines crew (there’s a hint for you for what the name could be!) came into the world on June 23, and the parents couldn’t be more over the moon in love with their fifth child.

The name they chose for their newest son doesn’t follow the tradition of D names for the boys (remember, they have a Drake and a Duke). And it doesn’t start with an E like the girls either. The newest Gaines member’s moniker actually starts with a C and is actually a name that’s been becoming pretty popular in recent times.

The name they chose is Crew. Crew only showed up on the Social Security extended list in 1995 and was given to only six baby boys at the time. However, in 2010, Crew was in the U.S. top 1,000 and now currently stands at 712. There have been 339 baby boys given the name Crew in the last year.

The term “crew,” of course, is a slang term for a group of friends or people, and was actually first used this way in the 17th century, especially when referring to “navy crews.” Crew actually comes from the Latin word accrue, which as we know, means to increase or grow—perhaps that’s why the Gaines’ used this name for a seventh member of their family? 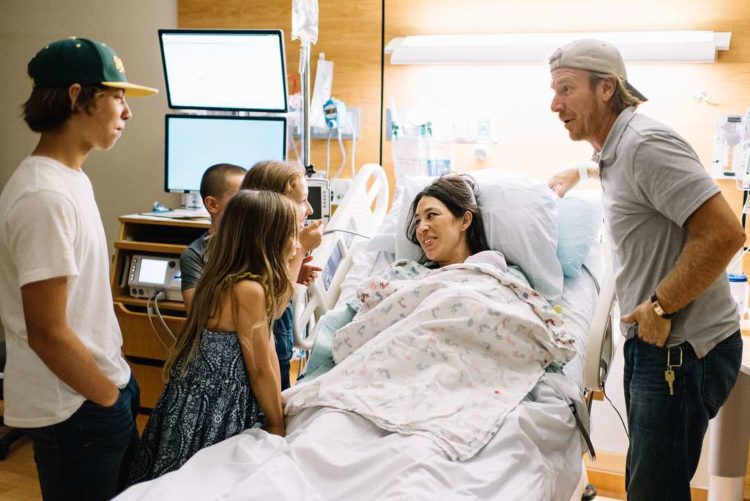 No matter the reason they chose Crew as the name, it’s apparent Chip, Joanna, and the rest of the Gaines family are just swimming with love for their new addition.

Joanna recently posted on her Instagram after her birth, sharing several of the sweetest photos from the day of the birth. Whether she’s cuddling her newest son, sharing a moment with her husband, or lovingly glancing at her oldest kids meet the newest, each photo is sweeter than the next.

She captioned the photos as follows:

“Our baby boy, Crew Gaines, is here and we couldn’t be more in love. He made an unexpected (and speedy) entrance into the world two and a half weeks early – which is fitting given he was a sweet surprise from day one. Thank you for all your thoughts and prayers. We are so grateful.”

In addition, Joanna also shared a photo of her kids with their ears up in front of the hospital door, trying to sneak a glance or even just a sound from their new baby brother behind the door. 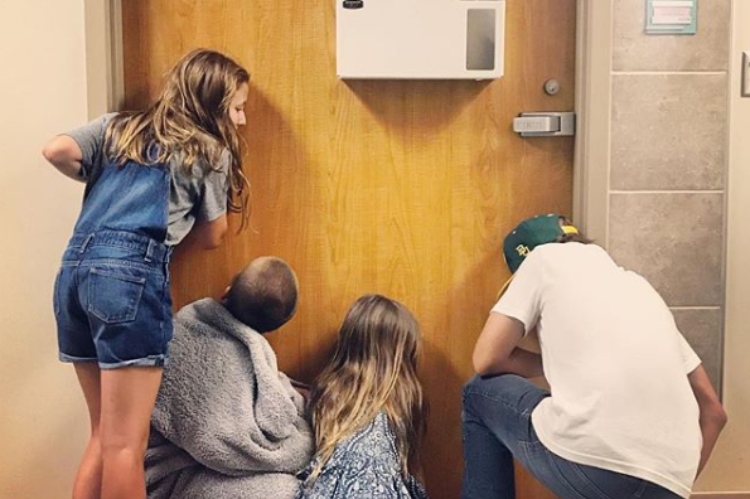 She captioned the photo: “One of my favorite pics a friend showed me after Crew was born. They couldn’t wait to meet their new baby brother.”

Congratulations to the Gaines family on another precious addition to their family! Crew Gaines is a lucky little boy to have such an amazing family. What do you think of the name Crew and these precious photos?