Imagine the shock Beth and Rick Hutchinson had when they gave birth to their son, Richard, and he was given a 0% chance of survival. Not even a 1% chance—an absolute 0% chance to live.

Richard was born on June 5, 2020, a whopping 131 days premature. He weighed just 11.9 ounces and doctors never thought he’d be able to survive on his own.

“When Rick and Beth received prenatal counseling on what to expect with a baby born so early, they were given a 0% chance of survival by our neonatology team,” said Dr. Stacy Kern, Richard’s neonatologist at the hospital.

Richard spent his first seven months of his life in the neonatal intensive care unit at Children’s Minnesota hospital in Minneapolis.

However, with odds against him, Richard began to grow and thrive. After being discharged in December, he just celebrated his first birthday—a milestone his parents and doctors never expected him to see.

In fact, he surpassed the previous record holder in the Guinness Book of World Record as the most premature baby to survive. The title’s previous holder, James Elgin Gill, was born in 1987, being born 128 days premature in Ottawa, Canada.

Though he was still on oxygen, a pulse oximeter machine and a pump for his feeding tube when he was discharged, his parents say that he has still come an enormously long way, and are working on getting him off of all of them. However, taking it slow is the best course of action. 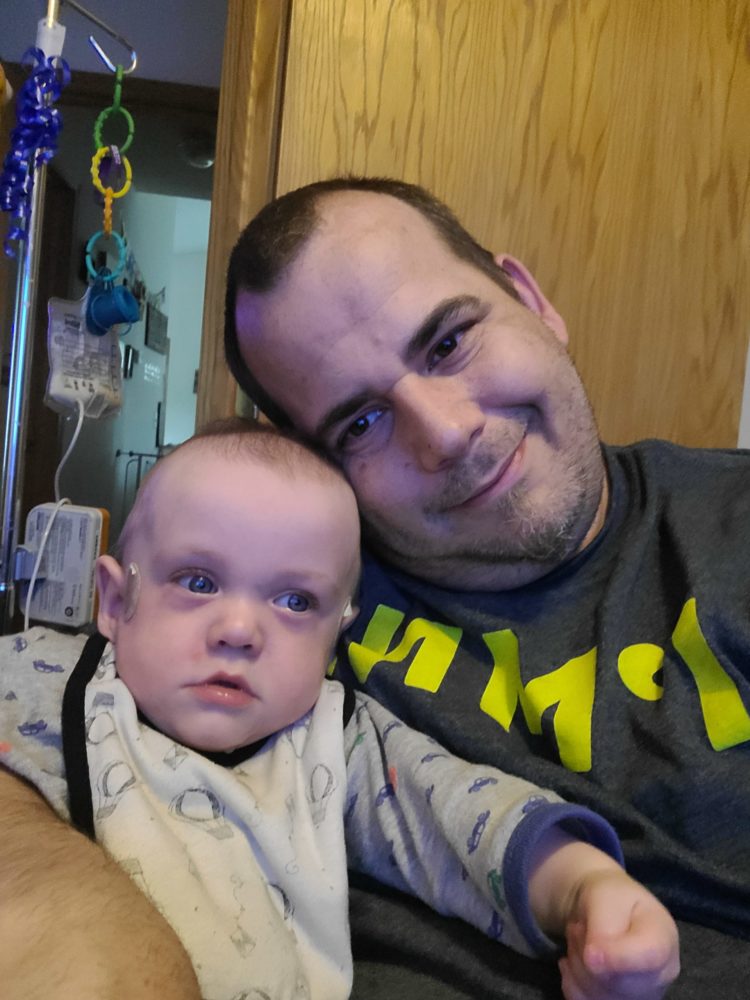 “It doesn’t feel real. We’re still surprised about it. But we’re happy. It’s a way we can share his story to raise awareness about premature births,” Beth said. “He is a very happy baby. Always has a smile on the adorable little face of his. His bright blue eyes and smile get me every time.”

With Richard being born during the height of the COVID-19 pandemic, they weren’t able to stay in the hospital overnight to be with their son for most of his life. But they were committed, and drove over an hour each day from their home in St. Croix County, Wisconsin to the hospital. In fact, many doctors believe that to be the reason Richard has survived so long.

“I credit his miraculous survival to his wonderful parents who were there for him every step of the way and to the entire neonatology team at Children’s Minnesota,” Kern said in the release. “It takes a village to care for and support these babies until the time they are ready to go home.”

Though Richard has made it this far, he isn’t out of the woods yet. If you’d like to help Richard’s family, please find their gofundme page here.

Wow! Can you believe little Richard made it to his first birthday after this long after being given a 0% chance to survive?