Picture this scene: You’re stuck in a traffic jam. It’s the middle of a snowstorm. Your kids in the car are cranky. Heck, you’re cranky. But there’s nothing you can do to get anywhere. You’re stuck.

So what do you do? Do you let the annoyance take over and take it out on your horn (and consequently all the cars around you)? Or do you try to make light of the situation?

One mom recently found herself in this exact scenario. Wendy Gossett was stuck in a jam for hours on a highway with her teenage son named Nathan and daughter Jordan. “There were like 20 cars piled up on the side of the road. It looked like a zombie apocalypse,” Gossett explained.

But she didn’t let it get to her. Her son, however, was having a hard time. Being a teenager, Wendy said Nathan was “totally stressed” sitting in the car not being able to get anywhere. He was hungry and tired, and just wanted to be at all anywhere else but in traffic with his mom, naturally. 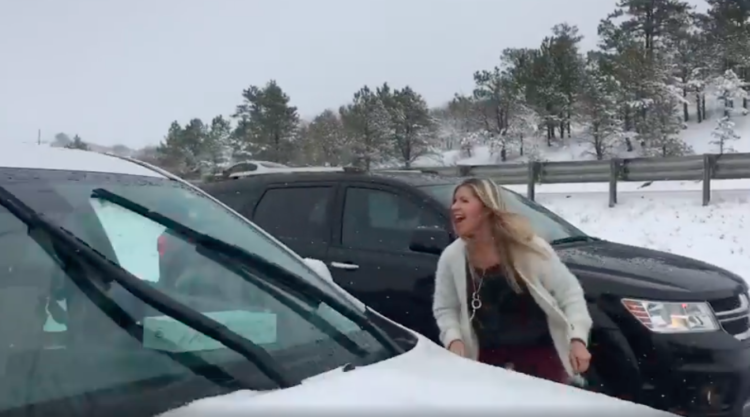 “I was kind of at the breaking point,” Nathan said.

But at a moment when he could have burst out from anger, the Backstreet Boys’ “Everybody Rock Your Body” came on the radio. And suddenly, Wendy knew just what to do. She wasn’t about to let her son’s grumpiness get her down. Instead, she chose a much better way out.

Wendy unlocked her car doors and got out of the driver’s seat onto the highway with all the stopped cars. She began to dance around the snowy streets, arms flailing in the air like she just don’t care, and sing and dance to the song—all to embarrass Nathan (and probably make some other people who were stuck in the jam’s day). 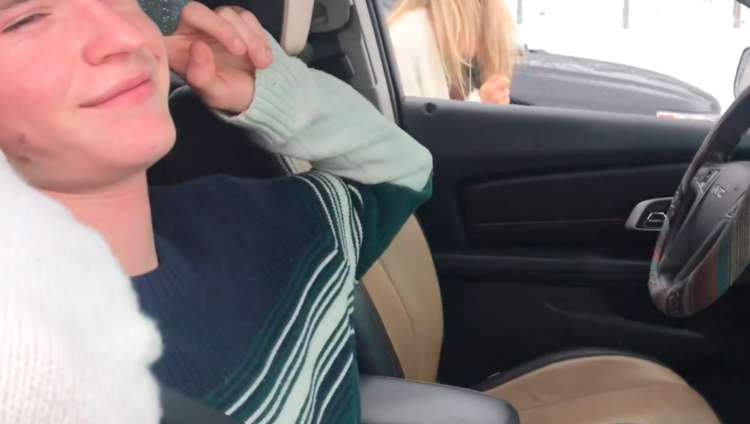 “I saw her going out and starting to dance, and all the other drivers looking at her. I’m like ‘please no, mom.’ She’s like, ‘record this.’ I’m like, ‘no,’” said Nathan.

Good thing Jordan was happy to oblige when it came to taping because Wendy’s dance skills are amazing—truly something else. As she saunters down the slushy highway, the song blasts and even Nathan couldn’t help but smile at one point (even through his fingers in his ears).

Gossett posted the video to her Facebook page with the caption, “This is what happens when you’re stuck for four hours on I 25,” and it’s since racked up more than 160,000 views. People are absolutely loving her dance skills.

The video even caught the attention Nick Carter, one of the Backstreet Boys, who tweeted at Gossett with, ““OMG!! Get back in your car lol. Ps. Nice jam.”

We’d probably hate this too if we were Gossett’s teenage son, but we sure love watching it on video! Check out how the whole snowy dance party went down—and catch Nathan’s smirk towards the end (he obviously loves it).

How adorable is this mom trying to make light of a bad situation? Have you ever witnessed something funny like this in a traffic jam?