Okay, little Mean Girls reference here, but it makes sense, right? When someone you admire (Meghan Markle in this case) is wearing a cool outfit, you likely feel like you need to wear it too. The question is, how much are you willing to pay for it?

The Duchess of Sussex recently donned a simple yet chic denim dress at the US Open Tennis Championships in New York. Markle was just there trying to support her friend Serena Williams in the match, but wound up doing something much more: Like racking up the sales for clothing retailer J. Crew.

Markle looks beautiful in anything she wears, but there was something about this piece of clothing that really made her fans go wild. Maybe it’s that Markle looked great in it, or maybe it’s just that denim dresses are the perfect season-long staple for any woman’s closet, but once people got their eyes on the dress, they couldn’t help but want to wear it too.

The dress was loved by so many that the first thing people did after seeing it was go online to purchase it for themselves. The dress became popular, however, that J. Crew wasn’t able to keep up and sold out of it in every single size in a matter of hours!

While the dress only retails for $118, once it was sold out, the demand grew even stronger. And you know what happens when people want what they can’t have? They wind up doing impractical things—like spending way more than they originally would. 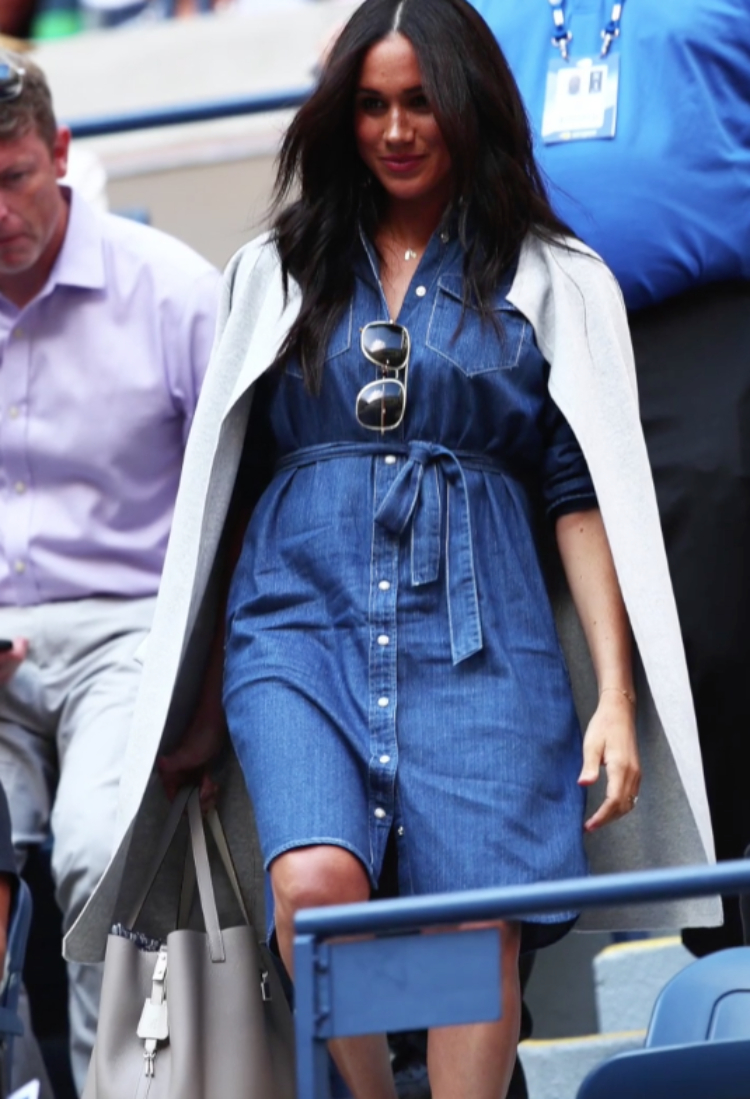 People who actually got a hold of the denim dress began to list it on eBay for more than double the price, and guess what? People are actually will to pay for it! Bids on the dress were up to £280!

The shirt dress features a V neck with buttons going down the entire front of it. It also has a denim tie in the front to bring the whole outfit together. Markle styled it by donning a gray sweater over it and accessorized with Victoria Bechkam sunglasses and Jennifer Meyer earrings.

Don’t worry, if you missed out on getting the dress, but don’t want to spend more than it’s worth, luckily, you can still purchase the dress at the moment, but the ship dates are way into December. So if you don’t mind waiting until the holidays, you’re in luck.

If you’re in a hurry, there are plenty of denim dress lookalikes being sold at J. Crew. Check out the video below to hear more on the Meghan Markle denim dress saga, and see what other dresses you might look that look just as good as the original!


What do you think of this denim dress that Meghan Markle wore? Would you be willing to spend more than double the retail price for it?