After she spent $500,000 to make it look like her daughters, Olivia Jade and Isabella Rose, were on the University of Southern California crew team (even though they weren’t), it looks like Lori Loughlin still has some extra money to spend.

The actress, who was arrested in the now-famous college admissions scam that occurred last spring, has reportedly hired a prison expert so that she can prepare to the best of ability if that ends up being the outcome.

The news came from a source close to Loughlin who reported it to PEOPLE. “She has someone who is advising her what to do in case she loses her case and goes to prison,” the source said. “The advisor is there to help her learn the ropes. That’s not to be construed that she thinks she’s going to lose her case. Lori is a planner, and she is doing what she needs to do for all contingencies.”

It’s probably best that she’s prepared—she’s currently looking at a 45-year sentence for her crime.

Loughlin and her husband, fashion designer Mossimo Giannulli, paid a nonprofit organization called Key Worldwide Foundation to delegate the ruse of the faulty sport participation of her daughters. They went so far as to even post photos of their girl using the rowing machine to really make it believable. 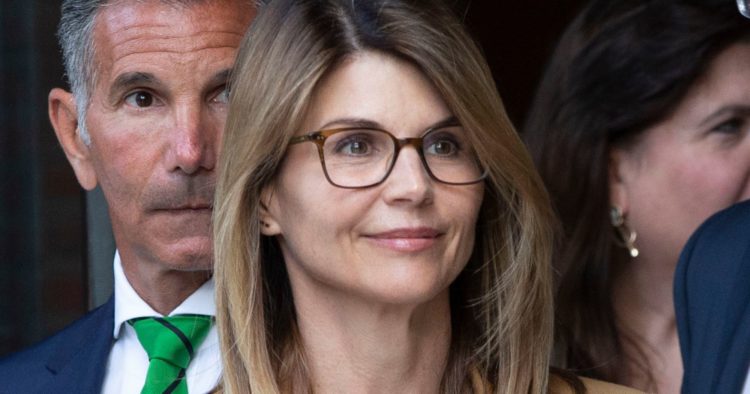 Loughlin and her husband have pleaded guilty to all the charges, claiming that they were unaware of what their money was going to.

“They realize that if they are convicted, they’ll have to serve time,” says the source. “And they’re figuring out what that would look like, which includes hiring a consultant to explain prison life to them.”

“The whole point is to have someone tell her how to keep herself safe,” the source continued. “She needs to keep a low profile if she’s incarcerated. Obviously, she’s going to stand out, because of all the publicity and because she’s a star. She can’t do anything about that. But she doesn’t want to stand out because she’s so green that she does the wrong things.”

There is some good that will hopefully come of Loughlin’s jail sentence—or at least, she’s trying to look on the bright side of things. Her thought is that she can take this as an opportunity to learn and grow.

“She wants to understand what the experience will be like, and how to not only survive it, but flourish in it,” says the source. “She is looking at this whole thing as a learning experience, and this is one more thing that she’s trying to learn.”

“Prison is a very different world than Hollywood, and Lori is just trying to be prepared,” the source concluded. “She’s preparing for the worst, but hoping for the best.”

To hear more about Loughlin’s decision to hire someone, check out the video below.

What do you think of Loughlin hiring a prison expert? Would you do the same thing in her position?