Have you ever have your kid turn to you with a frown, holding their stomach, saying it hurts? Sure, kids get sick all of the time, and a bellyache could mean the flu. Or that they ate something weird. Or they simply ate too much.

However, a stomachache might not be a sign of physical illness at all. It’s likely not their belly that’s actually aching, but their anxiety that’s causing the trouble. It’s just that they’re not sure how to accurately describe it and tend to say they have a stomachache instead.

It’s actually quite common for kids to develop anxiety in their younger years. One study that looked at more than 10,000 kids found that more than 30 percent of them had developed an anxiety disorder before they turned 18.

Unfortunately, about 80 percent of kids with anxiety don’t get treated for it, which is probably due to them not being accurately able to describe what they’re feeling (i.e., the tummy ache thing). 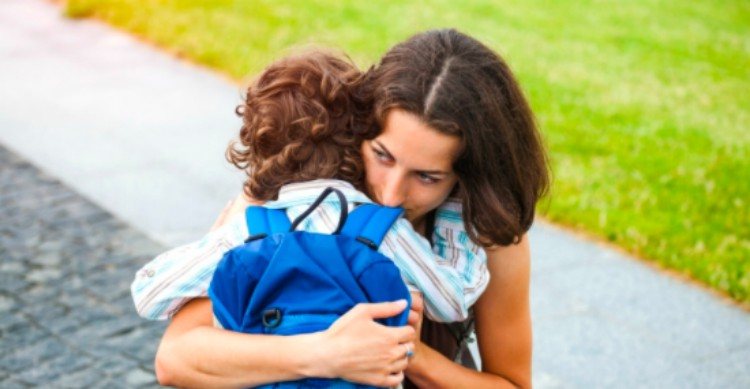 So how do you know what’s anxiety and what’s not? It can be hard for parents to decipher whether they’re sick or if it’s in their head, especially if all a child is saying is that their stomach is bothering them.

The thing is, anxiety does cause your stomach to hurt. In fact, that’s probably one of the most prominent physical symptoms of anxiety. Some other signs might include headaches, feeling hot, difficulty breathing, chest pain and dizziness.

However, most often, symptoms of anxiety manifest in kids manifest themselves in behavior. If your child often tells you that they’re stomach hurts but shows no other signs of being sick, there’s a good chance they’re dealing with anxiety.

Here are some other signs your child may have anxiety:

If this sounds like your child, speak with your pediatrician about how to best proceed with the situation.

Did you have anxiety as a kid? How did you deal with it?