As a parent, planning a child’s birthday can be stressful. Getting the invitations out, figuring out what design to put on the cake, how many goodie bags to make…

But, of course, it’s all worth it to see the smile light up on your little one’s face. There’s nothing like a birthday party with all your friends when you’re a child after all.

Angel Kazanis was planning her son Evan’s fourth birthday party at Chuck E Cheese. She had sent out about 30 invitations to friends and couldn’t wait for little Evan to be able to celebrate with them.

But when the big day arrived, no one showed up. While remaining hopeful at first, after time continued to tick on by, it became apparent that no one was coming. Angel was upset, but of course the birthday boy was even more crushed.

“He was looking at the door. You saw the disappointment on his face,” Angel said. 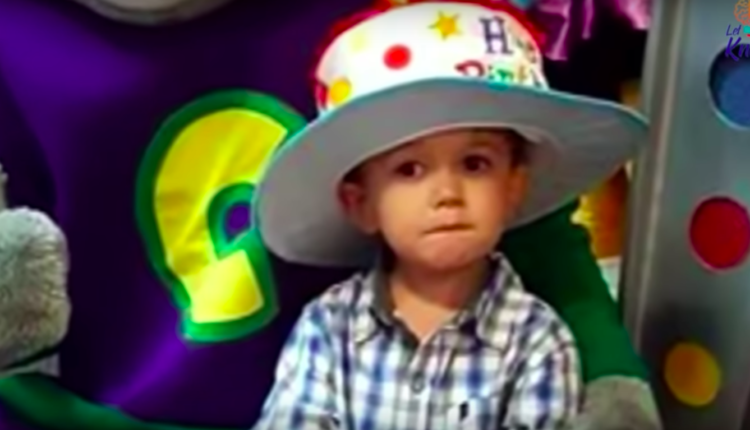 “I immediately ran to the kitchen and was so upset,” Taylor said. “[The mom] was handling it so much better than I was—she held it together and never let Evan know for a second she was upset, which I think was super awesome.”

After Taylor composed herself after watching the whole no-show party go down, she knew she had to do something for Evan. That same day, she posted to her Facebook page explaining what had happened, asking if anyone would want to help her throw the little guy a party with all the presents he deserved.

Well, less than a week later, Taylor had collected about 13 gifts for Evan just from the Facebook post! And so she called Angel and asked if they’d like to come back to Chuck E Cheese because she wanted to do something special for Evan after what had happened.

When they arrived, Evan was so elated by all the gifts and the new party that the old party seemed like such a distant memory.

“The day he came back in, seeing the smile on his face was everything I wanted,” Taylor said. “I had one goal that day and my goal was to make sure that he left happy. And he left going, ‘Oh my God, Mom, this is the best day ever.”’

Mom was in near tears as well from Taylor’s generosity and compassion. “I was shocked,” she said. “I had to keep myself from crying. I didn’t want him to see how this affected me. They made him feel a million dollars, like he was the most important kid in the whole world.”

“He is not going to forget it. He remembers everyone and everything,” she added.

Taylor said it was one of the most rewarding experiences of her life. To see photos from Evan’s second party she threw for him, check out the video below!

We’re so glad this little boy was able to celebrate his birthday the way he was always supposed to. What do you think of what the Chuck E Cheese staff did for Evan? Would you ever do something like this for a stranger?