Is It OK to Drink the “Stale” Water You Left Out Overnight?

How many times have you poured yourself a glass of water before bed—and then consequently left it on your night stand before finishing it? Or grabbed a bottle of water, drank half, and then left the remainder in your cup holder of your car?

Of course, we’ve all done those things. Heck, I did it last night when I woke up sweaty and needed a quick drink. I just reached over on my nightstand and drank the half-drunk bottle I had opened the night before that was chilling there.

It’s common to wake up thirsty since our body tends to become dehydrated overnight as we sleep. But is there anything we should know about water left out too long?

What happens to water overnight?

First off, there’s definitely a different taste to water that’s been left out for a while. It makes sense when you think about it. If you leave wine out, the flavor changes, or if you leave beer out, it could go sour.

The longer water sits out, the more carbon dioxide will get into it, forming carbonic acid, which can lower the pH balance just a tad— which, in turn, can make it taste different.

Additionally, particularly with tap water, any chlorine that added to your municipal water supply (which makes water from different areas taste different) can evaporate in the amount of time the water was left out, which may alter the flavor. That’s why it might taste a little stale or musty.

But the question is: Is it safe to drink day-old (or more-than-a-day-old) water that’s been sitting out? 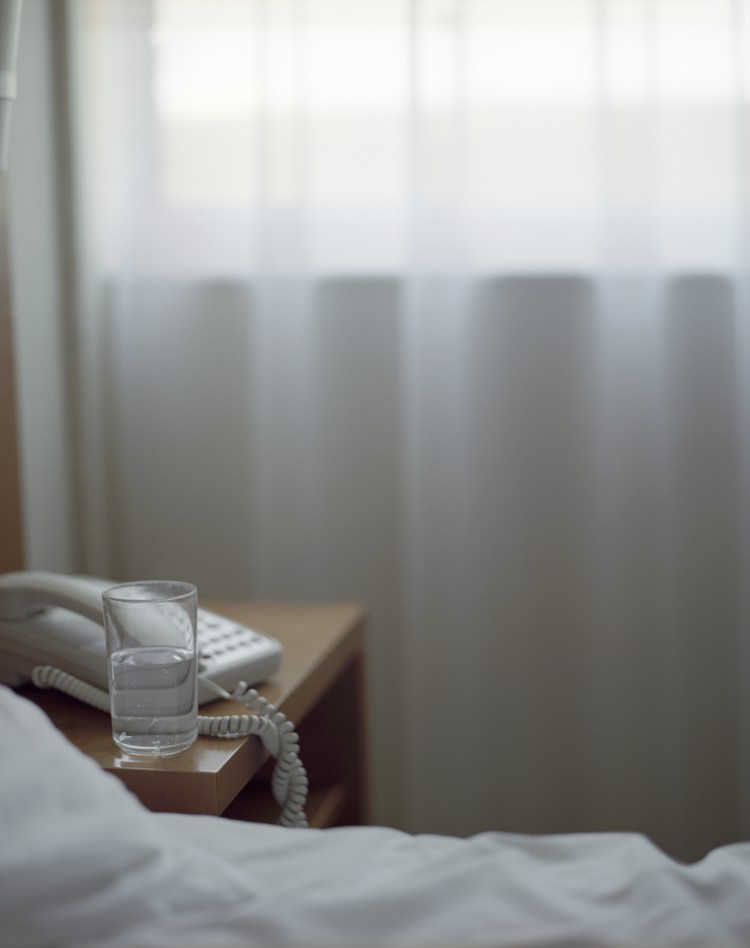 When you leave a glass of water out overnight, besides the natural chemicals, there’s also dust, debris – even bugs – that can drop into your glass over night and contaminate your water, reintroducing bacteria. Furthermore, your own saliva carries bacteria, so if you drank the water, then left it out, and drank it again, all of that could be mixing around in the glass.

Sounds gross, right? But here’s the thing: Since it’s your own bacteria, you’re unlikely to get sick from it. And unless the water is left out for multiple days in a row, this probably won’t be enough to make you sick— just taste a little funky.

So really, overnight water isn’t the biggest concern. While there are some minimal concerns about drinking stale water, chances are you’ll still be alive and well after doing it.

What is worth being a bit more vigilant about is leaving a half-drunk bottle of water in your car or anywhere where it can be exposed to sunlight. Plastic bottles can house things such as BPA, a chemical that has a lot of controversy surrounding it about whether it’s dangerous.

While BPA isn’t something we’d ever recommend ingesting, chances are, a few days in the sun won’t cause a toxic level of BPA. But no matter what, it’s probably best to just grab a new water bottle anyway, just to stay safe.

That brings us to the main concern here that a lot of people don’t think about: the bottle, glass, cup, or mug that the water is in. While bacteria can breed in water, it’s the cup that you should be concerned about. The water will likely be fine, but it’s the cup holding it that could cause you to get sick. Who knew?

Learn more about what the cup has to do with it, why you shouldn’t share drinks, how to stay hydrated, and more in this informative video below!

Did you drink overnight water? Do you notice it was a funky taste to it? Have you ever thought about how it can affect your health?