Kids love homemade marshmallow playdough because it’s squeezable, cheerfully-colored, and a tad bit yummy. But it’s a treat for parents too: an inexpensive, natural alternative to the store-bought stuff, and 100% safe to eat. Inspire creativity at home with a fun 5-minute project that you can stretch, squash, roll, chop, poke, sculpt, and even taste!

Anyone with little ones knows that when they’re having a blast with playdough, some of it is going to end up in their mouths. It makes sense — the colors look so tempting! We eat every other kind of dough! That’s why we’re so into this homemade playdough recipe, because the four simple ingredients are completely edible: just marshmallows, coconut oil, food coloring, and cornstarch. And though it’s not going to be anyone’s afternoon snack, it does taste sweet — but most importantly, you can relax when your youngster inevitably goes in for the taste test. (You might even have to sneak a nibble yourself!) 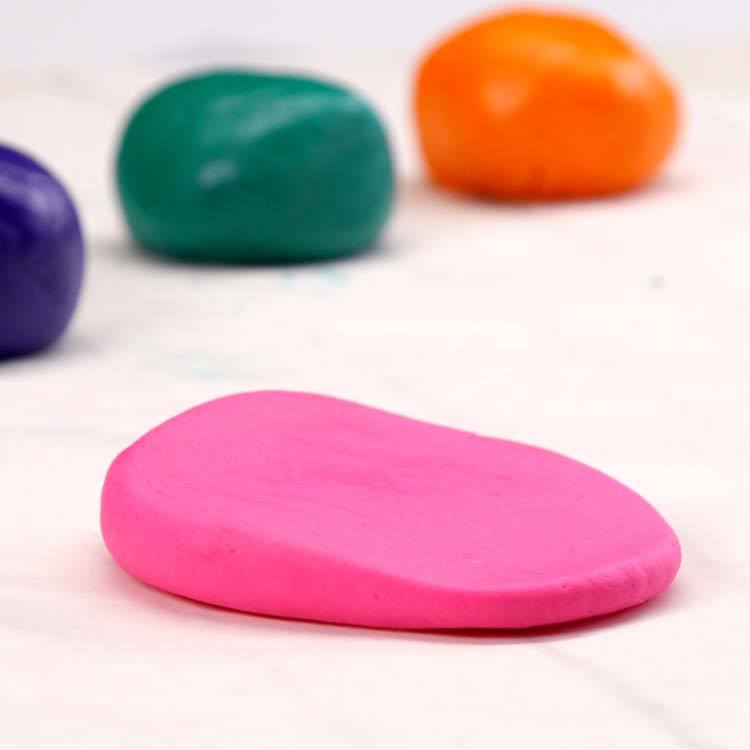 It’s a given that playdough is fun. But it’s also an amazing tool for growing minds exploring shapes, colors, and textures, building fine motor skills, and letting their imaginations run wild. This playdough is so much easier to make in the microwave than those involved recipes you’ve seen with a lot of science project ingredients. It’s such a snap that you can even recruit some little helpers for the kneading (just make sure the marshmallows are cool enough to touch after microwaving).

Which kid were you, the one who fastidiously kept their playdough colors separate, or the type who couldn’t resist combining colors and ended up with a lot of brown playdough? Know that this marshmallow playdough will stick very securely to itself, and if the different colors get stuck together, you won’t be able to yank them apart. With that said, swirling colors together to make a galaxy effect or stacking up the colors and then slicing through to make rainbow stripes could be really cool for older kids to experiment with.

As anyone who has enjoyed a good s’more can imagine, this marshmallow dough can get pretty sticky. Try coating your kids’ hands with a teeny bit of coconut oil to keep the dough from sticking, and tape some parchment paper to the table or play with it on a silicon baking mat. (Especially if you have a light-colored table or countertop, because the food coloring might stain light-colored surfaces). We really like that doesn’t leave behind any crumbly bits — so when your kids are on to their next project, clean-up is simple. 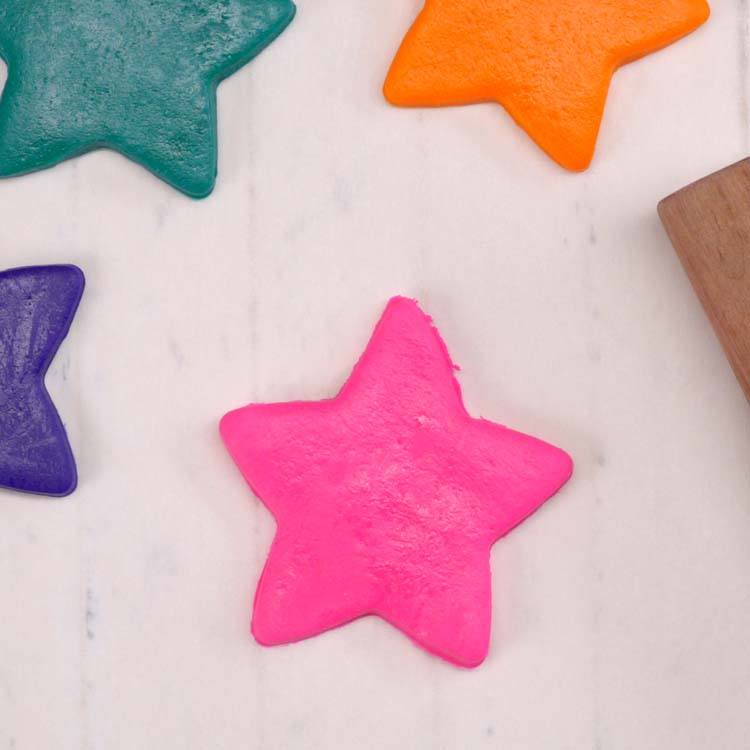 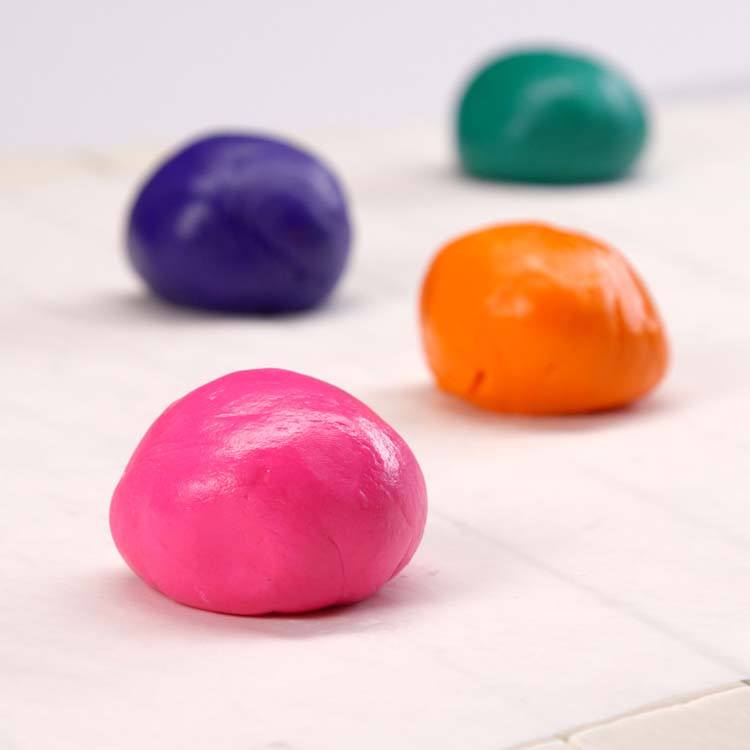 What incredible edible creations did your kids make with this homemade playdough? If you’re looking for more creative projects to do with your kids, try our recipe for homemade rock candy.

Recipe adapted from One Little Project.