Photographer Tiptoes Through The Tulips To Shoot Harvest Mice, And The Result Will Make Your Day

Here at TipHero, it’s no secret that we’re more than a little obsessed with all things cute. As a matter of fact, our fingertips pretty much begin touching those keys seconds after we encounter something “totes adorbs” on the Internet–from giggling babies to sleep-resistant puppies to protective raccoon mamas, and everything in between!

And, though we’ve certainly provided you with quite the wide range of cuteness over the years, we’ve recently come to the realization that one major group has been neglected–mice!

Ok, ok, we know that some of you consider mice to be vermin that aren’t welcome anywhere near your home or possessions, but hear us out here–these little creatures can actually be really, REALLY cute. And, we’re not including Mickey or  Minnie in this argument.

Just take a look at this adorable harvest mouse, for instance… 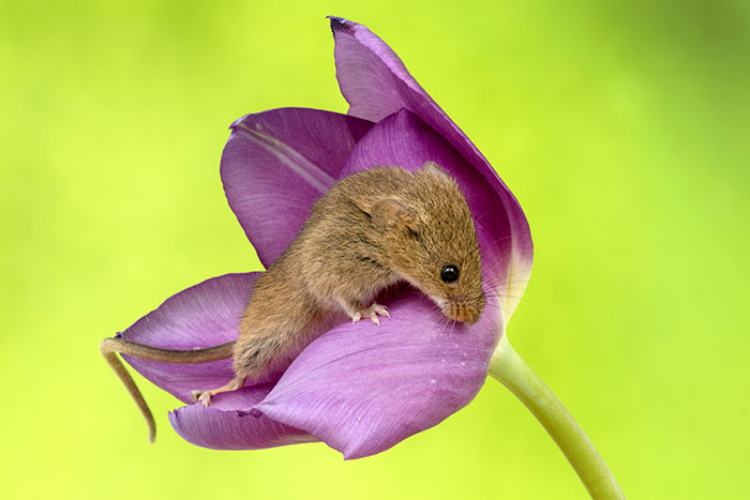 Now, how in the world could you set out a sticky trap for one of these sweet rodents knowing full well that he and his family just love to repurpose vibrant tulips into tiny hammocks?

These incredible shots were taken by British photographer Miles Herbert who runs nature photography studio Captivelight. In an interview with Bored Panda, the wildlife photographer shared some of his trade secrets on how he manages to capture such exquisite shots. 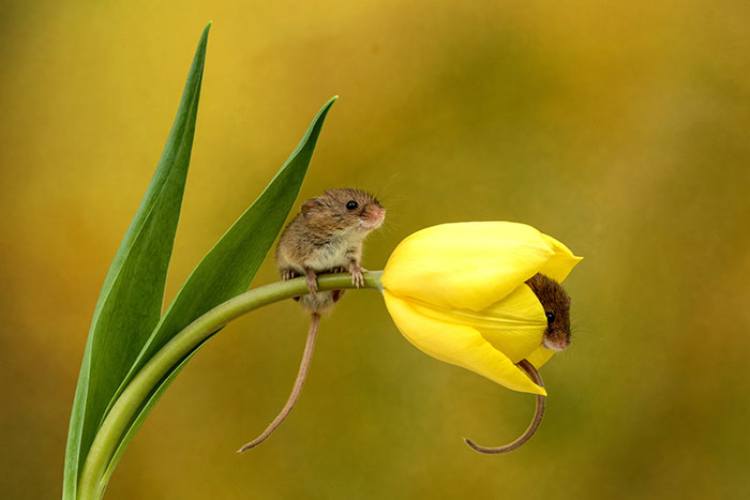 Perhaps, unsurprisingly, Herbert doesn’t always just happen upon hoards of serene harvest mice who don’t mind posing for pictures for him as they chill atop their prized tulips. As it turns out, he captures some of his most iconic shots indoors at Captivelight, his photo studio that also happens to double as a captive breeding space for harvest mice and other creatures.

“Nearly all the animals we photograph are captive bred, the mice are bred to release into the wild at a local nature reserve,” Herbert explains. “We prefer to use captive-bred animals rather than disturbing wild populations, and captive-bred animals are more sustainable.”

Now, before you cry out “animal abuse,” it’s important to note that Herbert’s captive mice population is very, very happy! Apparently, they love to dine on the stamens and nectar from the colorful flowers.

How cool is that?! According to the photographer, Captivelight also provides photography services and studio time to budding nature photographers who are interested in shooting wildlife in a more contained environment. This means that anyone with a camera can have a go at taking similar, striking photos!

“Using a purpose-built studio means that we are not weather-dependent,” Herbert says. “There is also an option to photograph animals outside if the client wishes. Our other specialty is frogs!”

We don’t know about you, but if we got a chance to travel to the U.K. to photograph animals, we would DEFINITELY stick with cute and fluffy–not the jumping and slimy! 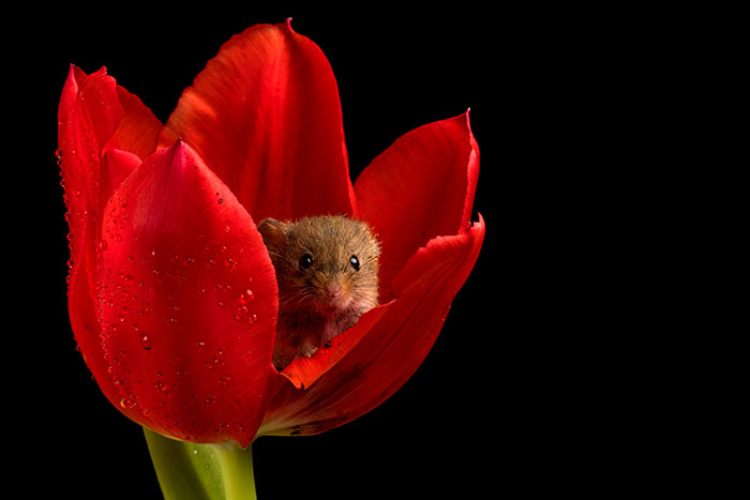 But, no matter what animals you’re into, there’s no question that these harvest mouse glamor shots sure are extraordinary!

We’d love to hear your thoughts on these beautiful photos. Are you a fan of nature photography? Have you ever had the opportunity to take photos of animals in a captive environment? If so, would you like to share some of your gorgeous shots?