Psychologists Say That a Good Marriage May Help You Live Longer

Want to know the secret to a long, happy life? Of course, you can eat healthily, follow a consistent exercise regimen, get plenty of sleep, and keep a clear head, but did you know that being part of a happy marriage can also extend your life?

This comes from a recent study published in the journal Health Psychology. In it, researchers took data from a widespread study which included interview responses from an astonishing 19,000 married people. The original study, the General Social Survey, was conducted between the years 1978 and 2014 and, amongst many other things, dove into the subject of marriage quality.

What’s especially incredible about their findings is that the “happy marriage” participants didn’t just live slightly longer lives than their peers, they were 20% less likely to die during the time frame in which the study was conducted.

So, why are happily married folks living longer than those who are in “not so happy” relationships? Well, study co-author Mark Whisman, a professor of psychology and neuroscience at the University of Colorado Boulder, has some pretty sound theories.

According to Whisman, there are key benefits to happy marriages that unhappy spouses don’t necessarily get. Here are the most important ones:

It just goes to show you that it’s important to pick your partner wisely because the quality of your relationship with them can have a massive influence on not only your mental health, but also your physical health, too. So, if you and your honey are considering marriage, it’s time that you take an honest look at red flags and incompatibilities prior to taking the plunge. Your health depends on it! 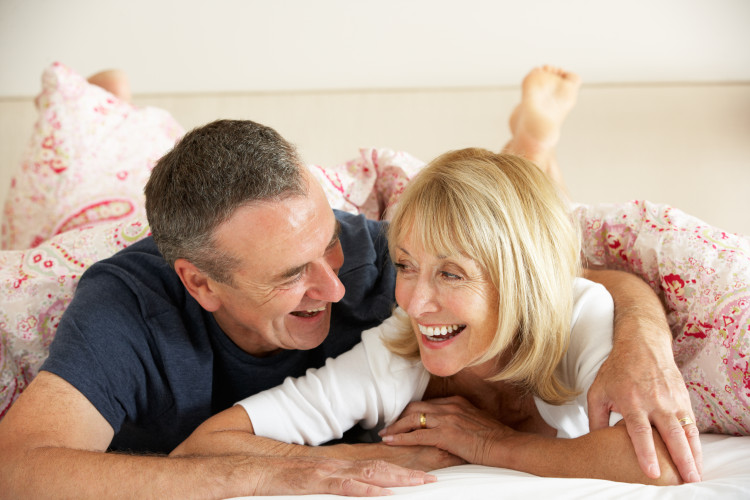 We can’t wait to hear your take on this new marriage study. Are you part of a happy marriage? If so, do you think your good relationship has helped your health? Do you have any marriage advice that you would like to share?