Since the COVID-19 outbreak began, we’ve learned quite a bit about the virus. But we’re still learning things every day—even things that go against the things we thought we once knew.

One of the biggest misconceptions about coronavirus is that it “only” affects the elderly or those with compromised immune systems or preexisting conditions. Because the virus affects these people more, those who don’t fall into those categories tend to think they’re safe. And while they may be less at risk for the virus, that doesn’t mean it can’t affect them.

One man is proof of this. His name was Zach Overy. As a healthy 35-year-old father of five children, both he and his wife, Jenn, just assumed they’d both be fine if they were to be diagnosed with coronavirus. But that, unfortunately, wasn’t the case.

“The only thing that we were kind of naive in thinking is that we had age on our side,” Jenn recalls. “We thought if something were to happen, we would be OK.”

Though he still took proper precautions, like sanitizing and social distancing, Zach was diagnosed with COVID-19 on June 20, 2020, and things escalated quickly. He suffered a fever, cough, loss of taste, and smell and in general, it was “hard for him to function,” Jenn explained.

Just six days later, Zach’s condition became so bad—including a fever spike of 104.7—that he had to be taken to the University of Iowa Hospitals & Clinics. Though she didn’t know it at the time, this would be the last time Jenn would see her husband. She wasn’t allowed to visit him in the hospital. 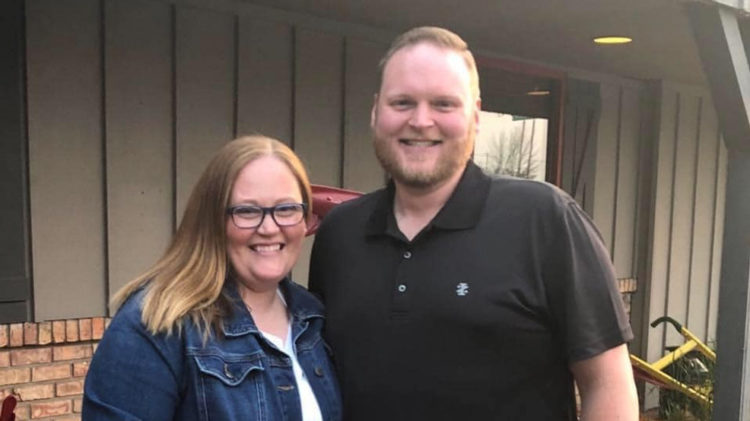 In addition to the hospital’s protocols of no visitors, “My five kids and I were quarantining ourselves – just in case – because we obviously were exposed,” Jenn said, “so we just stayed home. I called every three or four hours to get updates 24 hours a day.”

On July 4, there was a point of hope where Zach became responsive again. But sadly, the virus began to gain steam once again just two days later and by July 7, Jenn was faced with the most difficult decision of her life after the doctors told her that they didn’t think he would make it.

“We made the decision to just make him more comfortable – because they were trying everything they could, but there was really nothing that could be done,” Jenn said.

Jenn hopes that her story will encourage people to take this pandemic seriously and practice all the health precautions they can to not only keep themselves safe, but others around them, too.

“It’s unpredictable. No matter what steps you take. If you do everything, you still don’t know,” Jenn said. “I couldn’t live with myself if someone got sick because we were carrying something that didn’t have symptoms.”

If you’d like, you can donate to Jenn’s GoFundMe page, set up to help her get through life as a widowed mom to five kids.

What kinds of precautions are you taking every day to slow the spread of coronavirus?