If ultra famous singer Michael Bublé handed me a microphone during one of his concerts I was attending and told me to sing my heart out, let me tell you all the things I might do: I might completely freeze where I’m standing. I might turn beet red. I might literally vomit on his shoes.

I would do a lot of embarrassing things, but one thing’s for sure: I wouldn’t confidently take microphone out of the singer’s hands and then perform a perfect rendition of “At Last” by Etta James.

And yet, that’s exactly what 21-year-old Erin Bellucci found herself doing on a Wednesday night at Madison Square Garden. When the University of Delaware college student, who is currently majority in music education, got to the concert with her sister Allison, the two had no idea what was in store for them.

At one point in the concert, Bublé began to talk about all the kinds of songs that people like the sing in the shower. Erin and Allison were front and center, and began to jump up and down, specifically Allison, who kept telling Bublé to let her sister sing.

“My sister was screaming and raising her hand. ‘My sister sings in the shower,’” Erin said.

And by some miracle, Bublé actually heard them and came over to the two girls, asking Erin what her favorite song to sing in the shower is. And just like that, Bublé felt like he had enough information to trust his gut and let this girl sing, right then and there, at his very concert. 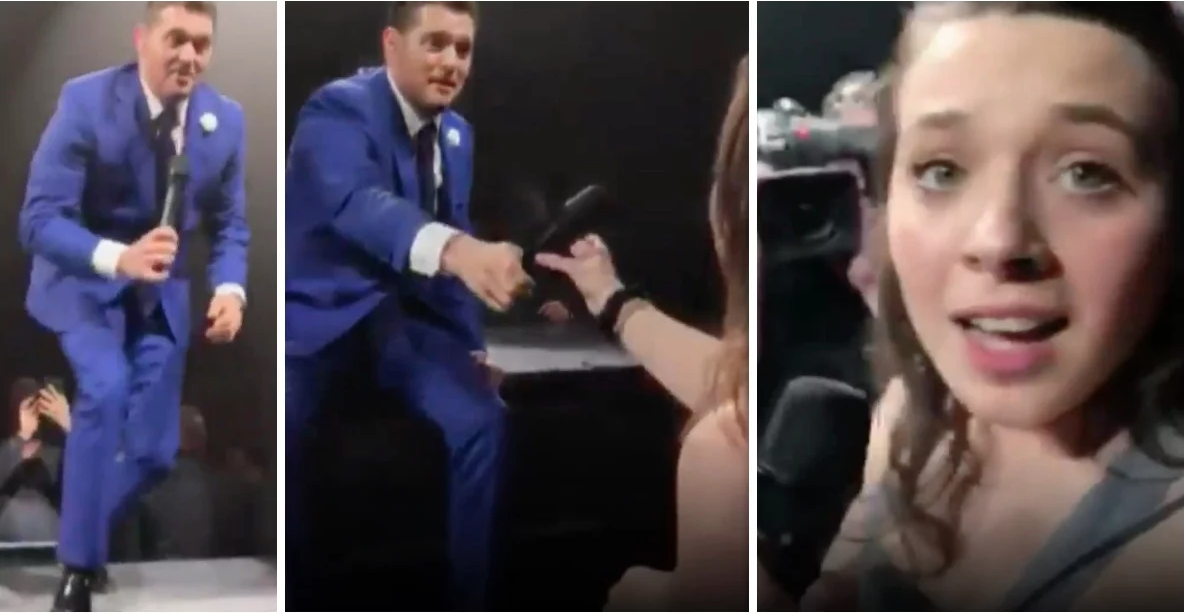 “I was stammering, but then I heard the music,” she said. “I’ve sung that song so many times, they had the piano ready to go, and I knew I had about 30 seconds to sell myself.”

And boy did she sell herself. Her performance was so amazing that you’d think the whole thing was a set-up, but Erin swears it wasn’t.

“It wasn’t planned,” Erin said. “It was really just a series of incredibly lucky – beyond incredible – events that transpired.”

She’s referring to the fact that the only reason she even got the concert tickets in the first place was because of her sister’s connections. Allison worked at a PR firm and one of her clients, a restaurant, was looking for someone to sing.

Allison of course volunteered Erin, and she accepted. After she sung at the restaurant and was a hit, the owner, who just happened to Michael Bublé’s executive stylist, was so impressed that she offered the two girls tickets to this very concert that made Erin famous.

Even Bublé himself was impressed with Erin’s voice. “That was so beautiful. That may not be your last time here. That was incredible,” he said.

Like Bublé said, we’re sure this definitely won’t be the last of Erin. You’ve really got to hear her voice to believe it! Check out the amazing performance in the video below.

What do you think of Erin’s singing? What would you do if you were at a concert and were handed a microphone?