Chronic migraines are nothing to take lightly. With symptoms ten times as painful as your average headache, migraine sufferers often have to take weeks out of work or school, isolating themselves to a dark, quiet area where they can try and nurse the throbbing pain away. It’s not joke, that’s for sure. An estimated 37 million people in the U.S. alone suffer from this seemingly never ending pain, with most of them taking doctor prescribed pills to ease the intense discomfort. But for some people, medicine is not their preferred method of healing; some prefer a more holistic method.

While some holistic methods might involve massage, acupuncture, meditation, aromatherapy, and other types of alternative medicine, maybe people are taking a more…fashionable attempt at lessening the pain of chronic migraines. The daith piercing is a fairly common one, seen on the innermost cartilage fold of the ear. While the piercing is a popular fashion statement, it also works as a more holistic method of migraine relief as an alternative to medication. 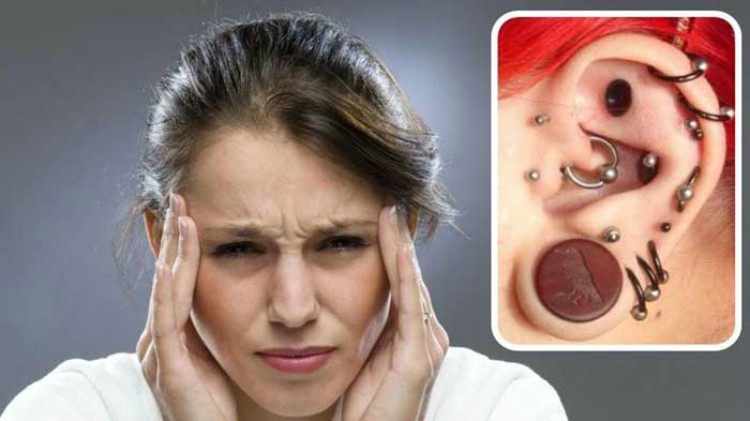 As strange as it seems, this unassuming piercing can help with most of the painful symptoms of chronic migraine. This surprising cure acts as auricular acupuncture would, in that it hits a specific pressure point in the ear meant to relieve pain.

According to the NHS, acupuncture works by stimulating nerves under the skin and in muscle tissue. This results in the body producing pain-relieving substances, such as endorphins, which are likely responsible for any beneficial effects seen with acupuncture. Daith piercings work in almost exactly the same way – only they’re more permanent and a lot cuter. 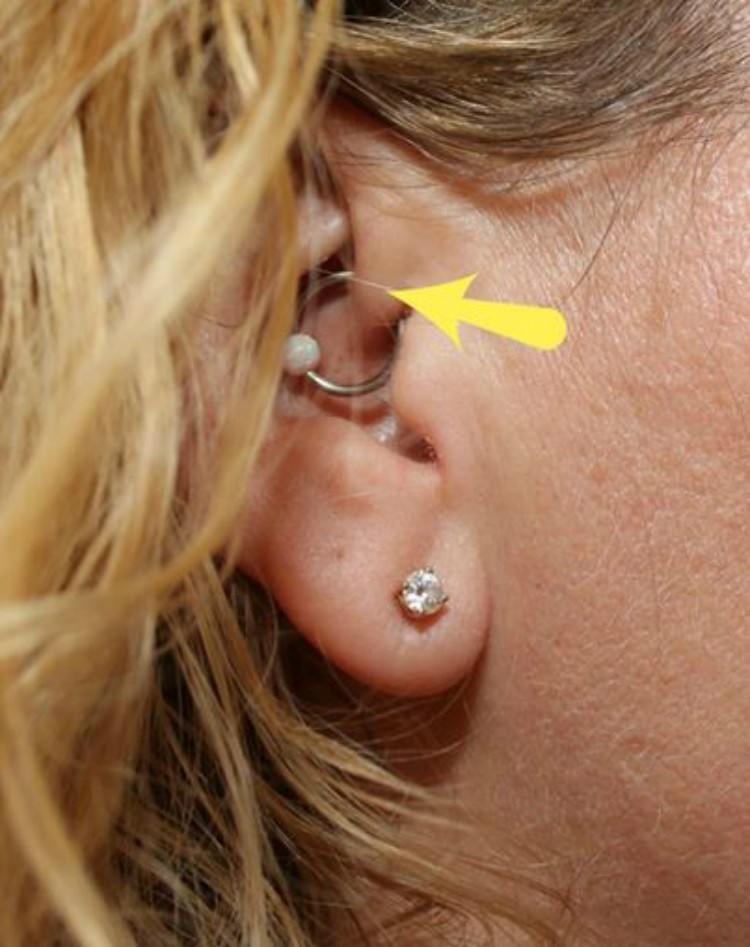 Since the discovery of this functional earring has been made public, hundreds of people have showered the piercing with praise on social media, encouraging others who suffer from chronic migraines to follow suit.Nicole Bandes, from Arizona, is one of the hundreds who have seen a dramatic change in their life since getting their daith piercing.

“I’ve now had this (piercing) for over six months and can honestly admit that is has worked for me,” Bandes writes on Facebook. “I’ve seen a reduction in frequency and intensity of my migraines where nothing else seemed to help. My husband noticed it before I did (and that’s saying something). Maybe I just wasn’t willing to admit that it was actually working. Since getting it, I think I’ve had less than five migraines. Only one of those has actually made me fully non functional for a day. I’ve dramatically reduced my use of drugs to deal with the migraines.”

Another fan, Natalie Thompson, says that the piercing has helped reduce the intensity of her migraines, taking them from a 7 to a 3 on the pain chart. That alone is enough to improve your entire quality of life.

These mystifying earrings might have popular approval, but is this a trick of the mind? Do daith piercings really, scientifically, work?

Experts says yes, but not for everyone, and not forever.

“There isn’t a lot of hard science behind the correlation between daith piercings and headache relief. Some people have found temporary relief with this method, but it certainly won’t work for everybody,” says migraine exprt Dr. Thomas Cohn.

Are you someone with chronic migraines? Do you have a daith piercing and if so, how does it help your daily pain? Share your thoughts and experiences with this trend in the comments section below.