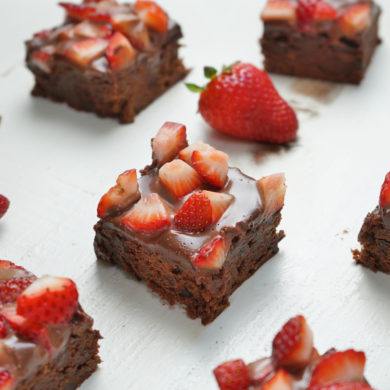 There’s no dessert more decadent and romantic than chocolate-covered strawberries— or so we thought, until we made these fudgy brownies studded with chocolate chunks and topped with fresh strawberries and rich chocolate sauce.

The thing you’ll really swoon over? These chocolate-covered strawberry brownies are as easy to make as they are scrumptious.

We started with our favorite boxed brownie mix – but you could use your go-to recipe for brownies from scratch – then we doubled up on the chocolatiness by stirring milk chocolate chips into the batter. While the brownies were cooling, we tried very hard to resist eating the whole pan immediately, and chopped up some red, ripe strawberries. 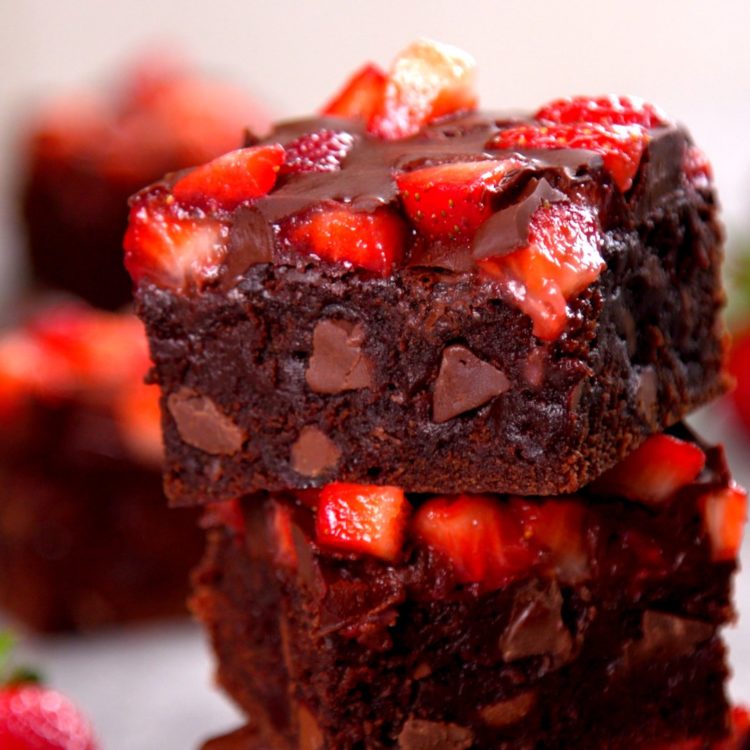 We spread the sweet strawberries on top with a two-ingredient chocolate ganache that’s so easy, you can make it in the microwave. The result was the prettiest pan of brownies we’ve ever seen — definitely worthy of taking to a party or gifting to a special someone with a sweet tooth. 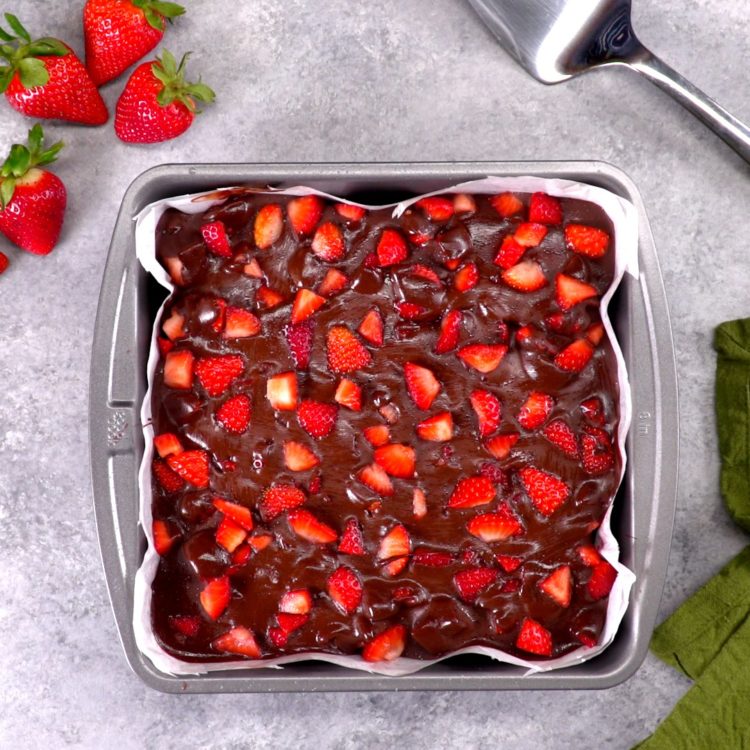 The glossy chocolate strawberry topping makes these moist brownies taste like truffles — and no one can argue with the classic flavor pairing of strawberry and chocolate. 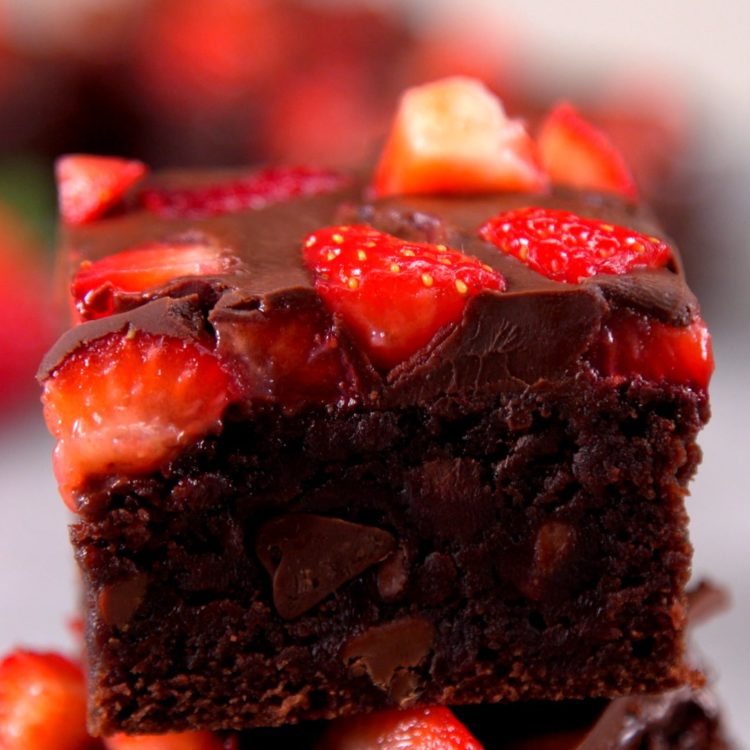 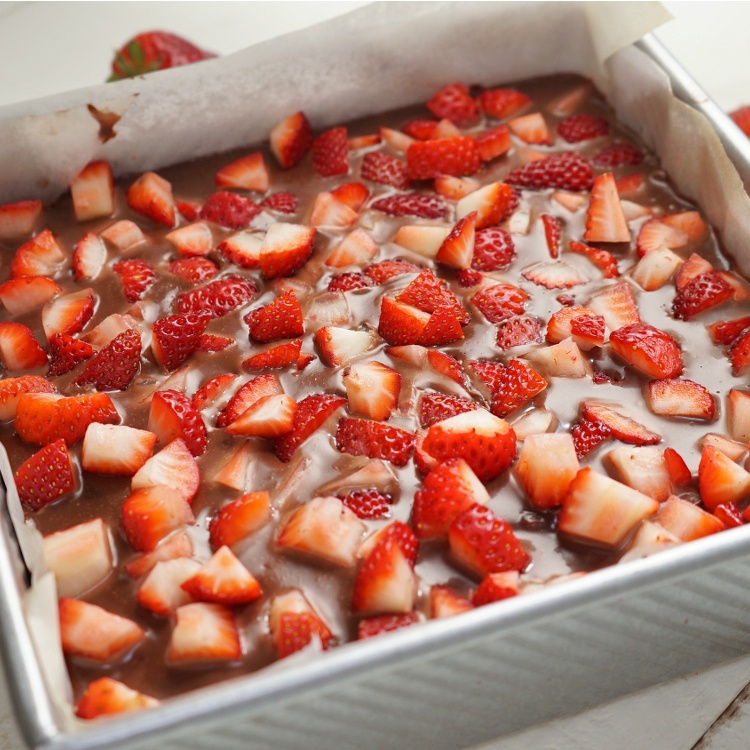 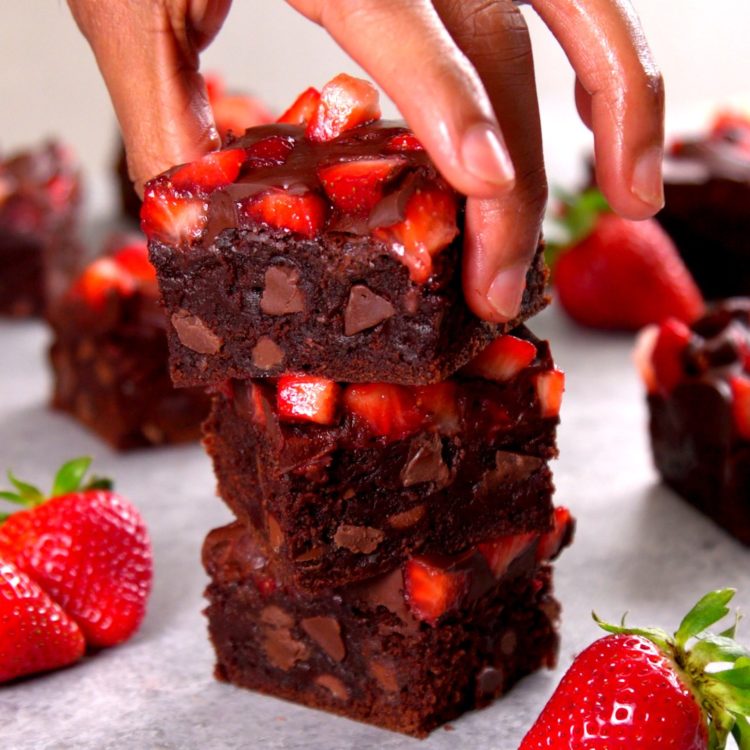