Claire Dalton via Love What Matters

We’ve all heard horror stories of weddings being called off at the last minute due to some salacious occurrence. While these tales may vary quite a bit depending upon what happened in each unique scenario, the one thing that all seem to have in common is a deep sense of secrecy.

Although we definitely don’t fault anyone for wanting to keep certain details swept under the rug, we also think it’s important to cast a light on the people who are open about their experiences. Take Claire Dalton, for instance. She was just one week away from her dream wedding when something heartbreaking came out about her fiancé, a revelation that lead to her canceling the wedding.

In a piece written for Love What Matters, she shared her thoughts and emotions throughout the painful ordeal:

I still remember that night as if it were yesterday.  I was sitting on the couch with my fiancé, and everything seemed blissful.  I was to be married in a week, and I loved this man very much.  We had spent four years building a friendship, and almost a year cultivating a relationship of love that is patient and kind.  A relationship that I thought to be above any other relationship I’d ever find.  My life seemed like pure bliss, but even so, I felt a distant sting and fragility in the air I couldn’t quite put my finger on, so I stubbornly pushed it in the back of my mind and tuned my thoughts to visions of wedded bliss.

Unfortunately, Claire’s suspicions that something was amiss were validated when, sometime later, the bride-to-be accidentally picked up her fiancé’s phone instead of hers. What she found in his browser’s search bar would change her entire life as she knew it:

That’s when I found it.

Three words on his search bar that changed my entire view.  Three words that concluded he’d been searching for pornography possibly just hours ago.  My entire demeanor must have changed in the brief second when I read those words because he asked me what was wrong.  I asked why those words were typed into his search bar, and I looked at him with pleading eyes, hoping there was some logical explanation.

I exited out of that window on his phone, only to find multiple windows open of sick and twisted ideas of what women supposedly look like.  I felt sick to my stomach.

Yiiiikes. After confronting him, Claire’s fiancé tried to lie his way out of it by claiming that his brother had gotten a hold of his phone and that the words in the search bar had nothing to do with him. Eventually, though, the guy did tell truth:

I’ll never forget when the truth finally came out.

Those words still sting.  “It’s me… I have a problem.”

At first, I thought it was some sick joke.  It never occurred to me that pornography addiction would ever leak into my life or affect me in such a deep and excruciating way.  I’d never thought too much about that particular aspect of people’s lives until it glared at me in the face through dark and wicked eyes.  At first, I thought maybe I called the wrong number.  I thought there isn’t a way in the world this could be true.  I pleaded with God: “Please no… No. No. NO!  Please don’t do this to me!”

If you’ll remember, at this point in the story, Claire was only one week away from tying the knot. Now that she had felt so utterly betrayed by her partner, though, she knew that she had no choice but to call off the wedding. 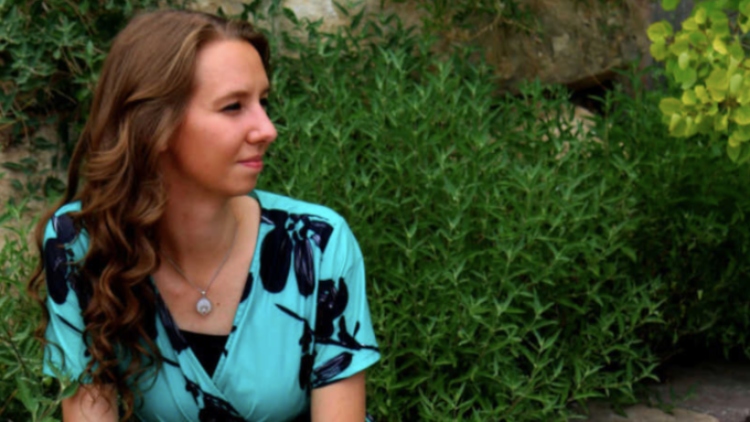 Claire Dalton via Love What Matters

Claire explains that the experience was one of the hardest that she has ever encountered, but she also admits that it has made her immensely stronger:

Unfortunately the world we live in is filled with evil influences, traps, and snares that lead people to make poor choices, and therefore hurt the people that they are supposed to be loving the most.  I suppose that’s why it’s so important that we cling to a loving and merciful Heavenly Father and Savior, Jesus Christ who is always the way back to hope and healing, no matter how far you’ve strayed, or whether you are the victim or the perpetrator in any given situation.

​For my particular situation, I was the victim.  And in such cases as mine, I had to reach the point where I stopped seeing myself as a victim, and saw myself as a woman of God with innate power and ability to experience healing and wholeness once again, which is exactly what I intended on doing.

How amazing is that?! No matter what your opinion might be on this topic of betrayal in relationships, you’ve gotta admit that Claire is someone who really stays true to herself and her beliefs. We hope she finds her soulmate one day!

We can’t wait to hear your thoughts on this story. What would you have done if you found yourself in Claire’s situation? Do you think she should have given him another chance? Do you have a similar story that you would like to share?