Jeena Wilder, a mom of four from Dallas, Texas, couldn’t go anywhere with one of her children: her adopted 6-year-old daughter.

It wasn’t because her daughter didn’t like car rides or didn’t get along with her mother—no, nothing like that. In fact, the two share an amazing bond. But the problem was that others had a hard time seeing that.

The reason she couldn’t go anywhere with her was because other people would constantly stare and question the pair. And Jeena was sick of it.

Why did they always stare and make comments? Because Jeena is black and her daughter is white.

That’s right, because of their opposite skin tones, everywhere the two went together, people would make assumptions about their relationship—either that Jeena was just the nanny to the little girl or perhaps her husband cheated on her. Because in this day and age, a black woman can’t be the mother to a white child, right?

The truth is that in October 2019, Jeena and her husband Drue adopted their daughter, whose biological parents are related to Drue. But no matter where she came from or the color of her skin, the bond the family shares is unlike any other.

“She’s really sweet and super forgiving and is the happiest child,” Jeena said of her daughter. 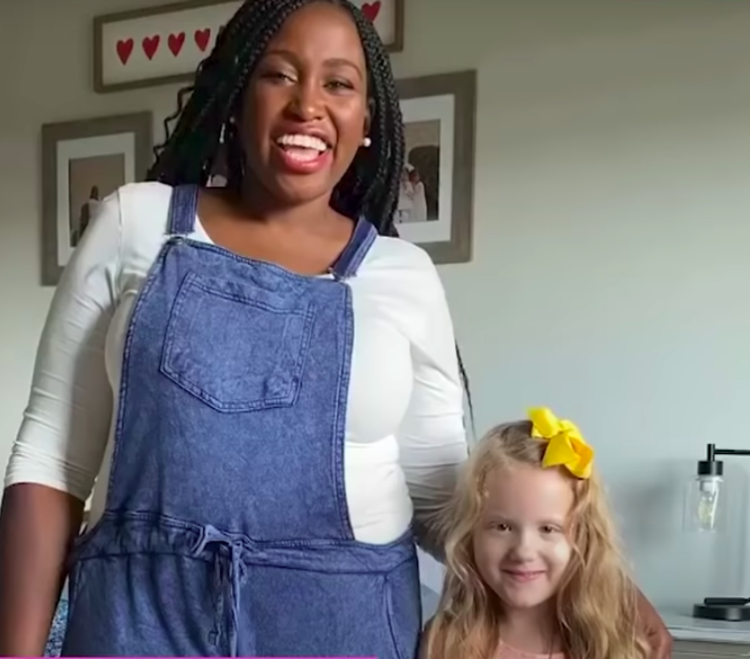 It was just that the stares or questions in public were really starting to get to them. “Instead of thinking of other avenues on how people can become mothers, they automatically assume,” Jeena said.

To clear some things up, Jeena created a lighthearted now-viral video that addresses their relationship. It doesn’t go into detail about the ins and outs of adoption. But it was a simple and adorable way to make it clear that Jeena is just a regular mom who loves her daughter endlessly.  And that’s that.

Besides addressing strangers’ comments, Jeena’s purpose in making the video was also to possibly encourage other black, indigenous, and people of color to adopt. “Then it will not only be the norm, but we will see more children getting adopted,” Jeena explained.

Well, isn’t that something! To see the video Jeena and her little one made, check out the Good Morning America feature in the video recap below.

How adorable is this mom/daughter duo? Have you ever made any assumptions when it comes to mixed-race families? Does this video help you alter your thoughts on those dynamics?