Heater Simpson
Halloween costumes are always a fun thing to decide on when October rolls around. Maybe you’ll be a witch. No, a ghost. How about an avocado?

These are all seemingly normal things to dress up as for the spooky holiday. But one woman decided to go in a bit of a different direction with her costume.

It all started when another woman posted her Halloween costume, which was “Karen and her non-vaccinated child.” She posted a photo of herself carrying a little baby skeleton in a baby carrier. 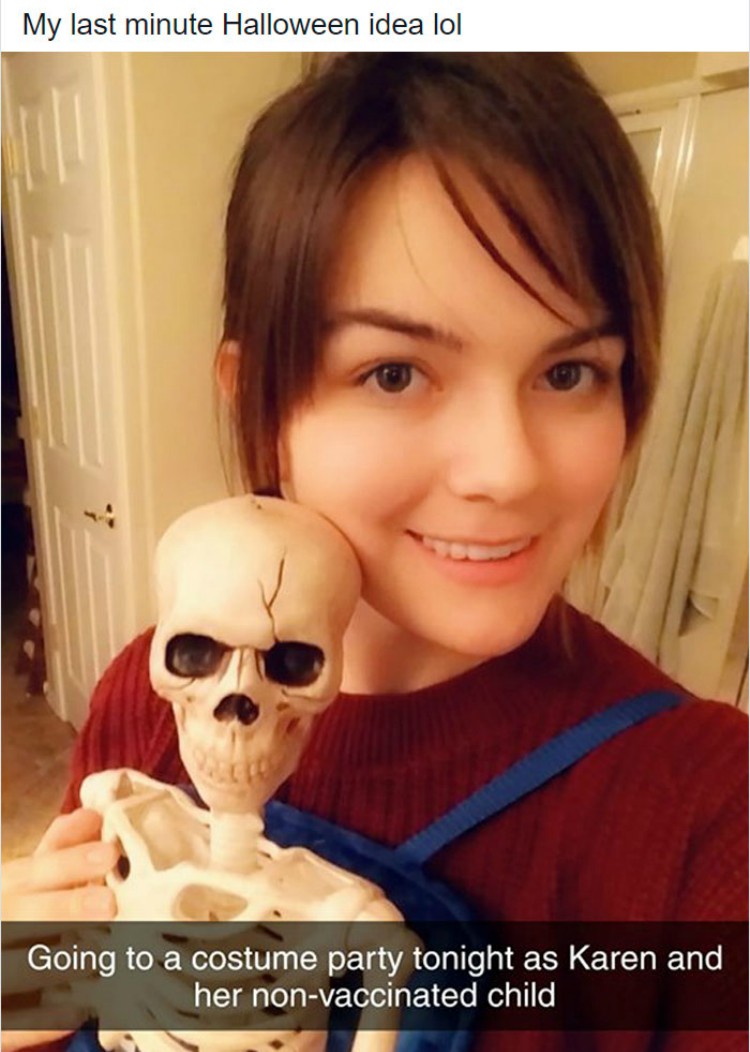 Well, of course that was a dig at anti-vaxxers who are harming their children with their decisions. And of course, an anti-vax mom came back at the woman with her own costume idea.

Her name is Heather Simpson, and she dressed up as the measles. This may not have caused such an uproar if not for her careless caption: “Was trying to think of the least scary thing I could be for Halloween. So I became the measles.”

Oh no she didn’t.

You see, measles affected 3-4 million people, with about 500 deaths and 48,000 hospitalizations a year back in the 60s when there was no vaccine. Getting the measles now without a vaccine, especially for children.

After posting the photo on Facebook, Simpson faced tons of backlash for not only angry moms, but doctors too. 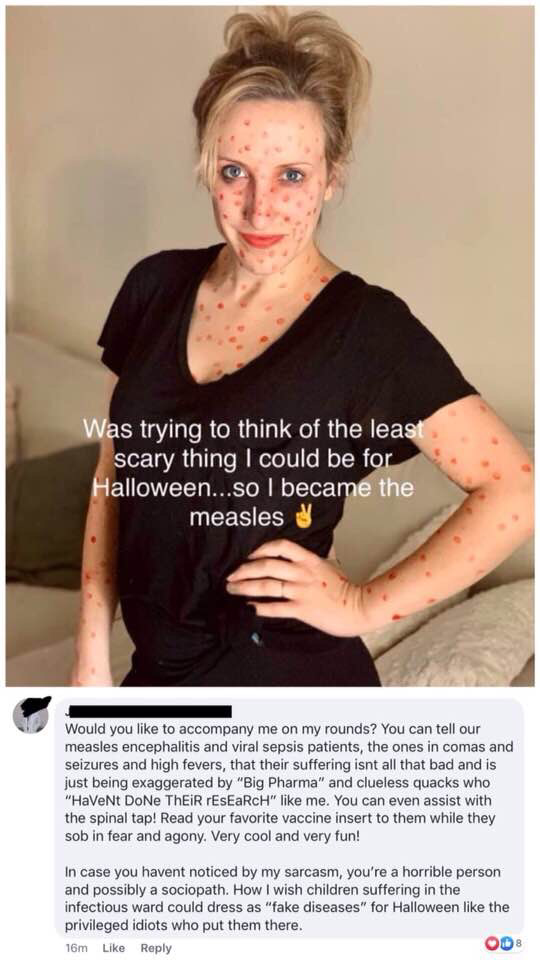 One healthcare professional told her that she was welcome to accompany him on his rounds and that she could tell the people he sees with measles, you know—“the ones in comas and seizures and high fevers,” he explains, “that their suffering isn’t all that bad and is just being exaggerated by ‘Big Pharma’ and clueless quacks who “HaVeNt DoNe ThEiR rEsEaRcH’ like me.”

He added, “You can even assist with the spinal tap! Read your favorite vaccine insert to them while they sob in fear and agony. Very cool and very fun!”

He clarified that he was being completely sarcastic, and then added, in a total non-sarcastic tone, that Simpson was a “horrible person and possibly a sociopath.” He added that he wished “children suffering in the infectious ward could dress as ‘fake diseases’ for Halloween like the privileged idiots who put them there.”

Oof. If that doesn’t put things into perspective for this anti-vax mom, we’re not sure anything will.

Simpson did wind up apologizing for posting her costume, and her intent was not to make fun of babies who’ve died of the measles. “What I’m NOT sorry for, is that I don’t fear the measles,” she wrote.

Well, I guess you can’t win them all!

You can go down the rabbit hole of comments on this Reddit thread. (We know we did!)

What are your thoughts on Heather’s Halloween costume?