Alex Trebek’s wife, Jean, has spoken out with gratitude to all who have supported her in the wake of her late husband’s passing.

The legendary Jeopardy! host died on Nov. 8 at age 80 after battling pancreatic cancer for more than a year. He leaves behind his wife and three children — Nicky, Matthew, and Emily.

In a heartfelt Instagram post, his widow sent an emotional message acknowledging the outpouring of support she’s received in the days following his death.

“My family and I sincerely thank you all for your compassionate messages and generosity. Your expressions have truly touched our hearts,” she wrote. “Thank you so very, very much.” 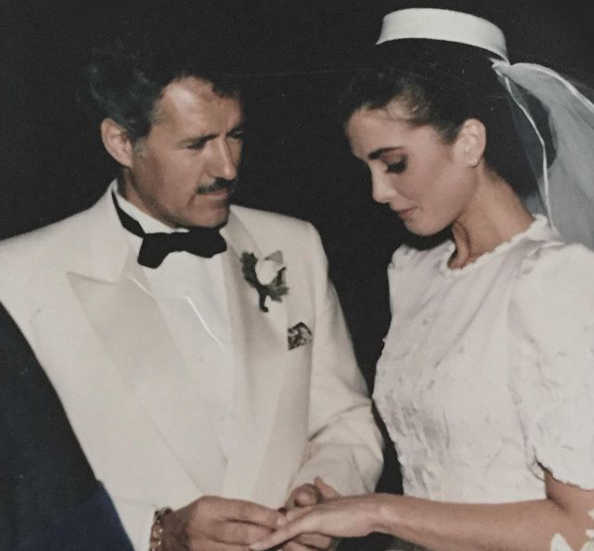 The photo she shared was from the couple’s wedding in 1990, which shows Alex slipping a ring on her finger. The pair went on to have two children, Matthew and Emily. Alex’s eldest child, Nicky, is the daughter of his ex-wife, Elaine.

According to a statement on the show’s Twitter page, the beloved Jeopardy! host died peacefully at his home, surrounded by family and friends.

Trebek had hosted the show since 1978. He was in his early 40s when the show began, and had just come off a job as a Canadian newscaster. During his tenure, he’d recorded more than 8,000 episodes of the program, and had earned several Daytime Emmy Awards for his work.

Upon announcing his diagnosis, Trebek vowed to fight the disease, which has only a 1.6% survival rate. In true Trebek fashion, he stoically discussed his prognosis before quipping he planned to win the battle because he was “under contract” for three more years.

Sadly, he would not have the chance to fulfill his role in future seasons, leaving both fans of the show and its creators in mourning. Executive Producer Mike Richards released a statement, which read:

“This is an enormous loss for the Jeopardy! staff, crew and all of Alex’s millions of fans. He was a legend of the industry that we were all lucky to watch night after night for 37 years. Working beside him for the past year and a half as he heroically continued to host Jeopardy! was an incredible honor. His belief in the importance of the show and his willingness to push himself to perform at the highest level was the most inspiring demonstration of courage I have ever seen. His constant desire to learn, his kindness, and his professionalism will be with all of us forever.”

Still, producers say Trebek had been in the studio as recently as Oct. 29, and had pre-taped 35 episodes of the show. These recordings will air through Christmas.
Our thoughts are with his wife and children at this time. What’s your favorite memory of Alex Trebek? Let us know!
Share on Facebook
Most Popular