If anyone knows how much power and strength there can be in groups, it’s the Amish.

If you don’t know, the Amish culture—which is indeed still around, mostly in Nebraska and Pennsylvania—doesn’t believe in any type of modern technology. Instead, the Amish rely solely on the power themselves for many of their daily tasks. That’s why we commonly hear of farming as the center of their lives.

Besides work, the Amish are very particular about their home life as well. For example, they use not energy-efficient LED lights with wi-fi capabilities to light their homes, but old-school candlelight. They don’t own any new Jeep crossovers; they just ride around on horse-drawn carriages.

Fascinating, isn’t it? Or perhaps it all sounds a bit strange to someone who doesn’t partake in the culture. You might think why someone wouldn’t take advantage of the conveniences of modern technology.

While technology can arguably make our lives easier, there’s something to be said about the payoff of working hard. Though it has its advantages, there’s no denying that technology can sometimes make us lazier and less apt to actually go out and do something—even something as simple as going to talk to someone in person (because texting works just fine, right?). 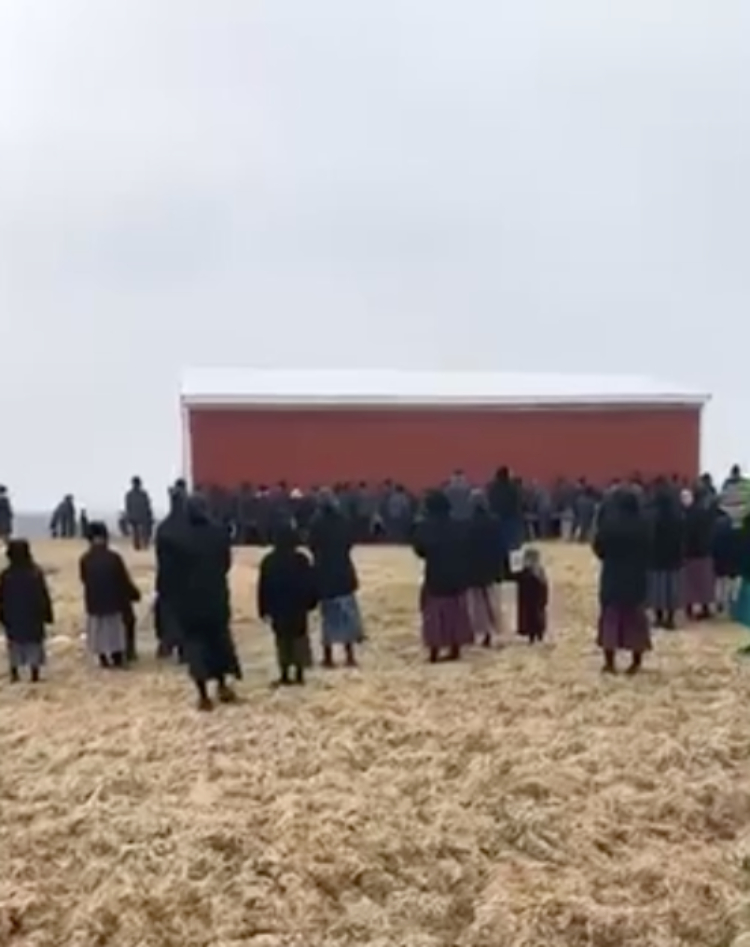 One a chilly Saturday in March, on the farm of Joseph Hochstetler in northern Knox County, Ohio, a group of Amish men decided that a pole barn needed to be moved. But instead of hiring a machine of sorts to life the barn and place it on the other side of the farm, the Amish had something else in mind.

The group, which consisted of 250 Amish men, decided that they could move the pole barn from one side of the farm to a spot across the field about 200 feet away…completely by hand. March is not exactly the warmest of months in Ohio, either. That’s right, they committed to such a task in the dead of winter.

Spoiler alert: It worked. All 250 of the Amish men gathered around the four different sides of the barn to lift it up off the ground and walk it over to where it needed to be. Onlookers watched in amazement on as the men carried the structure with their bare hands, all in one piece.

What’s more, the entire process took just five minutes! That’s much less time (and money) it would’ve taken to hire a crane or tractor to carry it across the way. Maybe the Amish are onto something here!

Check out the incredible video of the men walking the barn across the farm below.

Do you believe in strength through numbers? Can you believe this group was able to transport and maneuver such a large structure in such a short period of time? What would you have done instead in this situation?