Here’s Why Your Fingers Get Wrinkly After a Long Soak

Wrinkly fingers after a long, hot bath are just a part of life—something not to be pondered too deeply. After all, it’s part of the program, right? I remember being a kid, delighting in taking a gander at my geriatric-looking fingertips in the tub. It never made a heck of a lot of sense, but it sure was fun!

But what if we were to tell you that these temporary lines may have served a purpose long, long ago? Here us out: For some time, scientists thought that wrinkly digits had to do with swelling, but now there is new evidence that suggests that this odd physical quirk is, in fact, an evolutionary trait.

I know what you may be thinking: Why would humans ever need wrinkly fingers in the first place?! 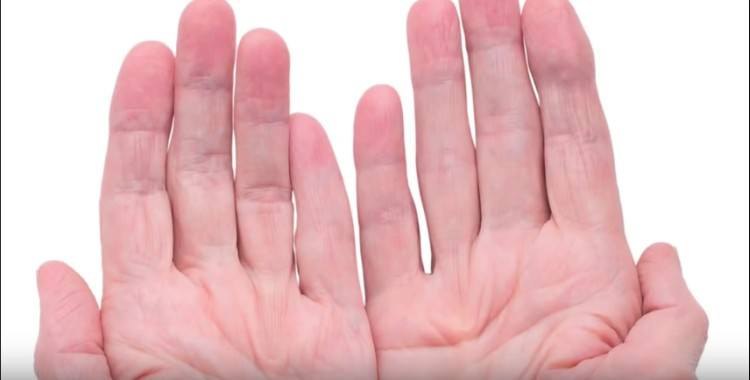 geobeats
Well, the answer to this riddle is even stranger than the phenomenon itself. As it turns out, our ancestors may have been taking advantage of these wrinkly appendages in order to achieve a better grip when submerged in water.

According to Nature, an evolutionary neurobiologist by the name of Mark Changizi was finally able to determine a definite pattern that scientists had been trying to find for years. You see, his 2011 discovery resolved that the wrinkling is actually considered to be an active process, meaning that we, as humans, must have had some use for it at one point or another.

That’s right, our fingers turning all prune-like in aquatic environments can be similarly equated to certain vestigial structures found in the body, like wisdom teeth, tonsils, or the appendix—all ancestral parts that don’t necessarily benefit us anymore.

Changizi and his colleagues delved further and realized that the pattern of wrinkles found on the subjects appeared to give them a wet or underwater boosted grip that could allow for the perfect amount of water to drain out while they grasped.

Simply put, when wet, the unique configurations of wrinkles on the pads of the fingertips are perfectly designed to add a sense of friction that would otherwise be nonexistent when dry. It certainly is a bit of a head scratcher, but the suspected function is so genius that we think this theory is hard NOT to believe.

Over the years, scientists have done their best to determine whether or not we are the only species who hold this special feature, but so far, they have confirmed just one other animal—the macaque. Pretty wild, right?

geobeats
I don’t know about you, but I certainly will never look down at my hands while doing the dishes the same way ever again! To clue yourself in on some more amazing facts regarding the role that evolution plays in this theory, be sure to click on Geobeats’ video below. The human body is an AMAZING thing!

What do you think of this fascinating phenomenon? How do you think our ancestors used the wrinkles to help them grip? Do you know of any other interesting vestigial features in the human body? Tell us all about your thoughts and experiences in the comments section below!