Breaking into the modeling industry isn’t easy for anyone. You’ll hear stories about how some lucky women were spotted while out in a mall. Others have struggled with self-confidence and acceptance because of their looks, but wound up carving out a space for themselves in the modeling world.

It’s be a long road to self-acceptance and confidence for aspiring model Sara Geurts. The 26-year-old Minnesota native is not only learning to tap into her own beauty, but she has been battling Ehlers-Danlos syndrome since the age of 10.

As Sara explains in this video from Barcroft TV, Ehlers-Danlos is a disorder that affects the connective tissue in the body, mainly collagen. According to The Ehlers-Danlos Society, there are thirteen different subtypes that can manifest in a patient.

Symptoms include loose joints, chronic joint pain, loose elastic skin, and poor wound and bruise healing. Sara explains that the condition also impacts the cardiovascular system and organs, and shares that she has two forms: classical and the rare dermatosparaxis. Her skin stretches into wrinkles but she is also susceptible to joint dislocation and easily bruised skin.

Growing up as a teenager, Sara didn’t feel comfortable exposing her skin in public, so she kept herself covered up. In her early twenties, her attitude towards her condition shifted and she began to embrace herself and every inch of her body. She found her individuality something to be proud of:

“Just the uniqueness and the rarity and the way the lines form. . .and just the art that is made from just the patterns that are there. It’s amazing. It’s makes me so sad that I looked at it at just this ugly thing at one point in time.”

Combining her loves of fashion and makeup, Sara came up with the idea to raise awareness for Ehlers-Danlos through modeling. Her first project was in 2015 with “Love Your Lines”, a social media campaign that promotes body positivity. Highlighting lines of all kind, women and men are welcome to share pics and experiences of how they earned their lines – stretch marks, scars, and everything. 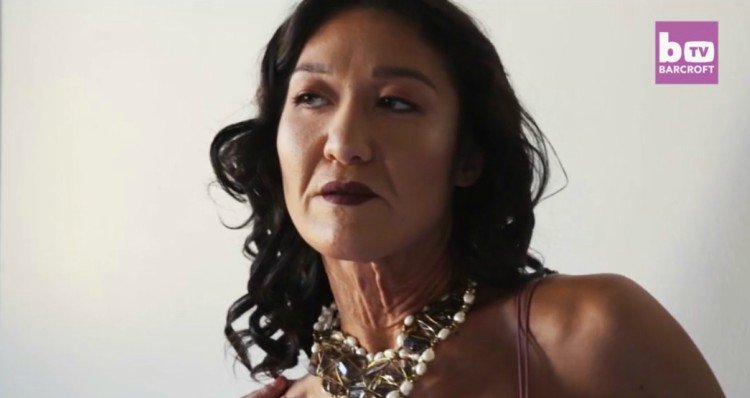 BarcroftTV
Sara hopes to jump into modeling and use it as a platform to break molds and celebrate imperfections as a new beauty standard. She’d also love to be the face of those living and struggling with Ehlers-Danlos, and is open to anyone who wants to reach out to her about the disorder.

During the past few years, Sara’s been able to connect with others who have Ehlers-Danlos. She’s also found inspiration in the stories of people like her who have also learned to pushed past their physical traits. Folks like Winnie Harlow, a professional model with vitiligo, and Shaun Ross, an advocate for albinism, have been symbols of self-acceptance to Sara.

Click on the video below to hear more about Sara’s journey and her circle of support. Although there is no cure for Ehlers-Danlos at this time, Sara isn’t letting the condition slow down her plans for the modeling world.

What do you think of Sara’s aspirations? Are you familiar with Ehlers-Danlos?