Lynne Mishele, the woman whose rental home was destroyed when Anne Heche drove her car into it, has spoken out.

She posted a video to Instagram sending her condolences, stating:

Hi, this is Lynne Mishele. The news of Anne Heche passing is devastating. Her family and her friends and her children especially really have suffered a great loss and my heart goes out to them. This entire situation is tragic and there really are just no words. I’m sending love to everybody involved.

Mishele’s home was located in Mar Vista, a neighborhood in Los Angeles, California, which is near the ocean and close to Santa Monica, Venice Beach, and the Marina Del Ray area. 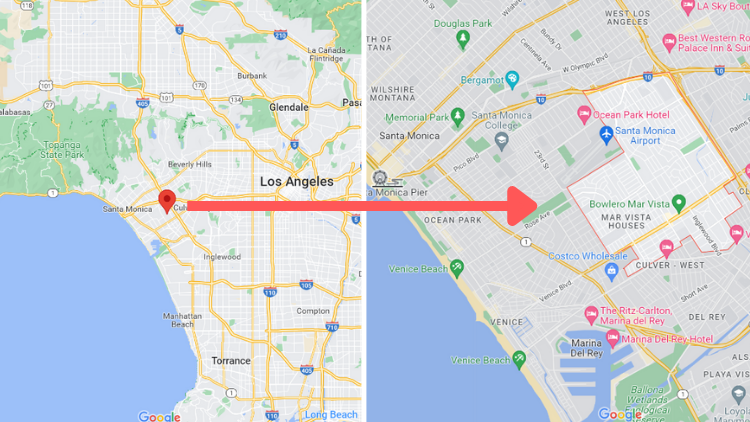 Heche’s blue Mini Cooper drove almost all the way through the house, and almost immediately caught fire. It has been reported that it took 59 firefighters over an hour to extinguish the fire and remove Heche from her car.

Mishele, who was home at the time, amazingly survived with no injuries.

According to People, Mishele’s lawyer said about the crash:

“Ms. Mishele is devastated by what happened to her on Friday — not only because she and her pets almost lost their lives, but because all of her property, including items of profound sentimental value, were destroyed. She asks for privacy at this incredibly difficult time.”

A day before posting her condolences, she posted a video thanking everyone for their support:

Hi everyone. It’s Lynne Mishele. Still recovering and trying to figure out up from down. But I did want to send a huge, huge thank you to everybody from all over the world for the overwhelming amount of love and compassion and generosity and kindness that people have shown over the past week. It’s obviously been the most insane, traumatic time. Confusing. Eventually I’ll try to get back to everybody and read everybody’s comments but I am, just, really … thank you, thank you everybody. From the bottom of my heart, it’s really, truly overwhelming. You guys have really impacted my life in a very profound way. So thank you so much to everybody, and I will keep you updated. Thanks.”

She then went on to show her dogs Brie and Reuben and to thank everyone for cheering them on. And that her tortoise says ‘hi’ from the Valley.

Mishele is a professional organizer and is the Founder of Creative Organization based in Los Angeles. She stated that she is an, “effective organizing professional with expertise in approaching organizing issues with a creative outlook. An innovative organizer that has a proven track record with establishing successful systems for each individual client.”

And TipHeroes out there might appreciate some of her tip videos, such as the one Michele posted of a doogie poop bag hack:

Mishele has also worked as a Travel Director at Citigroup, and before that she worked in marketing at Sony Pictures Entertainment.

There is a GoFundMe page setup for Mishele: Help Lynne Mishele after Devastating Fire Loss

To see scenes from the crash and destroyed home, watch the video below.