Woman Caught Her Stroke on Video

With so many medical conditions that have similar symptoms, making an accurate diagnosis can be a puzzle for a doctor. Documenting each detail may help your physician determine exactly what’s ailing you, but still, misdiagnoses (and dismissals) are common.

Stacy Yepes started experiencing alarming symptoms while she was out driving, and immediately pulled over and began recording. In selfie mode, she explains what was happening to her face. She was numb and weak. She visited a hospital’s emergency room the day before with the same symptoms, and doctors told her it was stress related.

She was sent home with instructions on how to manage stress, including breathing exercises. In this video, Stacey documents what’s going on with the hopes of getting better answers. She knew there was something more to this. This was the third time it was happening in less than five days!

With tingling and paralysis on one side of her face, a nearly immobile left hand, and slurred speech, it was obvious that her numbness and tingling weren’t from stress. As Stacey found out when she went to a different hospital that day, she was having a stroke. Another one.

This was Stacey’s third ministroke or transient ischemic attack (TIA for short) and she caught it on film to help doctors get better answers. After taking the video, she still drove to work, but co-workers urged her to seek medical care at Toronto Western Hospital. 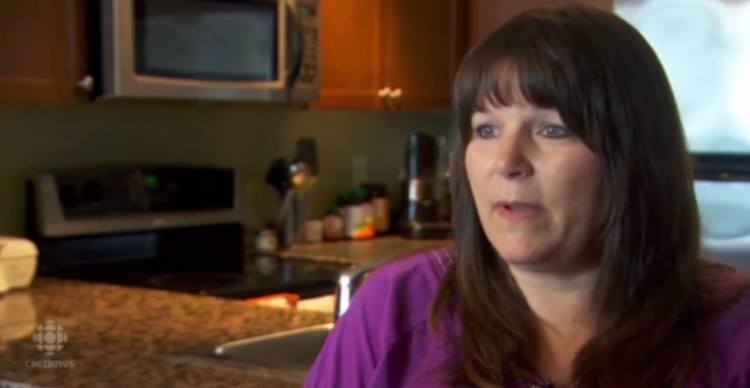 Though Stacey survived three without medical intervention, it’s still vital to call 9-1-1 in a stroke emergency to get early treatment. TIAs are often precursors to major strokes that can be extremely debilitating and life threatening. In Stacey’s case, she was treated for the stroke and put on medication to treat health issues that contributed to her having one in the first, second, and third place.   According to the World Stroke Campaign, there are 30 instances of a stroke occurring per minute, worldwide. Here are some of the symptoms of a TIA, or ministroke, which is caused by a temporary blockage in the brain.

TIAs usually resolve on their own, but as mentioned, can repeat or progress to a major stroke. Symptoms vary for ischemic and hemorrhagic strokes, but may include those listed above as well as any of these warning signs:

High blood pressure and cholesterol can lead to strokes of any type, so it’s important to pay attention to dietary choices. Other lifestyle factors like physical activity and tobacco use also play a role in stroke risk or prevention.   No matter the symptoms, if you or someone you know is exhibiting them, get help quickly! Because the brain is being deprived of oxygen, damage to its tissue can result in permanent loss of some functions. The earlier doctors can treat, the better the chances of recovery.   Watch a clip of Stacey’s video below. She was determined to show physicians that something was seriously wrong, and her selfie video wound up saving her life. But with these symptoms, docs recommend skipping the recording and dialing 9-1-1 instead.

What do you think of Stacey’s selfie stroke story? Have you ever had your symptoms misdiagnosed or ignored and had to prove your case?