Woman Who Lost Half Her Body Weight Gets a Stunning Makeover, But the Surprises Don’t End There

Ashleigh Kugler of North Dakota can’t remember a time in her childhood where she wasn’t always eating—she’d even lie to her grandparents and say she didn’t eat, even if she did, so that she could snag an extra meal.

By the time she was 12, by age 12 she was wearing a size 38 men’s jeans. She could barely ride in a car because the seatbelt couldn’t fit around her. She’d binge eat constantly and hide the wrappers. Her self esteem was the lowest it had ever been.

It wasn’t until she was 19 and nearly 300 pounds when she caught a glimpse of herself in a photo and couldn’t take it anymore. She knew she had to make a change.

“I knew I was overweight—but for some reason, in that moment, I just stepped outside my body and I realized: This is what you actually look like and you are probably not going to live to see 30 if you continue on this way. And it was just a big shock,” Ashleigh said.

So the first step she took was to enroll in Weight Watchers. In her first week alone, she was down almost 12 pounds! “At that moment, I was just like, ‘Wow, I can do this,’” she said.

Weight Watchers helped her learn about portion control and how to really incorporate healthy foods into her diet in a realistic way. She realized she didn’t need to eat entire boxes of sugary cereal in one sitting to just be hungry for snack cakes again not long later.

Once she got her diet in check, Ashleigh decided to incorporate fitness into her life and fell in love with that too. She’s now down 145 pounds—half of her original 280 pounds! Incredible. 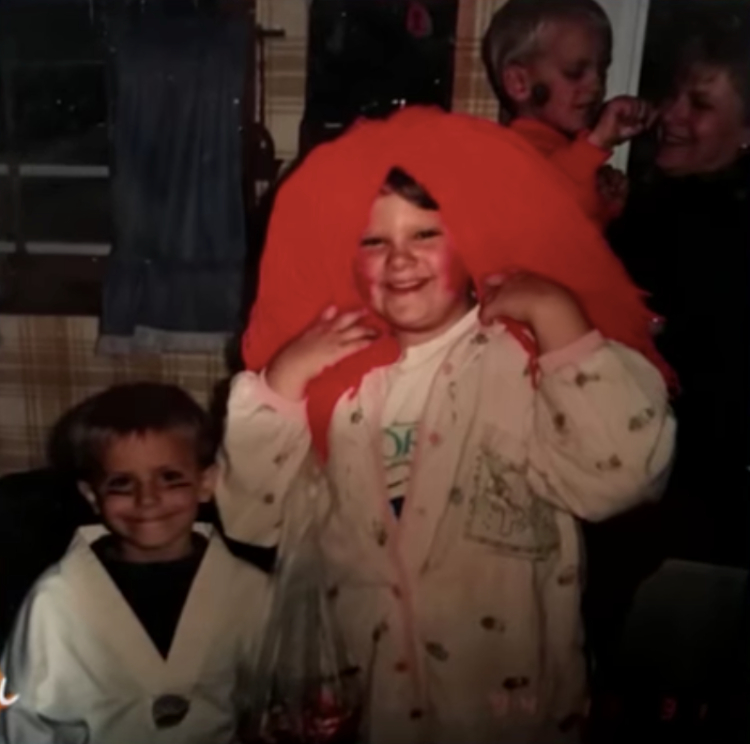 She maintains her weight by staying active with her children, continuing to do home fitness workouts, and keeping up with a diet of mostly natural, whole foods. While she’s certainly got that part of her life under control, there’s one thing that’s missing.

Ashleigh admits she’s a bit of a “tomboy,” and can’t quite figure out her style. She finds herself in jeans and yoga pants most of the time.

While there’s nothing wrong with that, she says she’s always told herself that when she got to her goal weight, she wanted to get an entire makeover to compensate for her lacking fashion sense.

Lucky for Ashleigh, style guru Gretta Monahan wanted to help. Gretta took Ashleigh on one memorable shopping spree, teaching her about how to find clothes that flatter her new body, something Ashleigh struggled with once she lost her weight.

To show the world her new look, Ashleigh was invited onto a Rachel Ray show along with Gretta.

In addition to her big reveal, the two wanted to give Ashleigh an even bigger surprise—it’s something that Ashleigh has dreamed about for a very long time, and something she never thought she’d be able to accomplished.

To see the big surprise—along with her incredible new look—check out the video below!

What do you think of what Ashleigh looks like today? Could you imagine what it must be like to lose half of your body weight?