Woman Gets an Incredible Transformation After Losing 180 Pounds

Raise your hand if you love a good Rachael Ray makeover segment!

If you’re a fan of the show, you know that the former Food Network star loves to find deserving people who aren’t quite sure how to make themselves presentable. She then, along with her team of experts, gives them a total makeover from head to toe.

We’ve been seeing a ton of awesome ones lately—from this scruffy actor who chopped his long locks to this foxy grandmother who received a more toned-down sophisticated style. On top of a new hair style or wardrobe, their self-esteem has shot up as well, which is what’s most important.

But one of our favorite types of makeovers are the ones where we meet people who lost half their body weight. What can we say, we’re a sucker for people willing to put their health first!

If you’re like us, you’re going to love one of Rachael’s most recent subjects, Adrianna. Adrianna has struggled with her weight since she was a little girl. At her heaviest, she weighed a whopping 353 pounds.

“Weight’s been an obstacle my entire life and it’s something that I’ve always struggled with,” Adrianna explains. “I was not watching what I ate, I ate whatever I wanted, whatever was convenient and just didn’t care about my health at all.”

It wasn’t until she was looking through old photos of herself when something finally clicked in her mind. “I knew it was time to change my lifestyle,” Adrianna says. 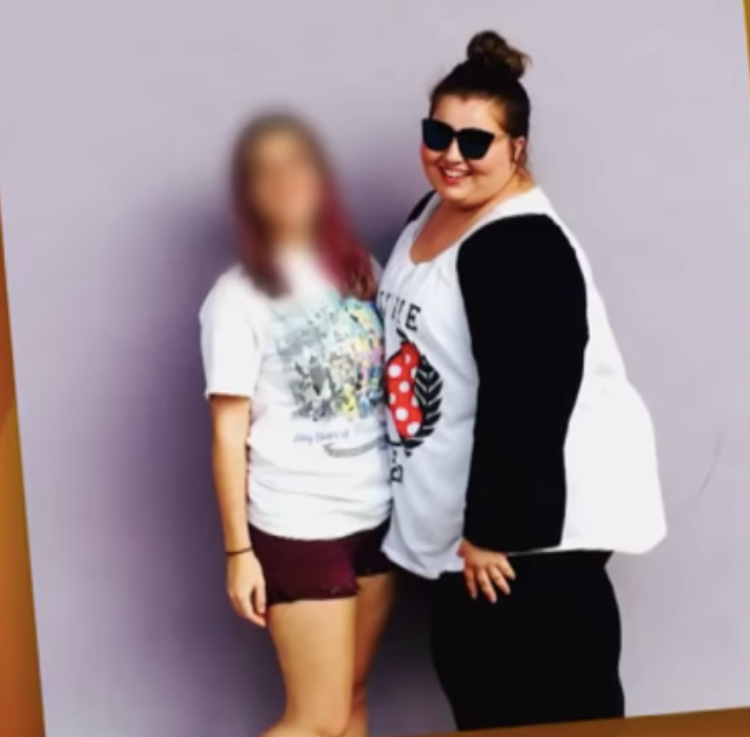 So Adrianna began to change up her diet to eat healthier foods. The once fast-food lover started to cook her own meals so she knew exactly what went into them and was more easily able to control her portion sizes. Adrianna also joined a gym and starting working muscles that haven’t been worked in, well, ever.

Most of the time, however, people who lose a significant amount of body weight struggle with what to do afterwards.

It sounds silly, but think about it: Many times, they’re used to hiding behind baggy clothing that they never quite gained a sense of style. And with their new bodies, they feel uncomfortable taking their style to the next level. That was just what happened with Adrianna.

“I still find myself wearing the same wardrobe,” Adrianna says. “I do feel like I’m swimming in my clothes.”

But luckily, Rachael called in Bob Harper and stylist Gretta Monahan to help.

“I’ve worked very hard for this new body and this new lifestyle and I am ready for a new look,” she says.

And her new look is incredible. We really mean that—with the help of trainer Bob Harper and stylist Gretta Monahan, Adrianna looks like a completely new person.

Check out the video below to see her new look—and don’t’ forget to grab the tissues!

What do you think of Adrianna’s transformation? Can you believe it’s the same person as in the before picture?