Actor Will Ferrell is known for being funny—from his hilarious skits on SNL to his roles in feature films that have us giggling over and over again (if you don’t watch Elf on repeat around the holiday season have you even lived?). However, what happened to him recently was the complete opposite of funny.

Will was involved in a pretty bad car accident. He was a passenger in an SUV with three other people: two colleagues, Andrew Steele and Carolina Barlow, and his long-time chauffeur, Mark Thompson, who was driving the vehicle.

On April 12 around 11 p.m., the vehicle was side-swiped by a Toyota, which resulted in their SUV flipping over. The incident occurred on the I-5 freeway in Orange County, California.

Firefighters arrived on scene as quickly as they could and transported Will to the hospital in a stretcher. He was on the phone at that point, so witnesses were saying his injuries didn’t appear to be life-threatening (thank goodness).

Additionally, there were open beer bottles on the road right where the crash happened. At the time, investigators were unsure which vehicle they emerged from. However, it’s since been proven that neither alcohol nor drugs played a role in the crash, and thus, there has been no arrests made in regard to the crash. 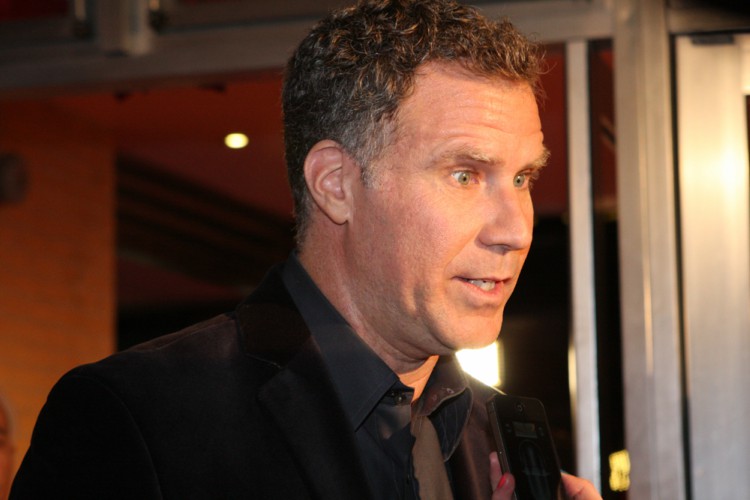 Thankfully, Will was released from the hospital with no significant injuries, and so was Andrew. However, Mark and Carolina seemed to have endured more serious injuries. While they’re in stable condition, they remain in the hospital for further treatment.

The SUV the crew was riding in also sustained some damage—the windshield as well as two windows completely shattered and the front grill was bent inward. The side of the vehicle suffered some dents as well.

Will is “staying close by as his friends are being treated, and has expressed his deep gratitude to the first responders who were immediately at the scene and to the hospital team that took such great care of them,” read a statement from Ferrell’s representatives at United Talent Agency. The statement also added that he was “grateful for all the well wishes he and his friends are receiving.”

The ironic part is that Will and his colleagues were on their way back from a Funny or Die (a comedy video website) event called “Glam Up the Midterms” just outside San Diego. He appeared as one of his infamous roles he’s known for, Ron Burgundy, the main character in the hit funny film Anchorman.

Comedian and actor Billy Eichner, who also appeared at the event, tweeted about the crash the day after it happened. “Yes I’m OK. I wasn’t in the car. Will and everyone are OK. Very scary but very thankful everyone is OK,” he wrote.

We’re so glad Will wasn’t more seriously injured, and hope the other passengers that were involved heal well and get released from the hospital as soon as possible.

Check out this chilling footage taken during the accident:

In honor of Will Ferrell being okay after the crash, tell us what your favorite role he’s played is!