Do you remove your makeup before you go to bed? You know, your foundation, lipstick, eyeshadow–and ALL of your mascara? It’s a loaded question and one that elicits a fair amount of shame on our part for even asking it because we all know that taking off ALL of that black, goopy stuff can be quite the chore. In fact, even when we spend a good chunk of time removing it, we wonder if we really did remove it all, or if we’re still sporting traces of it.

It’s a scary thought considering the crusty stuff gets trapped behind the eyelids easily, which can cause scratches, infections, and general discomfort –not to mention a real Tammy Faye Bakker effect if you glop more on the next morning! But, what’s even scarier is that, on top of the aforementioned problems, doing this often could PERMANENTLY damage the eyes.

According to an account published in the May edition of Ophthalmology, the journal of the American Academy of Ophthalmology (AAO), this exact scenario happened to one mascara-wearer who didn’t properly remove the makeup for a whopping 25 years!

The anonymous patient described only as a “50-year-old Australian woman,” sought treatment after experiencing multiple cornea scratches from unknown substances that seemed to be on the inside of her eyelid. When she finally got checked out, her ophthalmologist observed a series of black, hardened fragments that were eventually identified as being traces of mascara deposits. 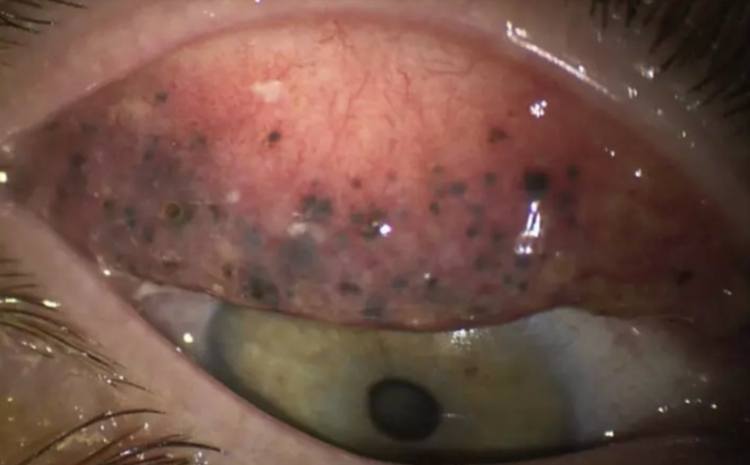 When interviewed by BuzzFeed, Dr. Rebecca Taylor, a clinical spokesperson for the AAO said this about the case: “The concretions got embedded in the conjunctiva and it went deeper into the subconjunctival layer, but you couldn’t see it, sort of like a tattoo.”

Perhaps unsurprisingly, sporting this layer of sharp “concretions” was something that the woman’s ophthalmologist wanted to correct right away, especially when the doctor diagnosed the mascara-wearer with follicular conjunctivitis, a reaction in the part of the eye in which the makeup had dried. Though it seems that the woman was spared from permanent damage, the report does reiterate that the infection could have lead to corneal abrasions which, when left untreated, could cause serious vision problems.

How to remove mascara quickly and effectively

Now that you’re, no doubt, terrified from the above image of hardened mascara permanently stuck on the underside of a woman’s eyelid, we’re going to turn this into a teachable moment so that you can continue volumizing your lashes, fear-free.

While there are plenty of pricey, over-the-counter products that can be used to dissolve eye makeup, according to Dr. Taylor, it’s best to opt for either natural or ultra-gentle options when working in the eye area. She recommends products like 100% coconut oil, petroleum jelly, or even Albolene.

These oil-based products work quickly to melt away the eye makeup, and while you might be left feeling greasy, Dr. Taylor says that finishing off the process with a gentle cleanser will clean things up. 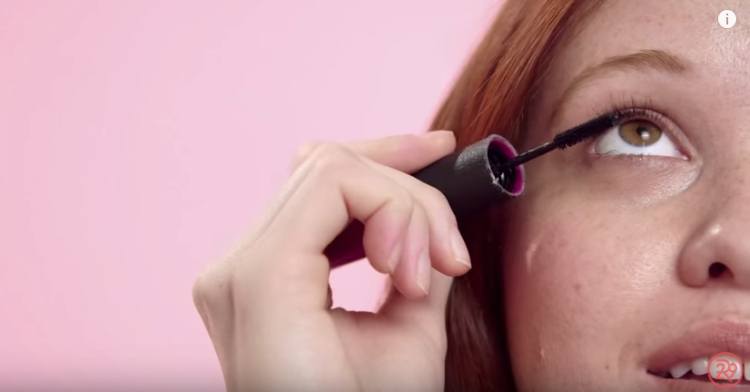 Makes perfect sense to us! We, for one, are never going to sleep in our mascara again — no matter how tired we might be!

We’d love to hear your thoughts on this mascara-related near-tragedy. Were you surprised to hear that the makeup could be so damaging? Have you ever suffered from an infection because of the eye makeup? How do you effectively remove it?