Body hair. It’s one of those things we all have but don’t really talk about much. These days, anything goes—some choose to embrace the au naturel look and some choose to shave their legs, under-arms, bikini line, and more.

About 88 percent of women ages 18-24 say they remove some or all of their pubic hair, according to a study published in the Journal of Sexual Medicine. Additionally, almost 60 percent of the women said they’re either sometimes or completely hair-free down there.

That’s a heck of a lot of women who want to get rid of body hair. But why? Another study, published in The Canadian Journal of Human Sexuality, prompted women to answer why they shave their pubic hair. Just some of the common responses included, “It looks better in a bathing suit,” “People would look at me funny if I didn’t,” “Men prefer women without pubic hair,” “I think it’s cleaner,” and “It makes me feel attractive,” among others.

There’s nothing wrong with shaving or not. But if you do choose the former, have you ever stopped to wonder why you even do it—or how getting rid of body hair all began?

Don’t worry, we did the research for you. Read on if you’re interested in how shaving even became a thing at all (it’s pretty interesting!).

This history of hair removal 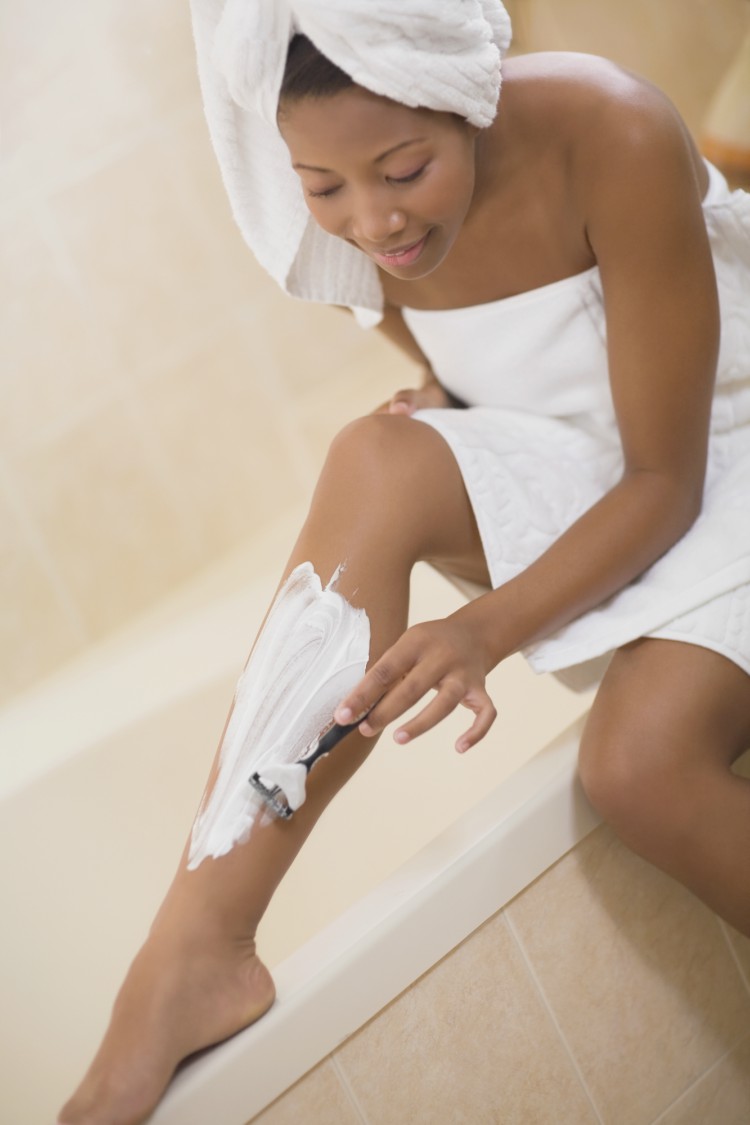 Hair removal seems to have likely started in ancient Egypt. Women of this era made it a priority to rid themselves of body hair (including on their head). Since there was no such thing as a razor yet, they used objects tweezers, pumice stones, beeswax, and sugar-based waxes.

During the Roman Empire, having body hair was seen as uncivilized. Wealthy women would remove hair with razors made from flints, tweezers, creams and stones.

In the 1600s, Queen Elizabeth I began to set the trend of removing facial hair—and yes, that included eyebrows! This was done using products like walnut oil, or bandages soaked in ammonia and vinegar. So there was still no solid solution to removal yet.

It wasn’t until the 1700s when the first razor for men was invented (and was used by some women).

However, it took another 215 years before Gillette created the first razor made for women. In 1915, the Milady Decolletée was born, and the early 1900s was filled with ads for women donning bare armpits—something that wasn’t really seen in the media prior.

More and more techniques for hair removal started to arise around the 1930s, so more products were evolving. However, not all of them were safe. One popular hair removal product popular during this time was Koremlu, a depilatory cream that was later found to contain rat poison. Side effects were pain, paralysis, and even death.

Finally, in the 1940s, the first electric razor for women, created by Remington, was released. And in the 1950s, with the growing popularity of bikinis, bare legs and bikini lines were turning into more of a thing, so this razor was the top choice for hair removal (since those creams were obviously pretty problematic).

In the 60s, we saw wax strips and he first laser hair removal—but that was later discarded because it caused skin damage. And in the 1970s saw the rise in electrolysis.

Curious the trends that continued into the 1980s and today? Check out the video below!

What do you think of some of these crazy hair trends? What’s your preferred method of hair removal?