There are certain food items that cause questions about where to store them. Some people store peanut butter in the pantry while others keep it in the fridge. Some people refrigerate their tomatoes and others leave them out on the counter.

But eggs aren’t really a food item that we question where to store: It’s always in the refrigerator. Right?

Well, at least here in America that’s where we store our eggs. But did you know that some countries choose to keep their eggs at room temperature—or around of around 62 to 73 degrees F° or 17 to 23 degrees C° to be exact?

Can you imagine: a world in which you’re shopping for eggs at a grocery store, and the eggs aren’t next to the butter, cheese, and milk? Now we’re curious which one makes more sense.

Why do we keep our eggs cold?

In America, eggs are washed and sprayed thoroughly with a chemical sanitizer before they’re packaged into their cartons and sent away for consumers. That said, keeping these eggs cool (read: in a refrigerator) helps prevent the eggs for deteriorating as quickly, as well as to help prevent the growth of any bacteria.

However in European countries, eggs aren’t washed before they’re packaged up—in fact, farmers pride themselves on collecting only clean eggs, instead of trying to clean ones that need it. 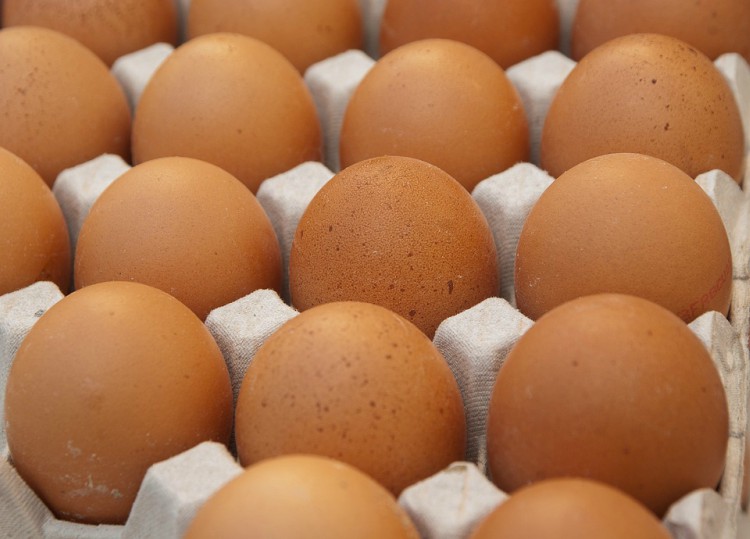 Additionally, while there are some free-range environments in America, we mostly rely on a factory-farm setting to produce eggs so that more of them are able to be produced in a smaller area. However, this can make the eggs more susceptible to acquiring salmonella—whether it’s passed from an infected hen during laying, or if the egg gets into contact with infected feces.

This is of course, the biggest reason the eggs are all washed and sprayed thoroughly before moving on to store shelves. According to the United States Department of Agriculture, to avoid any potential issues, right after the eggs are cleaned, they’re moved to rooms that are precisely a temperature of 45 F° or 7.2 degrees C°, or lower.

This also means that you shouldn’t leave an egg out at room temperature for longer than two hours if it was previously refrigerated. Additionally, the US Centers for Disease Control and Prevention recommends that keeping he fridge temperatures no higher than 40 degrees F°

But perhaps one of the biggest reasons we refrigerate eggs in America is because we don’t vaccinate our chickens, so refrigerating the eggs helps limit the spread of disease.

However, most European countries vaccinate their female chickens, which means they can’t contract the disease, which means there’s no chance of them spreading it. Vaccination has been shown to decrease the risk of salmonella cases.

So basically, America prevents the spread of salmonella through regular testing, refrigeration standards, and strict sanitary codes, and European countries do it through vaccinations.

Side note: If you’re wondering why we don’t vaccinate hens, “there was not enough evidence to conclude that vaccinating hens against salmonella would prevent people from getting sick,” The New York Times reported. The Food and Drug Administration also said the precaution would be extremely expensive.

Did this blow your mind like it did ours? We never even thought about this until now.

What do you think about the differences in how we process and store our eggs in America vs. other countries?