When Pat Sajak Met Second Wife Lesly Brown, There Was “No Electricity In The Air”

When many people think of the show “Wheel of Fortune,” they think of Pat Sajak and Vanna White.

While Sajak has been hosting the show for decades with White at his side, their relationship is 100% professional, and he is very happily married to his wife, Lesly Brown.

It’s easy to think that we know a lot about Sajak since we’ve seen him on TV most nights year after year, but you may not know a lot about his wife. This is partly because they keep their private lives private, but there are multiple times that Brown has been in the spotlight before and after meeting her husband.

Brown grew up in Maryland (and, therefore, her nationality is “American”, as many have wondered) with her parents Michael Brown and Maria Brown and her two sisters, Kelly Brown and Wendy Brown. She attended the University of Maryland and earned her bachelors degree in television production. Before meeting Sajak, she did some modeling, including posing for Playboy. Then she went back to school to earn another bachelors degree. She told People, “I left modeling to become a professional law practitioner.”

Brown and Sajak first met back in 1988 at a sports bar in Irvine, California. Brown has admitted that there was no initial spark during that first meeting, and Sajak agrees. He once said there was, “no electricity in the air. She wasn’t talked about on the car ride home.” It clearly wasn’t love at first sight.

Shortly after meeting Sajak, Brown returned to her hometown in Maryland, and Sajak stayed in Los Angeles where he was filming his show. Brown was only 23-years-old at the time. Sajak was 42.

Sajak and Brown kept in touch even though they were living on opposite sides of the country. They talked on the phone quite a bit, but their relationship was just friendship at first. 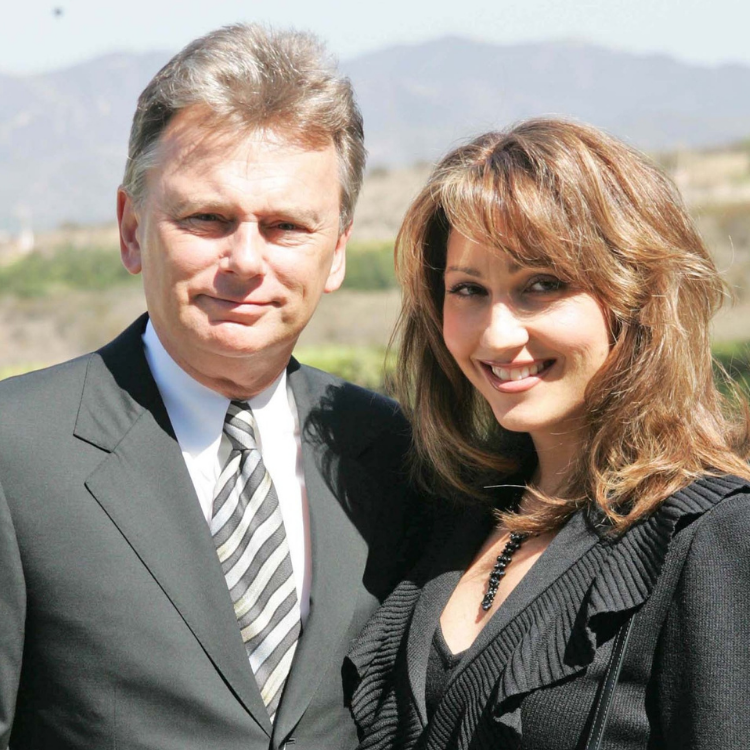 One turning point in Sajak and Brown’s relationship was when Brown went on a dating show called “The Dating Game.” She ended up going on a date to Mexico with the bachelor who won the show. This date made Sajak jealous, and he knew he wanted to be more than friends. When Brown returned from Mexico, Sajak flew to Maryland to meet her.

Sajak proposed to Brown on Labor Day, and they got married at Saint Mary’s Roman Catholic Church in Annapolis, Maryland on New Year’s Eve in 1989. They had a private ceremony with about 150 guests. White was one of the guests, and about 10 police officers made sure the stars were safe. 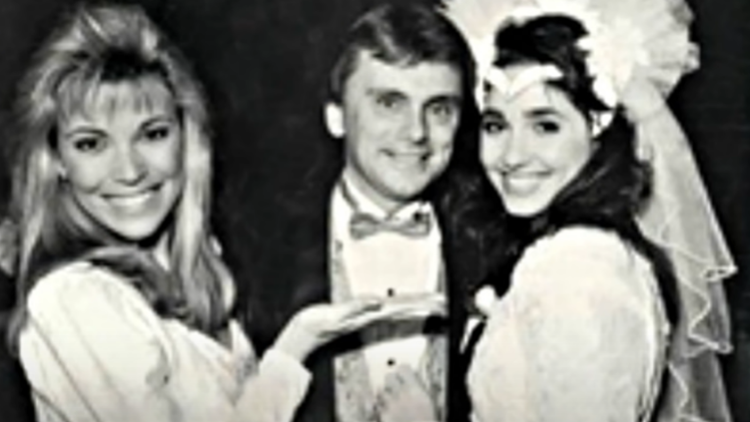 This was Brown’s first and only marriage, but Sajak had been married once before. He met a woman named Sherrill in 1978, and the couple got married in 1979.

Not a lot is known about Sherrill’s life before she married Sajak. One important thing to mention is that Sajak started hosting “Wheel of Fortune” in 1981, three years after getting married, and this sudden career success that came with fame and popularity most likely had some part to play in the fact that this first marriage didn’t work out. The two officially divorced in 1986, two years before Sajak first set eyes on Brown.

Sajak and Brown spend much of their time at their home in Maryland; however, since “Wheel of Fortune” films in Los Angeles, they also spend quite of bit of time there as well. 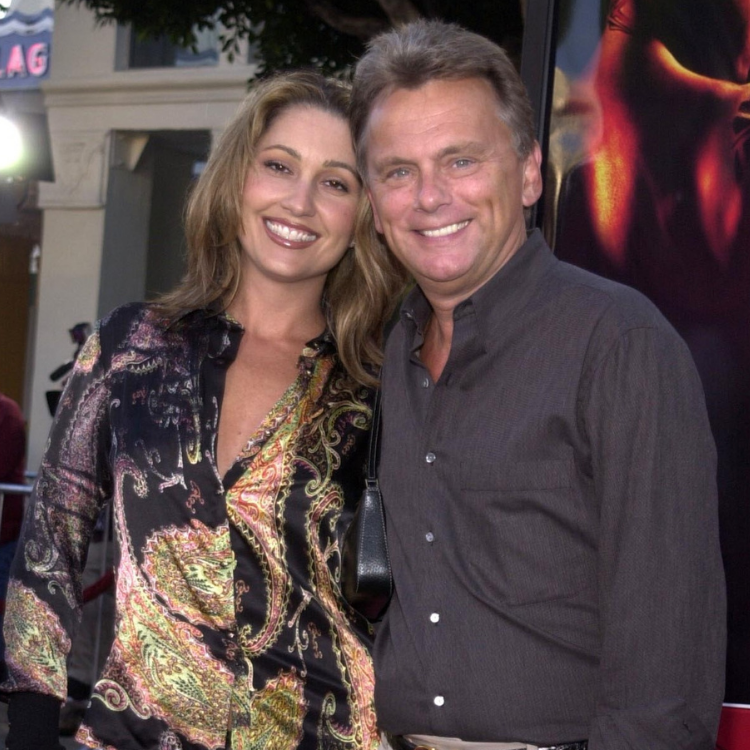 Brown has appeared on “Wheel of Fortune” a few different times. On April 1st, 1997, yes, that’s April Fool’s Day, Sajak and White competed against each other on the show. Brown took over White’s role turning the letters around, and the late host of “Jeopardy,” Alex Trebek, took over Sajak’s role hosting the show. Brown appeared on the game show again in March 2008. This time it was to promote her wheel-themed jewelry. 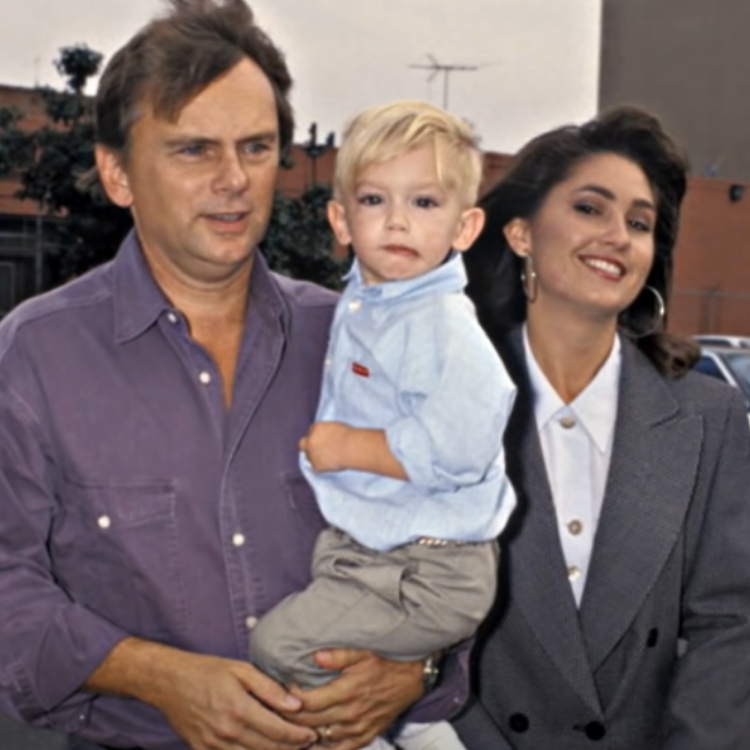 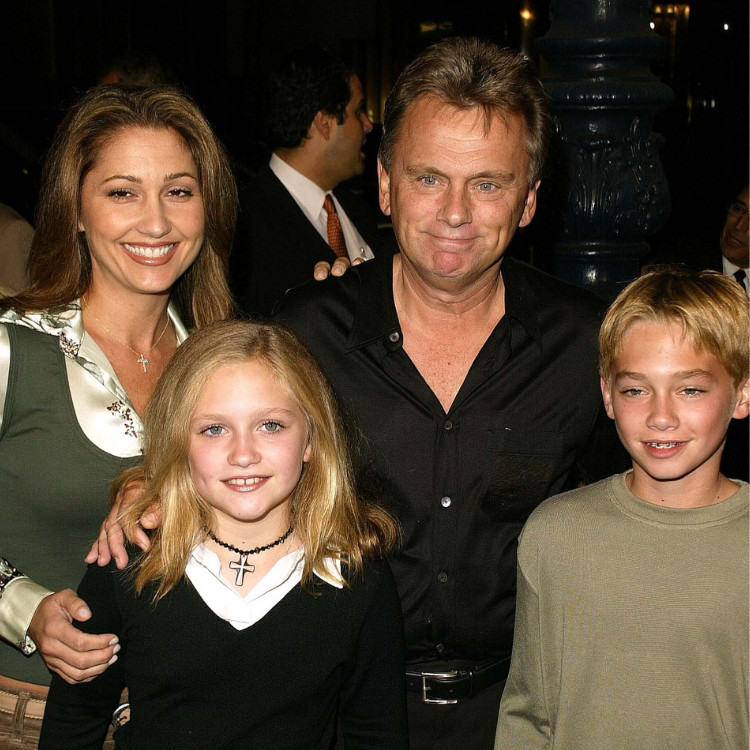 You may have heard the name Maggie Sajak before. She is a country singer with a budding career. She released her first single, “First Kiss,” when she was just 16 years old. Many people were introduced to her music for the first time when her dad promoted the music video for her single by airing it on “Wheel of Fortune” for her 17th birthday. 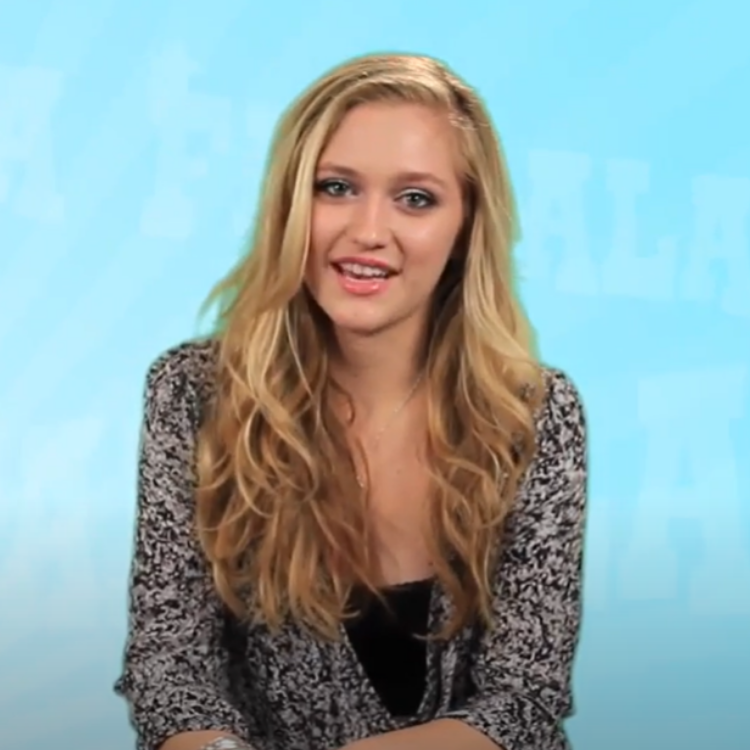 Patrick Michael James Sajak stays out of the spotlight, but in the few public photos of him with his family, he definitely looks a lot like a younger version of his father. He prefers to keep his life private.

The long and happy marriage between Sajak and Brown seems to prove a few things. First, second marriages can be very successful and long-lasting. Second, age is just a number. Brown is 19 years younger than her husband, but it seems like the age difference hasn’t mattered at all. Finally, although it sometimes seems that celebrity couples have trouble making marriage work, some couples, like Brown and Sajak, have very long-lasting marriages. 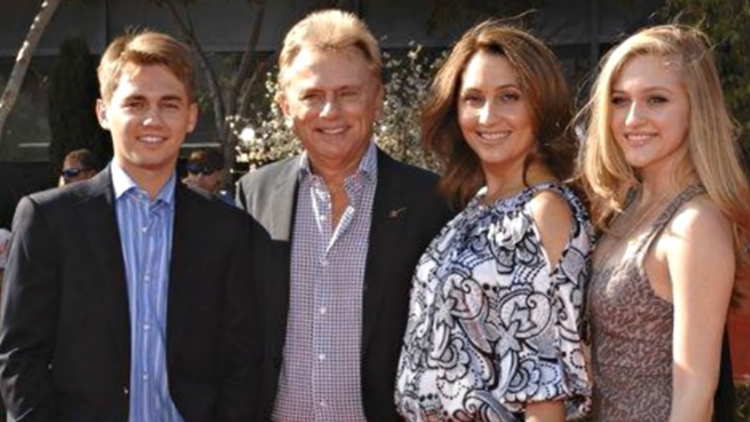 Additionally, while Pat Sajak had a health scare recently, he is not suffering from any known diseases, as some have speculated, but rather had a blocked intestine that required surgery (and would have been life-threatening if not for the quick action by doctors) and from which Sajak has fully recovered. So Sajak and Brown have health on their side too, at least for now!