It seems that every parent has a “cut off” when it comes to getting undressed in front of their child. While some prefer to take the modest route by keeping those robes pulled tight, others tend to feel that nudity is, simply put, no big deal. And though we certainly understand both sides of the argument, there comes a time when family nakedness tends to get a bit weird!

So, when is the right time to start covering up? To crack this head-scratching code, Rachael Ray recently invited a pediatrician to weigh in on the topic. But, before giving her professional opinion, the doctor took a quick poll from the audience members; she asked them if nudity in front of their own kids is ‘bad’ or ‘not so bad’?

Surprisingly, the results were split; about half said it was ‘bad’ to be naked in front of their kids while the other half said it was ‘not so bad’. At this point, we were ready for her to take a firm stand, but the pediatrician actually said that she agreed with each and every audience member.

“It’s bad if it makes you or your child uncomfortable,” she explained. Seems logical, right? So, for example, if family bath time makes neither the child nor the parent squeamish, she feels that it’s a completely appropriate and natural thing. 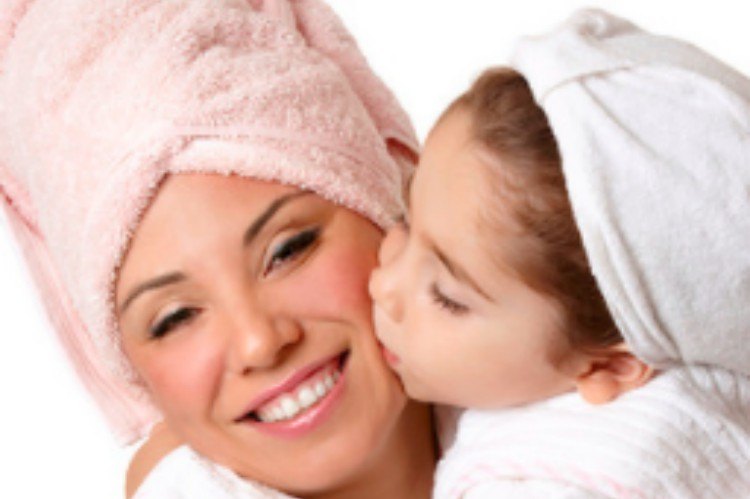 In an article for the blog Momtastic, psychotherapist Katie Hurley echoes the pediatrician’s views— in her mind, maintaining that sense of comfort is key to keeping the practice healthy. Nonetheless, Hurley does say that if nudity is a routine thing in your home, it’s important to be sensitive to your kid’s changing needs. She writes:

By about age 6, most kids understand the concept of privacy and might seek more modesty in the home. You might find that your child no longer wants to bathe with a sibling, shuts the door tight when in the bathroom, and even closes herself into her room to get dressed in the morning. Your child’s demands for privacy actually signal independence.

Kelly Wallace, a digital correspondent for CNN, gives a tongue-and-cheek response about the awkward topic, saying, “I don’t think anyone should have to see me naked unless they’re married to me!” Yeah, we feel the same way about ourselves on that one!

And though Wallace admits that she doesn’t quickly cover up in front of her girls, she does say that her husband has taken the opposite approach. “We often tend to think about it if it is the other gender,” Wallace remarks, “If I had sons, I’d probably have a whole different kind of sense of ‘at what age is it inappropriate for them to see me naked?’.”

As you’ve undoubtedly surmised, there seems to be no discernible magic number when it comes to putting a stop to nudity; it all has to do with how each and every family member feels about it. If you’re finding that your head is still spinning over this delicate issue, we recommend reading a wider range of opinions and advice in CNN’s article here. We’ve got to admit—this is a tough one!

What side of the issue are you on? Do you think that a parent’s gender should play a role in nudity? At what age should parents start covering up? Tell us all about your thoughts and experiences in the comments section below!