We all know what drowning looks like, right? Wrong— and that wrong vision, fueled by dramatic T.V. scenes, can have catastrophic consequences.

According to data gathered by the World Health Organization, an estimated 360,000 people die due to drowning-related complications annually.

It’s a staggering statistic that gets even sadder when you consider that, by and large, children under the age of 14 make up the most predominant segment in this group.

Currently, the highest rates are centered in Southeast Asia, but the United States also carries a relatively sizable chunk of the responsibility, as drowning is currently the second-leading cause of accidental death in kids aged 1-14 years, behind auto accidents.

Recently, we shared the heartbreaking report of Olympian Bode Miller losing his toddler daughter to a drowning accident at a backyard pool party earlier this summer. After publishing the story, we received an outpouring of emotion from readers, and it got us thinking about drowning in general. How can this happen so often–especially in situations where plenty of adults are present?

After doing some research, we found plenty of evidence that pointed to one, very ominous reality: we have a lot of ideas about what drowning “should” look like, but many of us have the very wrong idea. 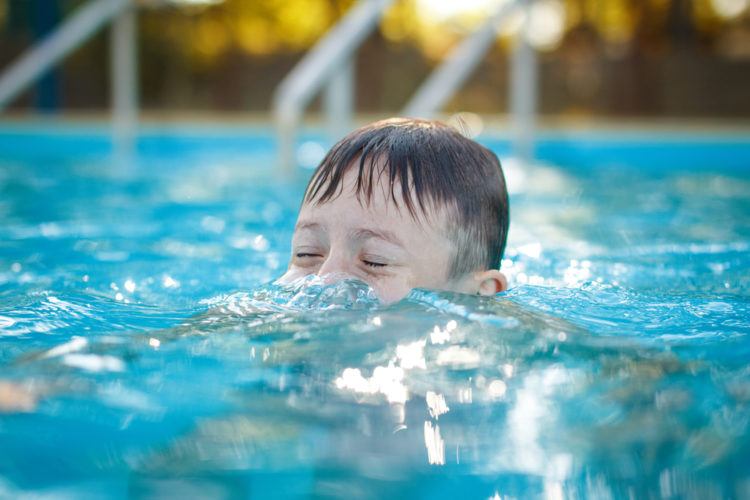 In a piece published in the Coast Guard’s On Scene, Dr. Pia, from lifeguard training and drowning prevention program Pia Enterprises, gave an explanation for why folks drown while under supervision— and how this dangerous trend can be stopped.

Let’s take a look at the not-so-obvious hallmarks of drowning:

We don’t know about you, but we, for one, are relieved to know that we now have a better understanding of what drowning looks like.

Remember, this information is only effective if its spread, so share it with fellow parents and even your kiddos, too. By considering all three of these factors, you, too, now have the awareness that it takes to save a life.  Let’s make drownings a thing of the past!

We’d love to hear your take on the topic of drowning. Have you ever endured a drowning tragedy? If so, what happened? Do you have any other tips for identifying drownings-in-progress?