We all go through times when cleaning is pretty much the last thing on our minds, right? You know, those periods when you’ve got a million things to juggle–work is as hectic as can be and you can barely manage to get your dinner made, let alone sponge every dish clean or even load the dishwasher.

Everyone can relate to that, right? (And, if you can’t, something tells us you aren’t being completely honest with yourself!)

Having said that, there are other reasons why dishes might be piling up in your sink that have nothing to do with a full schedule or even laziness. If you’re one of the 16.2 million of American adults who have experienced a depressive episode in the past 12 months, then chances are, you know just how difficult of a feat it can be to conquer something as seemingly-effortless as a sink full of dishes.

Yep, we all know that depression and other mood disorders can do terrible things to the mind and body, but it’s not often that non-sufferers get a peek into the more unreported symptoms that some people experience.

Luckily, a Facebook user by the name of Brittany Ernsperger gave others an honest, unfiltered, and very intimate look into the world of depression that many don’t get the chance to see. She did this by posting the above picture, a counter full of freshly-washed dishes, an everyday sight that serves as the perfect visual for her compelling caption.

No. Not the clean dishes. But that there were that many dishes in the first place; that I’ve gone 2 weeks without doing them.

3 days ago I sat on the kitchen floor and stared at them while I cried. I knew they needed to be done. I wanted to do them so bad. But depression pulled me under. It sucked me in. Like a black hole. Rapidly, sinking quick-sand.

The Indiana resident goes onto explain that she suffers from both depression and anxiety, a double whammy that can throw her into deeply dark episodes that make small tasks seem insurmountable.

Throw anxiety on top of it, and you’ve got yourself a real treat. Being scared your husband will leave because he thinks you’re lazy. Being scared to let people into your home because they’ll think you’re nasty. Feeling like you’re failing your kids because for the 3rd night in a row you don’t have any clean dishes to cook dinner on…so pizza it is. Again.

And the worst part of it all, it’s not just with the dishes. The laundry, cleaning, dressing yourself, taking a shower, dressing your kids, brushing your and their teeth, normal everyday tasks. It all becomes a nightmare. A very daunting task. Somedays it doesn’t get done at all.

But, even through all of that, Brittany finds a way to end her post on a positive note and explains that she wrote it in the first place so that people could feel more comfortable about sharing their mental health issues.

Depression is something that “strong” people don’t talk about because they don’t want people to think they’re “weak”.

You’re not weak. You’ve been strong for so long and through so many things, that your body needs a break.

I don’t even care if the only thing you did today was put deodorant on. I’m proud of you for it. Good job. I’m in your corner. I’m on your side.

I’m not looking for sympathy, not in the slightest. But I am letting everyone know that I’m here for you. I get it. If you need someone to talk to, I’m always here to help.

An incredibly beautiful sentiment, if we ever heard one. Since posting her story a little over a month ago, it has garnered almost 200,000 likes and a quarter of a million shares. Incredible stuff considering Ernsperger wasn’t a public figure until she wrote her statement, which was originally just intended for her friends and family. 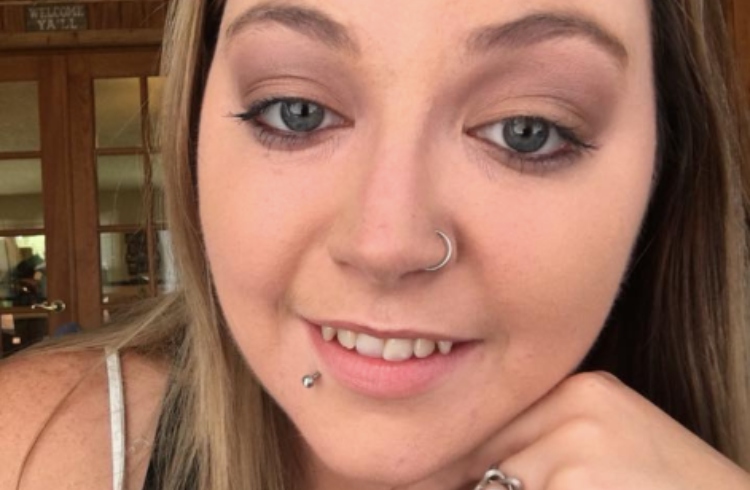 Now, the mother of four is known to many and has even appeared on Today. She is focused on helping and connecting with others who might not have the resources they need.

With all of the negativity on the Internet these days, it’s great to know that folks are using the powerful communication tool for good, too. You go, Brittany!

We’d love to hear your thoughts on this story. Were you moved by Brittany’s post? Can you relate to it? What has helped you manage your depression?