Weed-Killing Chemical Found in Breakfast Cereals — How Worried Should We Be?

It’s no surprise that some sugar-laden breakfast cereals aren’t quite the most nutritious of meals. And now, we can most certainly attest to that—but it might not be because of the high levels of sugar. It has to do with certain chemicals that could end up in some of your breakfast foods.

A new report recently pinpointed that glyphosate, the active ingredient in Roundup herbicide, could be lurking in many oat-based breakfast foods. Glyphosate is an ingredient used to kill grasses and weeds. And if it can kill your grass, imagine what it might be doing to humans, especially children.

According to the International Agency for Research on Cancers, glyphosate is “probably carcinogenic to humans.” In other words, while there isn’t enough research to make formal claims, it’s pretty likely that glyphosate has the potential to cause cancer.

However, there could be a different between consuming glyphosate on its own (which we hope no one would ever do) and consuming it through traces of it found in foods, such as cereal. The World Health Organization claims that glyphosate is “unlikely to pose a carcinogenic risk to humans from exposure through the diet.”

While glyphosate has been around since the 90s and hasn’t really made headlines for being dangerous before, this new report comes after a lawsuit against Monsanto. The agrochemical and agricultural biotechnology corporation had to pay nearly $300 million to a groundskeeper who claimed his use of glyphosate (which he used while working to kill weeds) had given him cancer. That’s when the Environmental Working Group tested 29 breakfast foods and found glyphosate in 24 of them.

How does glyphosate end up in oat-based foods? 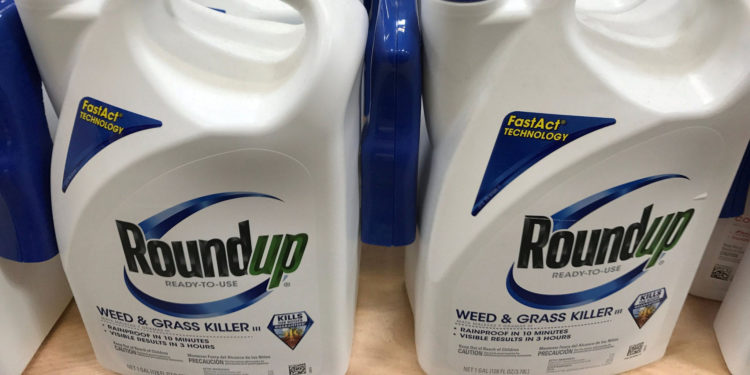 Oats aren’t modified for glyphosate resistance. In other words, farmers who use glyphosate on oats to kill the crops then dry them out for harvesting. But how much end up in the food varies.

The results of the Environmental Working Group showed that Quaker Old Fashioned Oats contained 1,300 parts of glyphosate per billion, the highest of the foods tested. Additionally, the chemical was found at up to 780 parts per billion in Quaker Dinosaur Eggs Brown Sugar Instant Oatmeal and up to 530 parts per billion in General Mills’ Cheerios cereal. Nature’s Path Organic Honey Almond granola also had traces of glyphosate, but they were nearly undetectable.

How dangerous is glyphosate?

We can’t seem to come to a general consensus of just how dangerous this chemical can be.

According to Monsanto, even the amount of glyphosate found in the Quaker oats (the highest) are still at least 100 times below the United States Environmental Protection Agency (EPA) recommended safety limits, and shouldn’t be a cause for concern.

“Even at the highest level reported by the EWG (1,300 parts per billion), an adult would have to eat 118 pounds of the food item every day for the rest of their life to reach the EPA’s limit,” the company said in a press release.

Truth be told: No one seems to know how much glyphosate is too much. That said, we don’t know much about the effects of glyphosate on children, which is why parents are trying to limit their kid’s consumptions of breakfast foods that might contain any levels at all, just to be safe.

To learn more about the lawsuit against Monsanto, as well as the connection between glyphosate, your cereal, and your health (for both adults and children), check out this video below.


Did you know that this chemical could end up in your oat-based foods, and could potentially be a health hazard? Are you going to pay more attention to the foods that could contain the chemical?