This Family Has a Beautiful Wedding Tradition

It’s a pretty common tradition for a bride to wear her mother’s dress on her own special day. Not only does this save the bride money, but she gets an extra dose of emotion knowing that she’s wearing the same dress her mother wore on her wedding day. While this tradition isn’t for everyone, it can make a special moment that much more special for some! But the Kingston family takes the idea of this tradition to a whole new level. The family has been passing along the same Victorian-style wedding gown since 1895, a dress that has been worn by 10 brides for their “I do’s.”

The eleventh and most recent of those blushing brides is Abby Kingston, who proudly wore the spectacular dress for her wedding in fall of 2015. The tradition was started by Abby’s great-great-grandmother, Mary, who then passed the dress along to her great-grandmother, her grandmother, her aunts, and her mother in the decades to come. 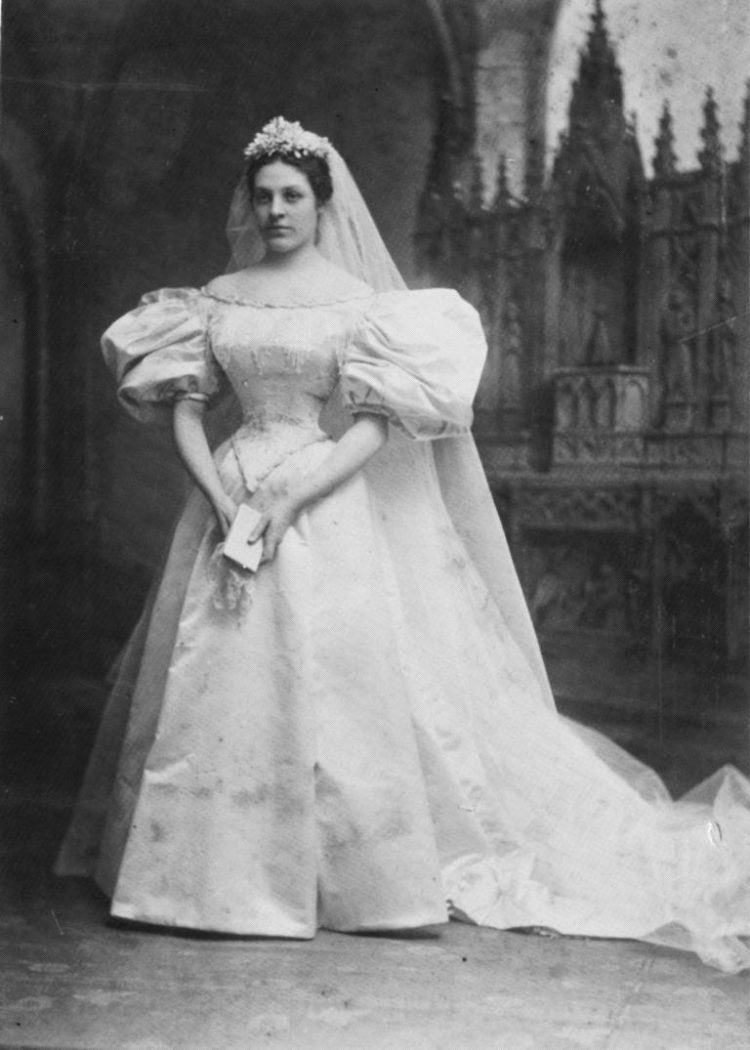 The Knot
Needless to say, her mother, who wore the gown in 1977, is thrilled that Abby has chosen to carry on this family tradition.

“Every mother wants their daughter to wear the wedding dress she wore,” Abby’s mom confesses to Insider Edition. “It was a dream come true for Abby and for me – and for all the other brides before her!”

Considering that the dress hasn’t been worn in 14 years and the fact that it was 120 years old at the time of Abby’s wedding, the gown wasn’t in great shape. Abby and her mom brought the dress to designer Deborah Lopresti to see if the dress could be salvaged and even updated to be a touch more modern.

It was doable for Lopresti, but it was far from an easy job. Recovering the dress took over 200 hours of detailed work, in which Lopresti had to essentially take the gown apart, restitch everything, and then put the gown back together. After some restitching and treating of the ancient fabric, the dress came out looking as good as new!

Not only was Lopresti able to save the dress from disrepair, she gave it a touch of modern flare that made it perfect for Abby’s 2015 wedding while still keeping the integrity of the Victorian gown intact. Abby was able to wear her new (and simultaneously, old) dress with pride, feeling a strong connection to the ten ancestors before her that also wore the gorgeous dress.

“There are so many women before you that have had that feeling of love and that excitement of their wedding day,” Abby told Insider Edition. “I just am so excited to put on the dress and feel that same feeling.”

We’re sure that her beautiful, meaningful dress made her day that much more special!

What do you think of this fascinating tradition? Do you like the idea of passing down a wedding dress like the Kingston family? Share your thoughts in the comments section below.