Have you ever walked into your local Target store in search of a small essential item, like toilet paper or colored pencils for your kid’s school project, only to walk out of the store 2 hours later, pushing a cart that’s filled to the brim with cosmetics, electronics, clothing, and other random items you didn’t think you needed? If this is, in fact, you, don’t beat yourself up too much because, believe it or not, committing these shoppers’ faux pas just means that you are falling into the iconic store’s trap.

According to a report from Business Insider, Target is fully aware of the fact that its customers overbuy and, subsequently, overspend at their stores. As a matter of fact, they are part of the reason behind the twisted psychology that inspires all of us to do so.  It’s known on the internet as the “Target Effect”–and, boy, is it real!

Business Insider retail reporter, Mary Hanbury, explains that one of the most powerful reasons why so many shoppers get sucked into the black hole that is the store is because of its unique layout. Whether or not you’ve noticed, all Target stores are organized in such a way that, if you follow the “main pathway,” you, as a shopper, are pretty much forced to push your cart through every single section–from clothing to holiday gifts and so on.

The reporter also says that Target’s inviting, warm, and highly-organized atmosphere differs from most other big-box stores (cough, WALMART, cough), which means that customers stay in the store longer, thus picking up more stuff along the way. 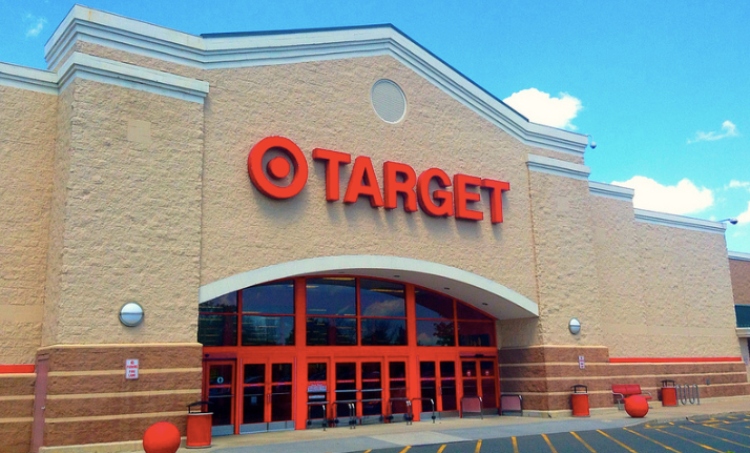 Now, it should be noted that the above proclamation isn’t just a random musing on the part of the retail reporter; studies have shown that shoppers are actually more likely to spend more time–and drop more unnecessary cash–in environments where they feel welcomed and comfortable. Makes sense!

We don’t know how you feel after learning all of that information, but we have to say that we feel pretty torn. On one hand, we are mad at Target for manipulating our shopping experiences, ones that are always filled with the best of spending intentions. But, on the other hand, we find it very difficult to stay mad at Target. It’s like staying mad at a puppy—it’s too fun and cute to snub!

Of course, there are also plenty of other reasons for the “Target Effect”–and they’re not as obvious as you might think…

To get Business Insiders’ full report on the zany psychological effect that Target has on shoppers, be sure to watch the video below. The next time your spouse admonishes you for your shopping compulsion, at least you have some sturdy science to back up your problem!

We’d love to hear your thoughts on the psychology behind shopping at Target. Are you surprised that the store designs its locations in such a way? Are you guilty of overspending at Target? What’s your all-time favorite item to shop for at Target?