If you are anything like me, you go through a lot of mascara—more quickly than you would probably like to admit! Though I stopped throwing out my wands a while back in favor of upcycling, I am now getting ready to let go of my entire collection so that it can be used to help out some very vulnerable creatures.

You see, these miracle brushes don’t just work to perform wonders on your lash line, they are also being used by the volunteers at Appalachian Wild to take care of wounded or abandoned animals.

Recently, the charity, which specializes in the rehabilitation and conservation of wildlife in the hills of western North Carolina, began a program called Wands for Wildlife. As you may have already surmised from its title, Appalachian Wild is working to round up as many of these mascara wands as possible.

According to their website, the organization’s workers have found that these beauty tools work well on cleaning the tiniest of animals. Since the bristles on these particular brushes are placed so close together, the charity’s animal experts have found that they are the perfect for picking away fly eggs and larva, as well as clinging bugs like ticks, fleas, and nits.

Since first posting about the unusual drive on their Facebook page, the charity has gotten so many donations that they can barely keep up! Everyone from the everyday woman to Hollywood makeup artists to helpful students have done their part by sending in wands, sometimes by the hundreds.

It’s important to note that wildlife lovers aren’t just throwing a few wands in the mail and going about their lives; some are also organizing large events to help collect as many as they can. Wandraisers are popping up around the nation, where people can come and drop off used wands, or even donate money to the volunteer-run charity. 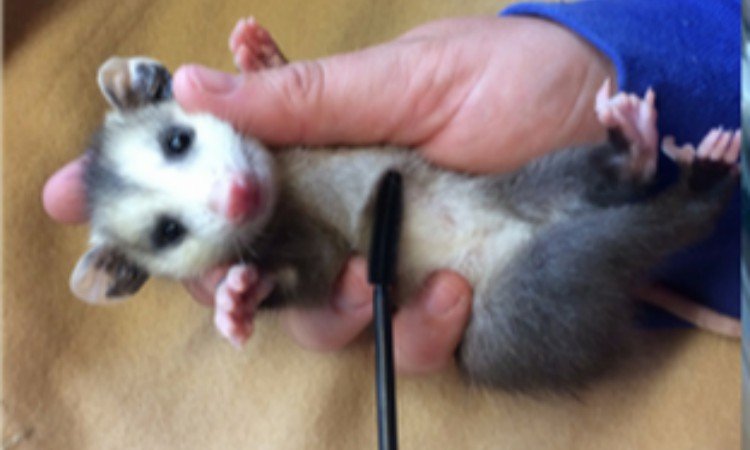 If you are interested in donating your used wands, you must first clean them off. The charity says that this can be done with just some warm water and soap. If the gunky black stuff just isn’t budging, we recommend letting them sit in the water-soap mixture overnight.

When the wands are, once again, looking like new, visit the Appalachian Wild site here, where you can print out the proper mail form. If you are feeling particularly generous, you can always send a donation along with your wands, too.

Considering that this amazing charity is collecting funds in order to open up a triage facility, we think that they would be more than happy to receive any help that they can get. This is a serious upcycle “win”, if we have ever seen one!

What do you think of Appalachian Wild’s creative use of mascara wands? Do you plan on donating your mascara brushes to this cause? Have you ever volunteered your time with an organization like this? Tell us all about your thoughts and experiences in the comments section below!