This Mother Delivered a Pair of Unique, Mixed Twins

Twins Myla and Anaya tend to turn heads when they’re out in public – and not just for their adorable smiles. Earlier this year, Hannah Yarker gave birth to these two beautiful, healthy twin girls, and everything seemed perfectly normal. Her and her husband, Kyle Armstrong, saw right away that they were identical and were thrilled with their luck. But little did they know the true miracle behind their twins was yet to be revealed. About two weeks after the twins were born, the new parents started to notice something strange: Myla’s skin color was changing.

It took a few weeks for the pigmentation of Myla’s skin to darken enough so that it became noticeable to her parents, but it soon became apparent that an extraordinary anomaly had occurred with the twins. While Anaya had light skin and blue eyes, Myla gradually developed darker skin and beautiful, dark brown eyes. 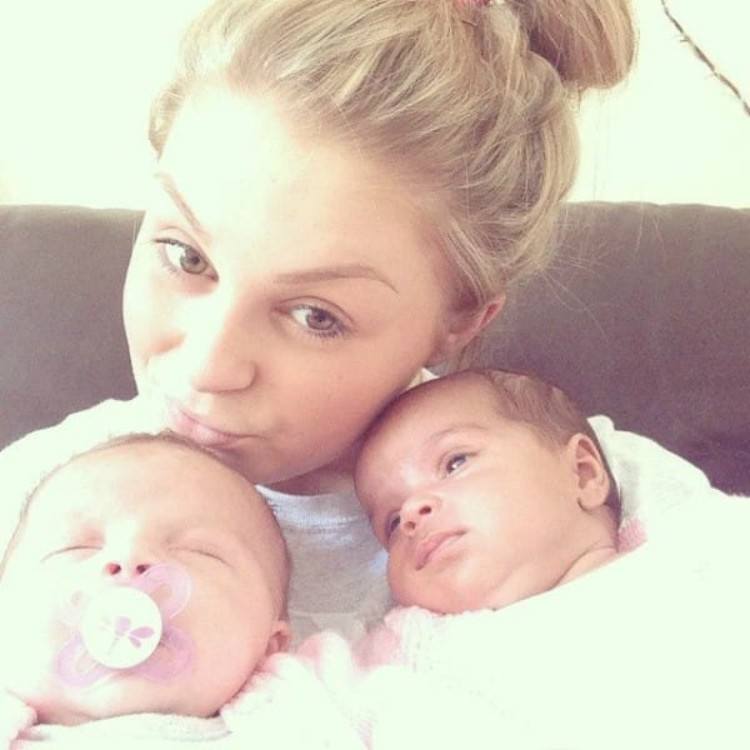 Facebook via Hannah Yarker
Although this is a nearly unheard of occurrence, scientists say that having mixed twins is not so unusual when the parents are multiracial. In this case, mom Hannah is Caucasian and dad Kyle is of mixed descent. The parents proudly claim that Anaya took on mom’s fair features while Myla has inherited dad’s dark skin, hair, and eyes. 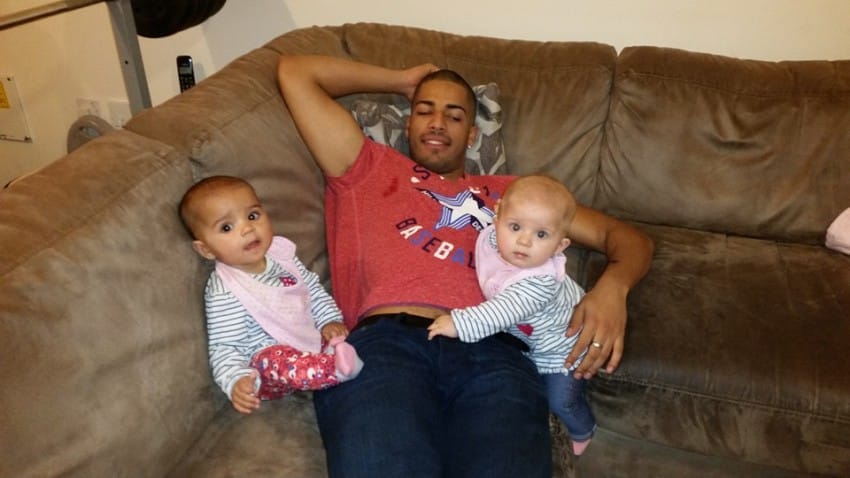 Facebook via Hannah Yarker
Twins like Myla and Anaya come from separate eggs and that developed in separate sacs inside the womb. Because of their multiracial parentage, the twins have both genetic alleles for dark and light skin in their genetic code; it is by happenstance that one twin should get the dominant gene for darker or lighter skin. Oftentimes, the twins will have the same dominant gene and will be born of the same race. But, as these beautiful baby girls have proven, that is not always the case!

Parents Hannah and Kyle are extremely proud that they have a daughter who takes after each of them – they even said their families joked before the twins were born about how great it would be to have “one of each,” meaning a baby of each race. Apparently, the family got their amazing wish! 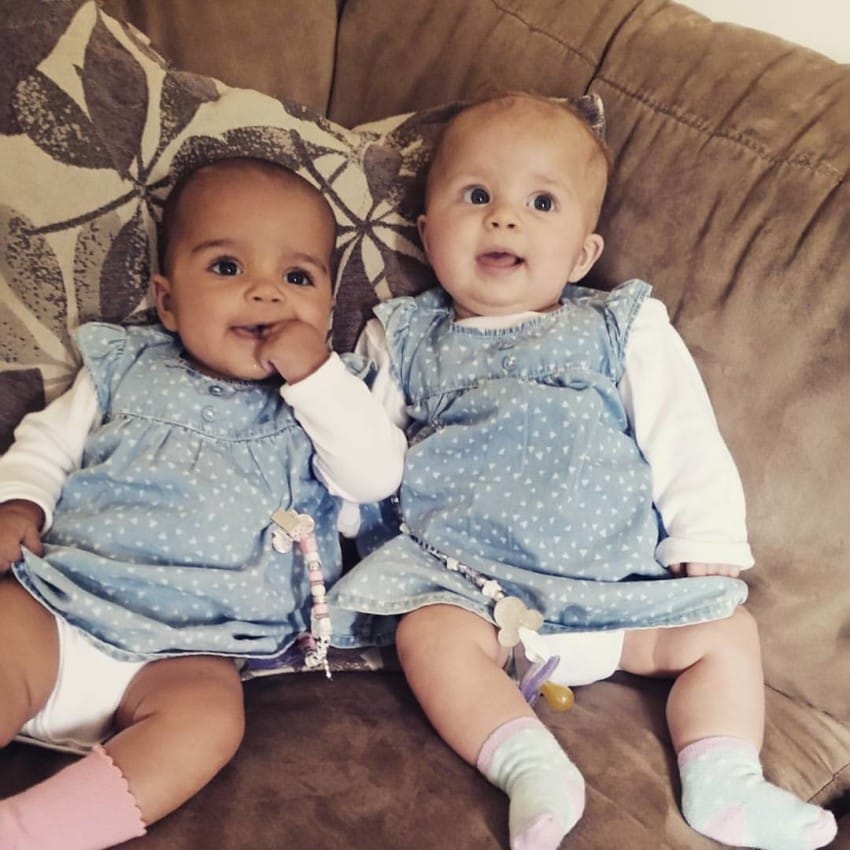 Facebook via Hannah Yarker
Strangers on the street are baffled by Myla and Anaya. Both mom and dad reported that they are frequently asked questions like, “Are they sisters?” “Are they even related?” or “Are they both yours?” Despite the personal nature of these questions, the parents are happy to answer any prying curiosities.

“We can’t believe they’re twins,” Hannah said when she and Kyle first noticed the sisters’ unusual difference. “They’ve got the same birthday, same mum and dad, and they’re just complete opposites in every way.”

As rare as Myla and Anaya are, they are not the first mixed twins to come out in the media. In 2015, mixed race sisters Maria and Lucy went viral with the story of their upbringing and how they often had a struggle convincing people that they were twins, especially in school. Oddly enough, they are also from the U.K., as Myla and Anaya are.

Undoubtedly, Hannah and Kyle feel extremely blessed by their two healthy, lovely, and perfectly unique twins! We’re sure they’re going to adore Myla Anaya forever, giving them the loved upbringing they both deserve.

What do you think of these bizarre twins? Share your thoughts in the comments section below!