You Will Be Moved By This Unlikely Friendship!

Who here was told as a child to never talk to strangers? It’s such a common sentiment that you would be hard pressed to find anyone out there who has not passed the old adage down to their own kids. Conversely, sometimes striking up a conversation with a stranger can change a life. This little girl is proof that reaching out can be a POWERFUL choice!

When mother-of-seven Tara Wood was sent to the grocery store to buy cupcakes at the request of her four-year-old –it was the girl’s birthday! – she would have never expected that her preschooler would make someone’s day.

Tara, who is a contributor with the TODAY Parenting Team, wrote all about her girl’s heartwarming encounter in a blog post entitled “That Time My Daughter Talked to a Stranger.” We know . . . the idea sends chills up our spine too, but don’t worry! This story just may make you re-think the idea altogether.

The first thing that you have to know about Tara’s daughter, Norah, is that she ADORES the elderly. In fact, earlier in the day that the event took place, the little girl told her mommy, “I like old peoples the best ‘cos they walk slow like I walk slow and they has soft skin like I has soft skin. They all gonna die soon so I’m gonna love ‘em all up before they is died.”

Yeah, a tad cringeworthy, we know, but Tara smiled, never thinking that her daughter would express her views in public. All was fine until she brought her kid to the supermarket. Norah spotted an old man and loudly proclaimed, “Hi old person! It’s my birfday today!”

The writer braced herself for the man’s reaction—all of you parents out there know how excruciating it can be to feel that you need to apologize for your kid—but the man just smiled and replied by saying, “Well hello little lady! And how old are you today?”

Phew! We were on pins and needles following that one too!

After a short conversation, both parties went their separate ways. They bumped into each other after some time, and Norah asked her mother if she could ask the man to pose for a picture with her—it was her birthday after all! The grandfatherly-type obliged, and that’s when this unlikely friendship started. 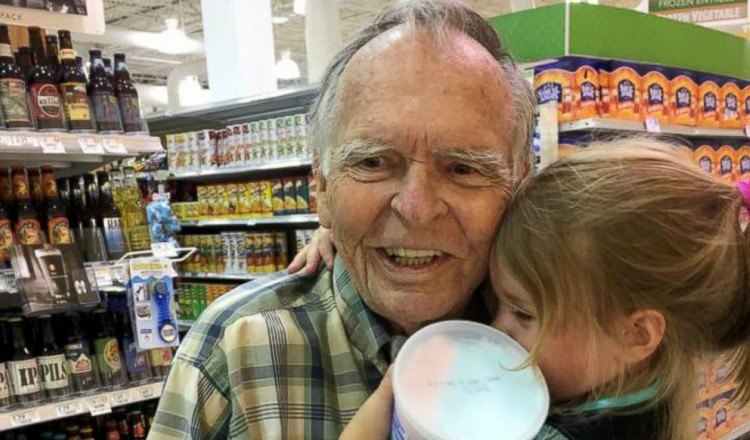 Tara Wood
Norah and the old man—Mr. Dan—have kept in touch, and it turns out that this little tyke has truly transformed his life. You see, around the time that the pair met, Mr. Dan had recently lost his wife. He has confided in Tara, saying that the little girl’s presence has “healed him” of his sorrow and loneliness. Yup, we’re wiping our tears away right now too!

It just goes to show you how beautiful friendships can start by simply saying hello. 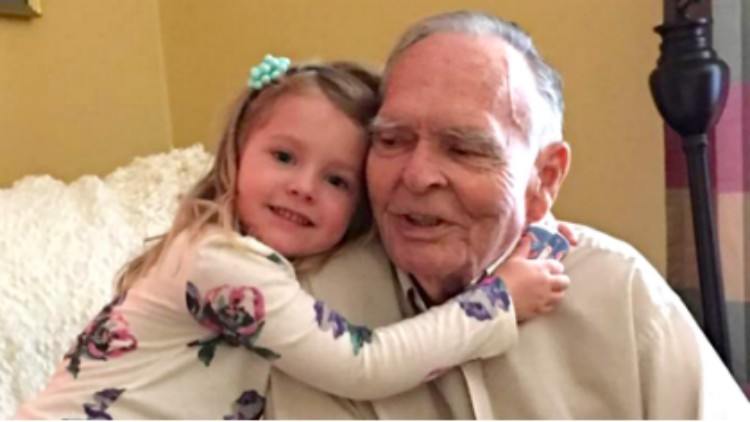 Tara Wood
What do you think about Norah and Mr. Dan’s friendship? Do you have an “unlikely friend”? If so, how did you meet? Tell us all about your thoughts and experiences in the comments section below!
Share on Facebook
Most Popular