The Bubble in This Ultrasound is Very Dangerous

When Tammy Gonzalez of Miami, Florida, was undergoing a routine ultrasound when she spotted what appeared to be a giant bubble being blown out of her baby’s mouth. Not thinking too much about it, she asked the doctors if she had anything to worry about.

“Is that on me or the baby?” Gonzalez asked the doctor.

After further inspection, the doctors realized the bubble was much more than a harmless blip. It was actually something called a teratoma, which is an extremely rare and usually fatal tumor that affect roughly 1 in every 100,000 births. And this teratoma was growing on the child’s mouth.

Gonzalez’s doctors reportedly recommended she terminate the pregnancy lest she face a potential miscarriage. 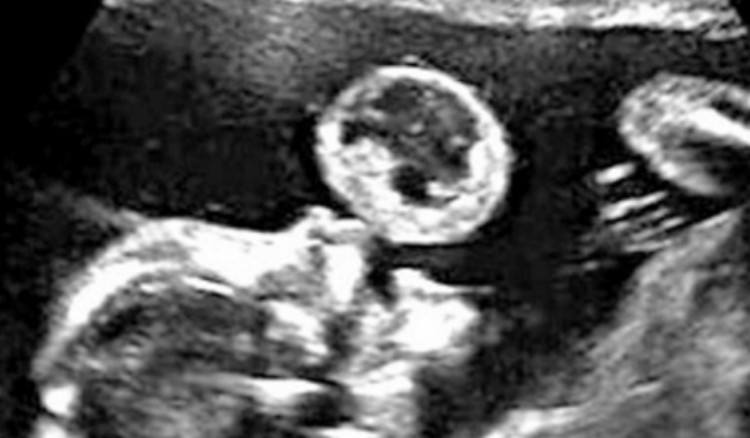 America Now
But Gonzalez refused to terminate her baby, insisting that there was something doctors could do to remove the tumor. Doctors warned her that the tumor could only get worse if she continued with the pregnancy, but she reportedly told them she didn’t care.

“They told me that type of tumor can grow so fast,” Gonzalez told ABC News. “I said, ‘There must be something we can do.'”

After many consultations and in depth research, Gonzalez stumbled across a procedure called a endoscopic surgery. The surgery had never been attempted before, but she insisted that the doctors could use the procedure to save her baby.

When the doctors agreed that it could possibly be done, Gonzalez didn’t think at all about her own safety; she schedule the procedure immediately. 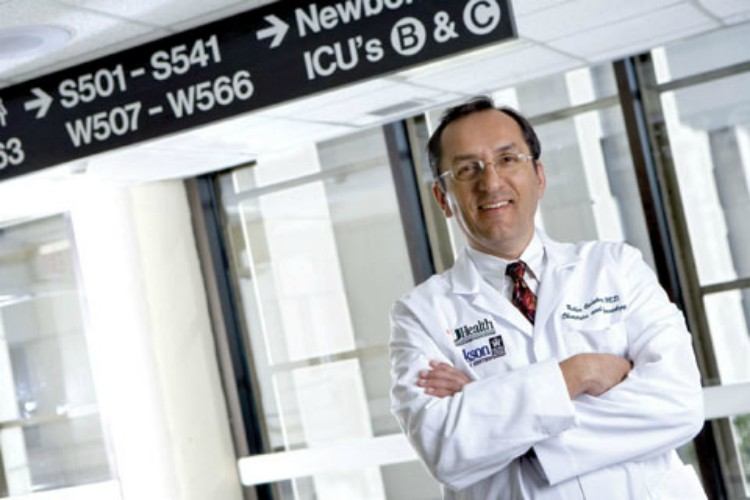 UHealth
Dr. Ruben Quintero, director of the Fetal Therapy Center at Jackson Memorial Hospital in Miami, performed the surgery for the first time. He snaked a tiny camera and surgical tools through a quarter-inch incision in Gonzalez’s abdomen and into the amniotic sac, which she was entirely awake for.

“I couldn’t feel the incision because of the local anesthetic, but I could feel the tube going into the sac,” she said. “It felt like a popping balloon.”

The camera reportedly allowed Quintero to view the tumor in close-up and estimate the risk of cutting it off.

“It was a decisive moment,” Dr. Quintero said.  “We went ahead and cut the stem, and sure enough the tumor fell right out.” 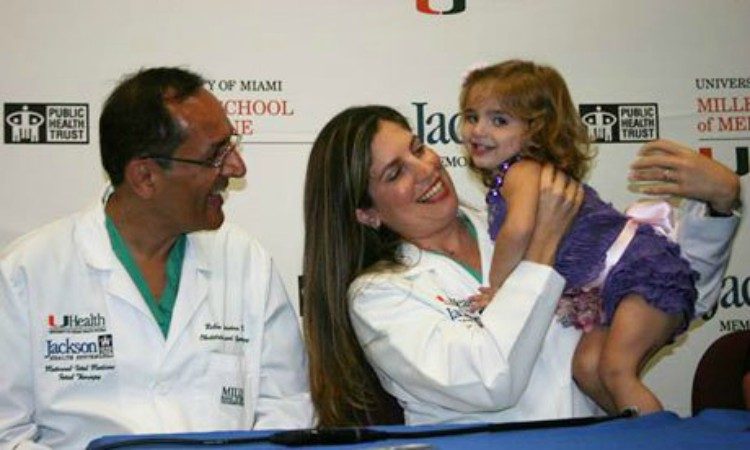 The Guardian
Gonzalez said she was relieved as she watched the tumor glide away from her baby’s face on the ultrasound, saying that, “It was like a 500-ton weight lifted off of me.” The relief of knowing this risky procedure actually rescued her baby must have been unimaginable.

Although the tumor was too big to remove through the amniotic cell sac, it was no longer harmful to the baby or her mother. So the tumor remained floating in the womb until the actual birth four months later. When it was expelled during childbirth, it was significantly smaller than it had been on the initial ultrasound.

“She’s perfectly fine,” Gonzalez said of her daughter Leyna. “She has a tiny scar on the roof of her mouth. She talks, she drinks. She is my little miracle child.”

What an incredible story! This is the perfect example of maternal instinct; even when things seemed bleak, this mother made something happen. Even when her life could have been on the line, she didn’t care, as long as her baby could be saved. We’re so relieved that this traumatic story has this perfect happy ending.