These Two Soldiers Have a Beautiful Reunion

Few things are as beautiful as a soldiers’ homecoming, especially when the service person or their family has planned a special surprise for their return. Of all the beautiful videos we’ve seen, however, this reunion is the most touching one of all.

Ben is a soldier in the United States Army, meant to be on his way to Texas to be trained before a deployment. But Ben isn’t heading to Texas. Instead, he’s waiting in the Sacramento, California airport, waiting for his girlfriend, Robyn, to arrive.

It’s been six months since Ben has seen Robyn, as she’s been serving a deployment in Afghanistan. Today she’s coming home to Sacramento…but she doesn’t expect for her boyfriend to be home, let alone to be waiting at the bottom of the escalator for her, standing in full uniform. 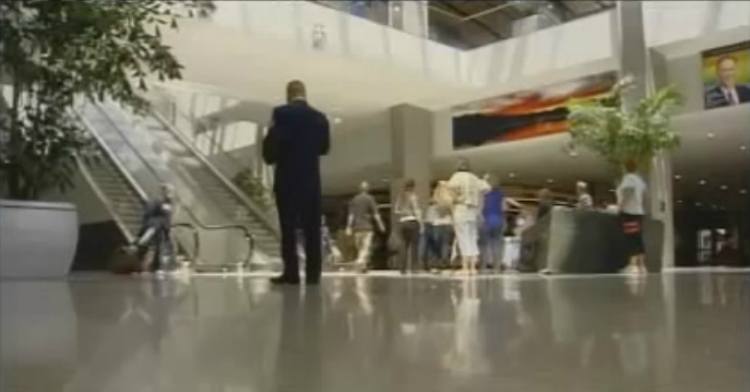 When Robyn is riding down the escalator, she immediately sees Ben and begins to wave frantically. She rushes to him, crying, and begins to hug him, asking why he didn’t tell her he wasn’t in Texas yet. He apologized for lying, saying he wanted to surprise her.

But little does she know that the real surprise is still yet to come.

Before she arrived, Ben showed the news cameras around him the ring box he has hidden in his uniform cap. Inside is a gorgeous engagement ring, with which he is going to use to ask Robyn to marry him.

He’s waited months for this moment, separated from the love of his life and frightened for both of their safety. So now is a huge moment for him and for Robyn – he even admits that he’s so nervous, he doesn’t know what to do!

In front of the crowd that’s gathered, Ben tells Robyn that he loves her deeply and that he wants to spend the rest of his life with her. He then pulls the ring box from his hat, gets down on one knee, and asks Robyn to marry him. She accepts the proposal, absolutely weeping with joy. 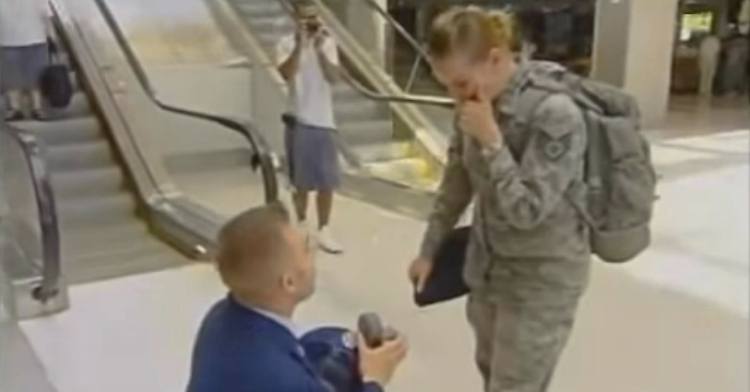 The crowd around the newly engaged couple is shouting and applauding happily as the two embrace, and it seems like this is a scene right out of a romantic movie.

Best of all, Ben decided to do this amazing act of love on Memorial Day weekend, a time when all of us are supposed to honor and appreciate our service men and women. For these two incredibly brave soldiers, this weekend of honor has taken on a whole new meaning for them.

Once again, we’re reminded that these service people make the ultimate sacrifice to serve our country; they put their lives on the line and they suffer through months or years without their loved ones, just to keep America safe. A huge thank you to all our soldiers out there!

What do you think of this adorable surprise and proposal? Is this one of the best solider homecoming videos you’ve ever seen? It’s certainly one of our favorites! Share your thoughts in the comments section below.