The Moving Reason She Packs 2 Lunches For Her Son

One morning, while packing school lunch for her young son Dylan, Josette Duran got a strange request from her little boy. He asked her, instead of making his usual one lunch, if she could pack him two. Confused, she asked if he wasn’t getting full from the food she was providing. But that couldn’t have been further from the what was going on.

Dylan explain to his mother that the extra lunch was for his schoolmate who never had enough money to eat anything other than a single fruit cup each day at lunch. He wanted to bring in a lunch for him, so his classmate could eat, too. 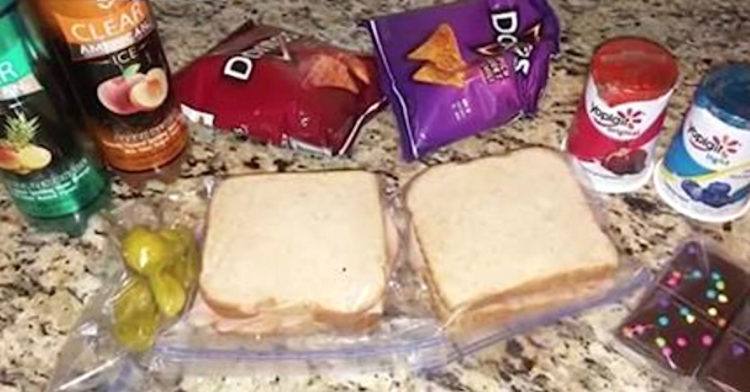 Facebook via Josette Duran
Josette then learned that Dylan’s friend’s mother is a single mom who had recently lost her job, a situation which she knew all too well.

“This hits home to me because a few years ago, me and my son were homeless,” Josette says. “I was living in my car and I was washing him in bathrooms. And we didn’t have food.”

Without a second thought, Josette began packing two lunches; one for her son and one for his hungry schoolmate. This went on for some time, until Josette was called by the school principal, who asked if she could come down to the school for a meeting.

Waiting for her was the single mother of Dylan’s friend, who had discovered what Josette was doing for her son. She had scraped together as much money as she could to give to her fellow parent, to repay her for her kindness toward her son.

Josette, however, refused to take the money. In fact, she did one better.

As the coach of the local girls’ volleyball team, Josette decided the team would do a fundraiser that would benefit kids like Dylan’s friend. The team raised $400, all of which went to buying lunches for kids who couldn’t afford to eat at her son’s school. 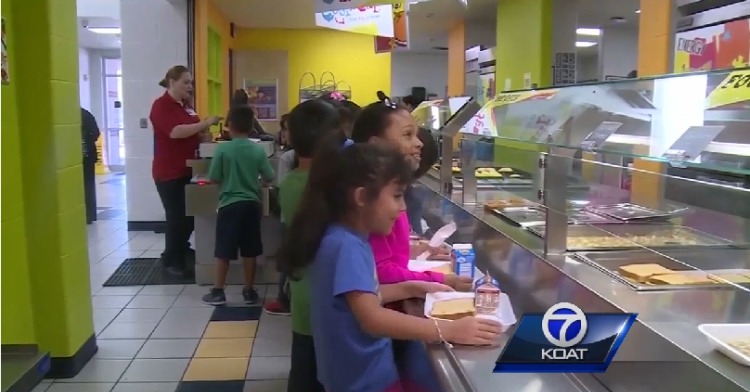 Facebook via Josette Duran
In a Facebook live video, shared below by LittleThings, Josette explains the entire amazing story as she tries to fight back tears.

“So now, nobody in that school owes any money, and now everyone can eat,” she says.

What a truly inspirational woman. She understood what it was like to have nothing; no home, no possessions, no food. So when she saw someone in that same position struggling, she couldn’t just sit back and allow it to happen. She took action, at first in a small way and then in a big way – in a way that impact hundreds of hungry kids at Dylan’s school.

We can all take our cues from this amazing story. Do what you can to help people in need, and if you feel you can make a greater impact on a larger scale, then do it! Charity knows no bounds, after all.

What do you think of this amazing story? Does this inspire you to do something positive to help people in your community? Share your thoughts on this inspirational woman and her son in the comments section below.