These Identical Twins Get The Most Amazing Makeover!

Identical twins already have a very special bond from birth, but when they stay best friends later in life, no siblings have ever had such a bond. Candy and Penny are those kind of twins. Although they live in different states, these sisters share the same career, the same haircut, and often wear the same outfit without even planning it (it’s a twin thing). And now, after 52 years of doing mostly everything the same, they’ve decided it’s time to differentiate themselves. And the Today Show makeover team is going to help them do just that! Watch the video below to see the twins’ amazing transformation.

Neither sister has cut their hair in 30 years and they both admitted that their wardrobes could use updating, which inspired them to go to New York City and try to win the Today Show makeover. We’re so happy they did – these twin accountants seem so sweet!

And best of all? It’s their 52nd birthday. Can you imagine a better birthday present than getting a head-to-toe makeover from professional stylists for free?! Yes, please.

Both Candy and Penny look amazing post-makeover – so good, in fact, that they hardly recognize each other when they’re finally brought face-to-face.

Candy’s hair was extremely layered, so the stylists had to work with what they had. They kept her hair medium-length, because they felt the longer hair flattered her face better than a pixie cut might. They also gave the layers some definition, and added some highlights at the ends of her hair and around her face. 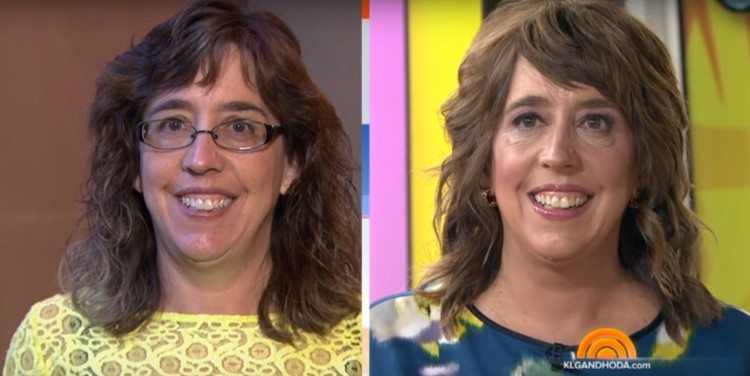 Penny’s bangs were taken away and pushed to the side. Some of the bulk was taken out of her hair and her color (and, by the way, Penny had never colored her hair before) was lightened up a bit. 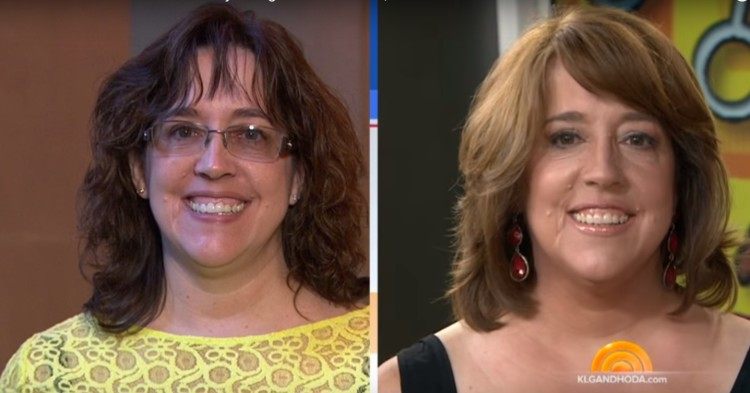 Besides the gorgeous haircuts, both women were given full faces of makeup and new designer digs to take home.

And, the cherry on top, both Candy and Penny were given bags filled with their exact coloring formula and directions, so they can maintain their new looks at home for as long as they want!

What did you think of this amazing makeover? Is this your favorite Today Show makeover? Share your thoughts in the comments section below.