These Identical Twins Have Always Had Drastically Different Appearances–See What They Look Like Now!

Anybody who is a twin or is close to a set of twins knows that, that is one unique sibling bond! Though many twins feel the need to branch out and pave their own individual path away from their brother or sister, there are some that take great pride in the closeness. Amazingly, there is a set of twins that must navigate life having the close connection, without sharing many similar physical traits.  This is the intriguing story of Gabriel and Hadin Cooper.

When Ramona Cooper was pregnant with her twin boys, she learned that her son Gabriel would be born with facial deformities called Pierre Robin syndrome which, according to NHS is a “rare condition where a baby is born with a small lower jaw and a tongue positioned further back in the mouth than usual.” This can result in difficulties breathing, eating, and speaking. 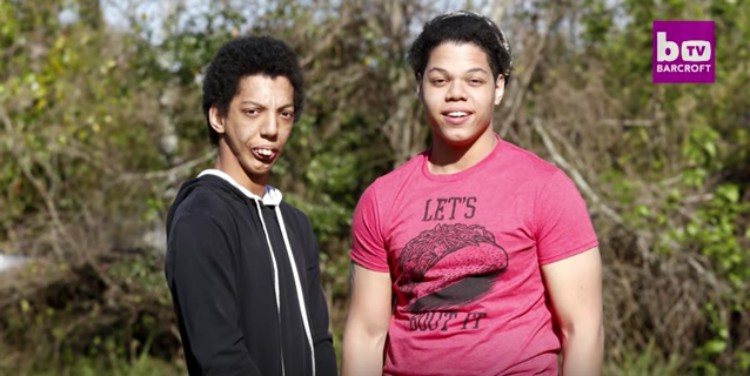 Barcroft TV
Because of the syndrome, Gabriel and his identical twin brother Hadin do not closely resemble one another. Though others can’t pick up on the outside similarities, Hadin tells Barcroft TV, “Even though we look different on the outside, we’re still twins on the inside.”

Unfortunately, Gabriel encounterd some harsh bullying throughout school by people who were unaware of what his disfigurement entailed. Because of the ignorance, Gabriel explains that he was repeatedly left out. Nonetheless, the teenager’s positive attitude has silenced the naysayers. “Now that I have made myself a respectable young man, they treat me as such.”

Barcroft TV
At age 19, Gabriel made the decision to undergo surgery on his jaw. The surgery itself was not purely meant to be cosmetic— it was ordered to help the teenager eat and talk more easily.

Gabriel learned about the charity–Little Baby Face Foundation–that would help fund his surgery from his former teacher Jenni Currie. Of his upcoming surgery, she says: “Gabe has got so much intelligence and so much to offer. Unfortunately, so many people don’t see beyond the exterior.”

Gabriel and Hadin’s mother, Ramona Cooper has complex feelings regarding the procedure. “I don’t want Gabriel to feel like this surgery is to make him look like Hadin, as if how he looks is wrong, and Gabriel’s the right side.” She goes on to say: “I think Gabriel will look like Gabriel, but different. I don’t know how to explain it. I just know that there is no part of me that feels that one should look like the other.”

The teenager went under the knife for his first reconstructive surgery in early 2016. Though not fully healed, it’s easy to see that his appearance is changing! 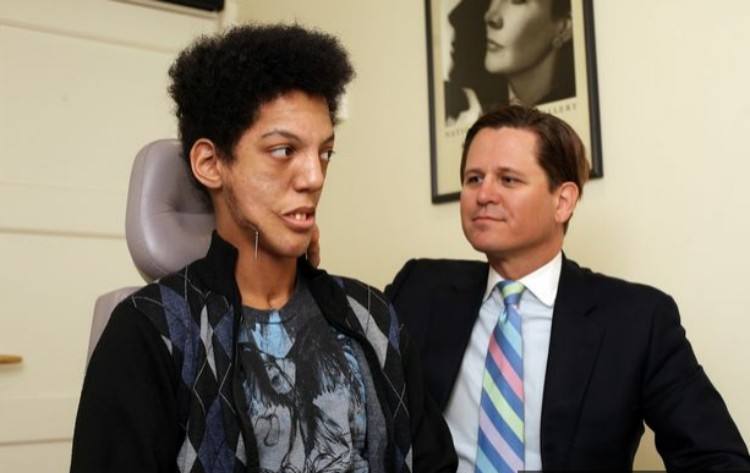 Barcroft TV
Watch the video below to learn more about this courageous family. You’ll be impressed by this eloquent young man’s maturity.

Have you or anyone you’ve known been affected by Pierre Robin syndrome? Do you have any personal stories about reconstructive surgery? What do you think about Gabriel’s decision? Tell us all about your stories and opinions in the comments section below!