Flying is an essential means of travel for millions of people — and, ironically, it’s one of the most common fears in the world. 20 million people suffer from “aviophobia” or a fear of flying, and for pretty good reason. It’s true that statistically speaking, you have more of a chance of being struck by lightning or attacked by a shark than being in a free-falling plan, but that doesn’t stop us from being nervous during every take-off.

One of the worst things that someone who’s afraid of flying can experience is turbulence, otherwise known as that random shaking or feeling of falling that could make anyone’s heart pound.

Pilots have widely stated for years that turbulence — while scary — isn’t a real threat; it would take much more than some bumps to ground a commercial airline, and it has never happened before. However, lately, there have been some incidents of extreme turbulence that have been scaring passengers and flight crew alike.

In one case, on a flight to Dallas, random and extreme turbulence caused one flight to drop 1,000 ft. in the air. On another flight going to Bangkok, passengers were tossed around so badly that nine people had to be hospitalized from the injuries. 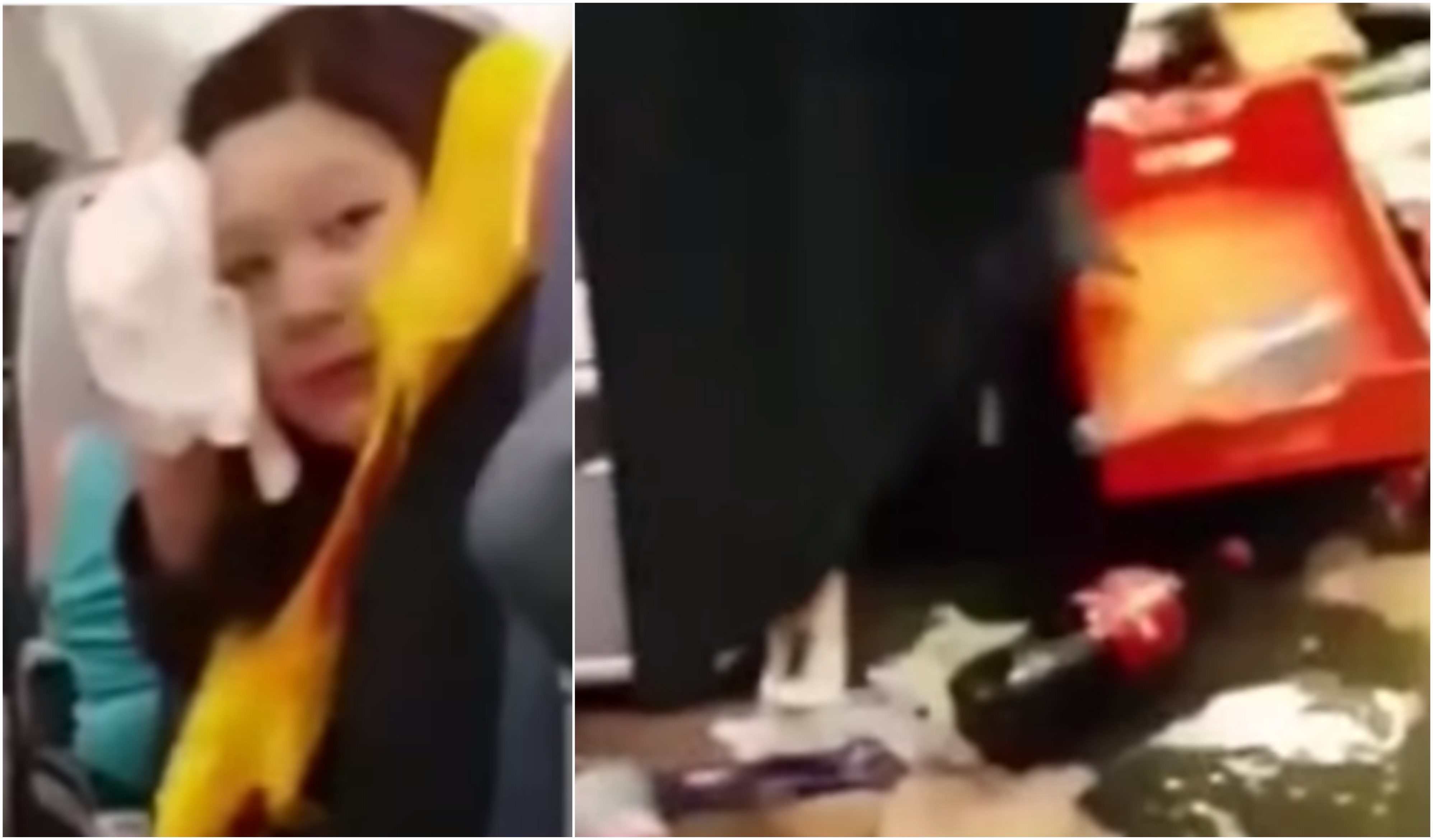 Needless to say, incidences like this don’t help people who suffer from anxiety while flying.

Well, the TODAY show did a helpful segment which gave us a few methods anyone can use to ease fear during flying. They brought cameras to a facility called “Air Hollywood,” a place that claims to help people overcome their fear of flying.The facility takes those with aviophobia through the entire flying process, ending in an airplane simulator which can give the feeling of light to severe turbulence.

The facility takes those with aviophobia through the entire flying process, ending in an airplane simulator which can give the feeling of moderate to severe turbulence. It’s in that flight simulator that TODAY producer and 40-year airline veteran, Ron Neilsen, showed audiences some of the best ways to cope with flying from takeoff to landing.

When the plane is gaining speed and preparing to takeoff, most passengers have a tendency to tense up out of fear. Well, Neilsen says that’s not a bad way to handle the nerves.

Tightening your entire body for about 30 seconds while the plane is rolling down the runway is a great way to release chemicals like adrenaline which are hyping you up. After doing this for half a minute, release your body and begin breathing deeply.

A brilliant trick to take your mind off the bouncy turbulence is all in your name, as it turns out! Using your non-dominant hand, begin writing your name over and over. This will pull your attention away from your fear and engage your motor function to really keep your distracted.

If you’re still nervous, start breathing through a drinking straw; this will help to narrow your breathing so you don’t hyperventilate and get light headed.

Will you try these tricks the next time you’re flying? Make sure to share your thoughts, and any tips you have, with us.