They just don’t make cereal like they used to. Cereal in the 1990s was on a whole other level than it is now. We had our Sprinkle Spangles and our French Toast Crunch. We had our Oreo O’s and our Count Chocula. The more sugar, the better!

All of these fun cereals are retired now and replaced by more trendy healthy cereals, like Chia Puffs and Grape Nuts

In fact, there are only a select few sugary cereals that lasted through the years however—to name a few, there’s Lucky Charms, Honey Smacks, and our personal favorite, Trix.

We can’t lie, the little fruity pieces in Trix cereal always make us feel like a kid again. The orange slices, the grape puffs, the red berries…

Except, if you’re not aware, Trix cereal pieces actually haven’t been in fruit shapes since the early 2000s. For some cruel reason, General Mills decided to do away with the shapes and have each piece be the same boring circular shape.

Sure, they kept the same vibrant colors Trix is known for, but without the fruit shapes it just wasn’t the same. And Most Trix lovers did not take this change well.

But there’s good news! It may have taken almost two decades and over 20,000 requests (seriously), but General Mills has finally listened to the fans.

All hail the cereal gods. You guys, Trix fruity shapes are BACK!

“We have heard from an overwhelming number of Trix fans who have been calling, emailing and reaching out on social media telling us that they want fruity shapes back,” said Scott Baldwin, director of marketing for General Mills Cereal, in a release. “Kids of the 90s can rejoice, their fruity shapes are back in Trix.”

Allow us to rejoice in a huge YAAASSSS! 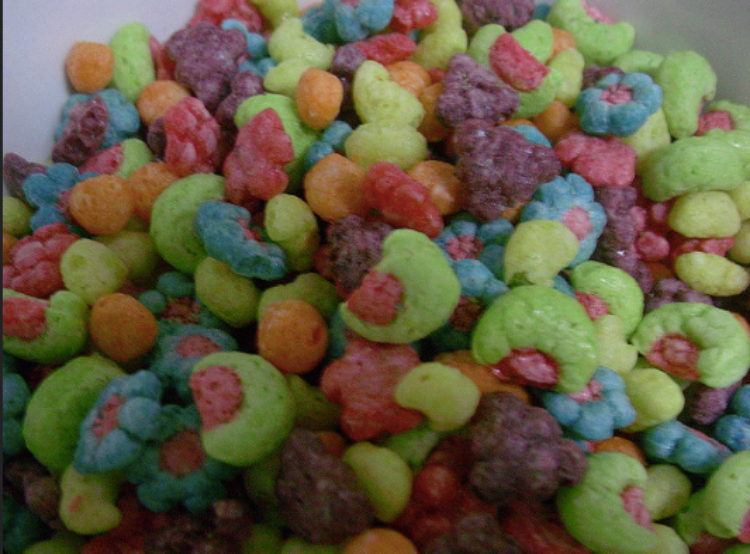 After the news came out, social media exploded with happy Trix fans.

“Trix cereal is switching back to the fruit shapes instead of the little spheres. I am whole again,” one Twitter user posted.

“Honestly Trix announcing their cereal will be fruit shaped again was the happiness we all needed for this miserable 2018 year,” another said.

This isn’t the first time Trix has made some changes in their cereal. After launching for the first time in 1954, they were actually originally round, and much more pastel in color.

The shapes only came to be in 1991, and then taken away again in the 2000s. They actually tried to go back to the pastel colors but that’s when fans expressed the utmost concern—so much so that General Mills never went ahead with that change.

We’re just glad they’re finally bringing back the shapes—it feels like our childhood has resurrected and we can really be a kid again. After all, Trix are for kids! (Or are they for millennials, which are basically the group responsible for the ruckus? Food for thought).

Are you a Trix cereal fan? Are you excited for the return of the fruity shapes? What’s your favorite ‘90s cereal?