Parents with multiple (more than two) children often joke that they need to develop a third or even a fourth arm. With so much going on at any given time, it can be hard to manage more than two kids when you just have two arms, legs, and eyes, right?

When you think about it, having three kids significantly complicates a lot of things. You have to get a bigger car, a bigger house…ride the rides at Disneyland three separate times. You’ve become outnumbered.

For one father, the biggest problem presented to him when he had a third child, Rose, was being able to read to all three at once. You see, the father, Hal Taylor, loved reading books to his kids and having them sit in his lap as they did it.

That was all well and comfortable when he had two kids. But when he had his third, he realized he wasn’t going to be able to continue the reading-in-the-lap tradition.

The good news: Hal is a problem-solver. He’s also a master craftsman. Combine those two and you know you’ve got a recipe for success.

Hal thought long and hard about this but eventually came to a great conclusion. “I did not have a lap large enough for three children [so] I had to come up with something,” he said.

He decided to create a rocking chair designated toreading stories that was comfortably able to fit all three children. He coined the chair the “Storytime Rocking Chair,” and is now selling it for between $7,000 and $7,500 on his website. Yes, it’s that amazing! 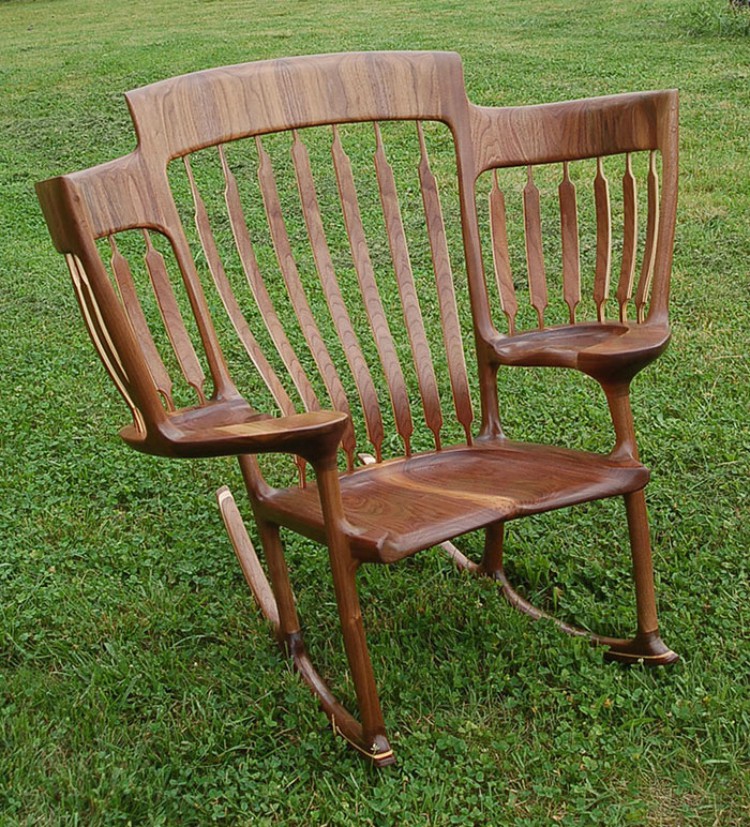 “When Rose was born, she proved herself to be the ‘communicator’ in the family…she was NOT going to be left out of the reading crowd,” Hal said. “Now, all three children could have a comfortable seat when reading.”

The chair was created with over 200 pieces of wood, all cut and shaped to precise measurements. All of those pieces make up the 19 back braces of the chair. For those who aren’t professional rocking chair makers, “that is more pieces than you will find in 20 normal rocking chairs!” Hal explains.

As far as having three kids, Hal doesn’t see it as a burden at all.

“I have heard it said that children change your life more than you change theirs’ I believe that to be true,” he says.

Do you have more than two kids? Do you find having three has more challenges than two? Would you purchase this rocking chair that easily fits three children?