You Won’t Believe What She Looks Like Hundreds of Pounds Lighter!

Whether you have always been a health nut or are just now considering paying attention to your diet and exercise, it’s safe to say that the journey can be a trying one. Just the same, the reward that comes with feeling lighter, more energetic, and best of all, stronger, is completely worth ditching the burgers and couch time to attain. 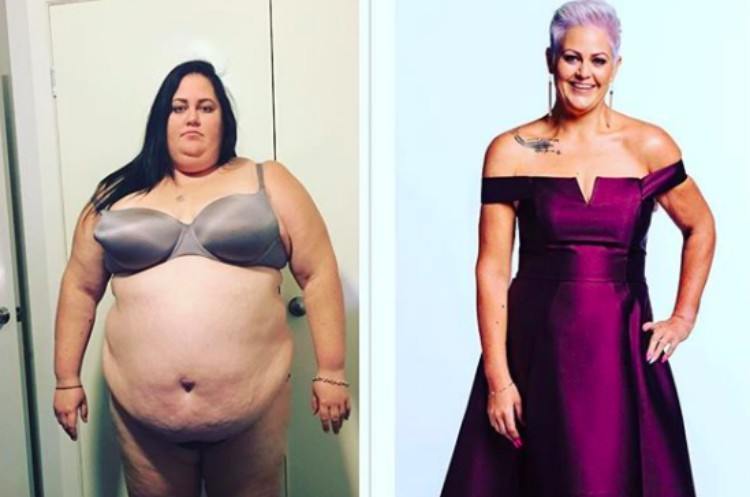 You see, Elena – or Elle, as she is known to her fans – first became inspired to drop the weight when she got a disturbing message from her doctor. After being diagnosed with Type 2 diabetes and severe sleep apnea, she was told that she wasn’t expected to live to celebrate her 40th. It was a jarring warning, but one that pushed her to make a pivotal decision.

Soon after the ominous prognosis, Elena decided to take charge of her health once and for all by scheduling a gastric sleeve surgery. The operation slimmed her stomach down so much that she could only eat very small meals—quite the departure from the supersized fast foods that she was used to munching on before.

She quickly lost much of the excess weight, but instead of focusing on simply getting skinny, she set her sights on getting strong.

Within the past year, she has participated in triathlons and even completed the Cairns Ironman 70.3. By December of this year, she hopes to finish a full Ironman, which consists of a 2.4-mile swim, a 112-mile bicycle ride, and 26.22-mile run—all in ONE DAY!

It’s considered to be one of the toughest races in the world, but Elena is not letting that fact deter her. In an interview with the Cairns Post, the triathlete discusses what it’s like to push through the negativity.

“I had a lot of people, back in the beginning, who told me that I was crazy and I was not going to be able to do it,” Elena remembers. “But I used that as fuel—that really fueled me to get me where I am today.” 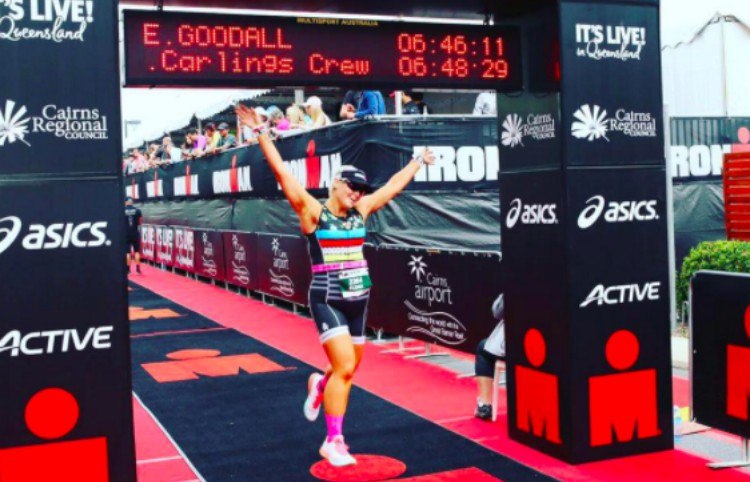 Since first documenting her weight loss journey roughly 2 years ago, the slimmed-down Aussie has amassed quite the following which includes tens of thousands of followers on social media, as well as countless interviews with international news outlets.

It’s clear that Elena has not only used her new healthy lifestyle as a means to lose weight but also as a way to completely reinvent herself. Many of her followers write that they are amazed that she is even the same person from the one in the “before” photos—and we have to say that we completely agree with them!

You can see the entire journey of the ever-inspirational Elena Goodall on her Instagram page here. We have never been more motivated to go workout!

We’d love to hear what you have to say about this “iron woman’s” weight loss. Have you undergone a similar journey to that of Elena? If so, how did you go about doing it? Do you have any advice for aspiring triathletes?