For Only $213, You Can Take This Scenic Train Ride Across the U.S.

Have you ever dreamed of “riding the rails?” You know, taking part in that vagabond lifestyle, moving from city-to-city until you find “your place?”

Ok, we know, we know, most of us have way too much going on, on the job and family front to make that wanderlust dream a reality, but if it’s a fantasy of YOURS, there IS a great alternative to the boxcar beat… 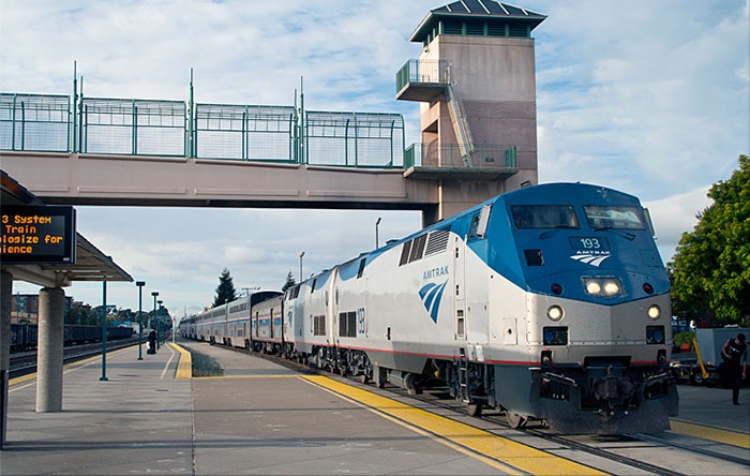 Well, maybe not as affordable as the aforementioned freight hopping lifestyle, but it does cost less than a new outfit and doesn’t require you to share a non-passenger car with some unsavory characters.

The scenic train ride that we’re describing goes across the entire United States–from coast to coast–and, believe it or not, will only set you back roughly $213 for the entire trip. (And, this price does get lower depending on fluctuating specials, purchase date, etc.)

Travel blogger extraordinaire, Derek Low, famously outlined this trip in a post on his blog several years ago. Unsurprisingly, his unique travel recommendation went viral. It’s been shared a staggering 4 million times–and for good reason, Low gives a play-by-play of the itinerary in a manner that makes it seem so simple, you’ll wonder why more people haven’t taken advantage of this way of traveling.

Where this ultra-inexpensive train trip takes you

The cross-country trek, which is fully-operated by Amtrak, takes you on a 3,400-mile, 4-day journey that begins in the San Francisco Bay Area (Emeryville to be exact) and ends in the Big Apple. Between the starting point and the destination, passengers get a chance to get up-close-and-personal with some of the most cherished landscape that the United States has to offer, including the desert, the plains, the mountains, the Great Lake Region, and even highly-underrated, Upstate New York.

Amtrak passengers can also hop on and off the train in a number of famous cities, like Salt Lake City, Denver, Chicago, and, of course, New York City.

Naturally, not all of the details of the trip are the rosiest, if you want to take advantage of the super-cheap $213 price point. Lauren Modrey’s post entitled You Can Take a Train Across the USA for $213, But You’ll Lose Your Mind points out that Derek Low’s cheap and long-reaching route is legit, but it also forces passengers to be on the train in Coach for the entire trip.

But, potential discomfort aside, it’s an incredible trip at a truly incredible price, especially considering the fact that train travel is usually pretty pricey in this country. For example, an Amtrak ticket from Los Angeles to San Diego–that’s only about 120 miles from point to point–costs around 70 bucks. Makes the $213 trip seem like chump change, huh?

To learn even more about Derek Low’s affordable, coast-to-coast train ride and to get a preview of some of these beautiful sights, be sure to watch the video below.


We’d love to hear your thoughts on this cross-country train route. Have you ever completed this trip before? If so, do you have any tips for people considering it? What’s your all-time favorite train route?